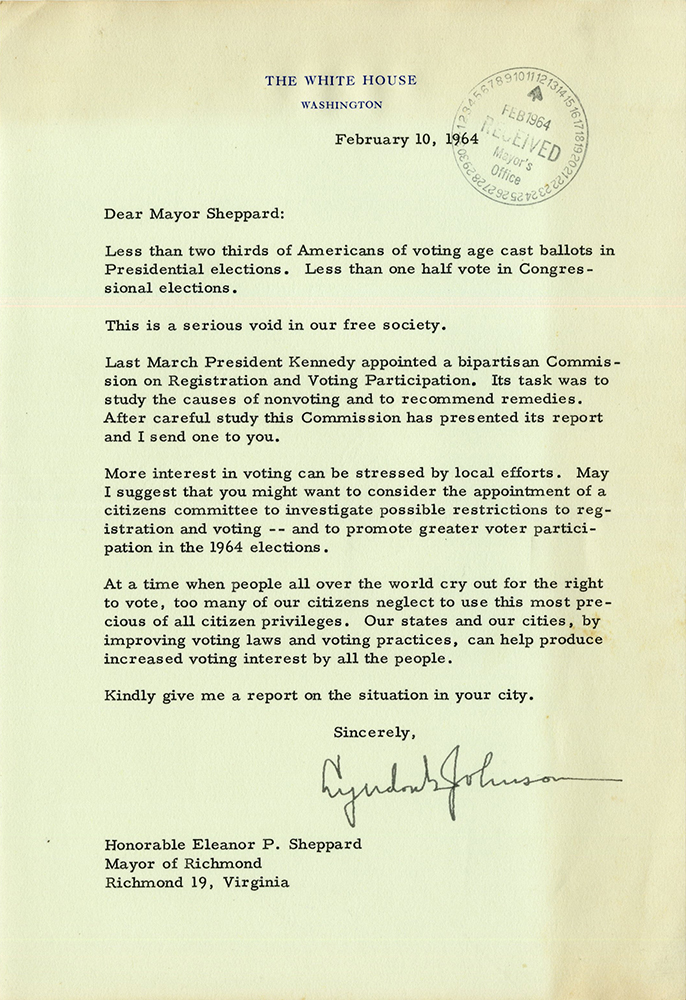 Less than two thirds of Americans of voting age cast ballots in Presidential elections. Less than one half vote in Congressional elections.

This is a serious void in our free society.

Last March President Kennedy appointed a bipartisan Commission on Registration and Voting Particpation. Its task was to study the causes of nonvoting and to recommend remedies. After careful study this Commission has presented its report and I send one to you.

More interest in voting can be stressed by local efforts. May I suggest that you might want to consider the appointment of a citizens committee to investigate possible restrictions to reistration and voting -- and to promote greater voter participation in the 1964 elections.

At a time when people all over the world cry out for the right to vote, too many of our citizens neglect to use this most precious of all citizen privileges. Our states and our cities, by improving voting laws and voting practices, can help produce increased voting interest by all the people.

Kindly give me a report on the situation in your city.