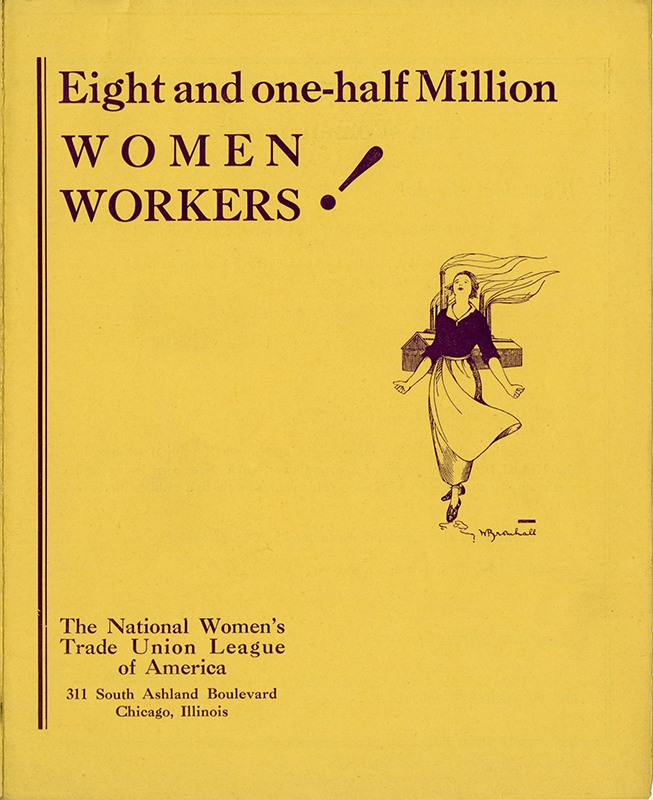 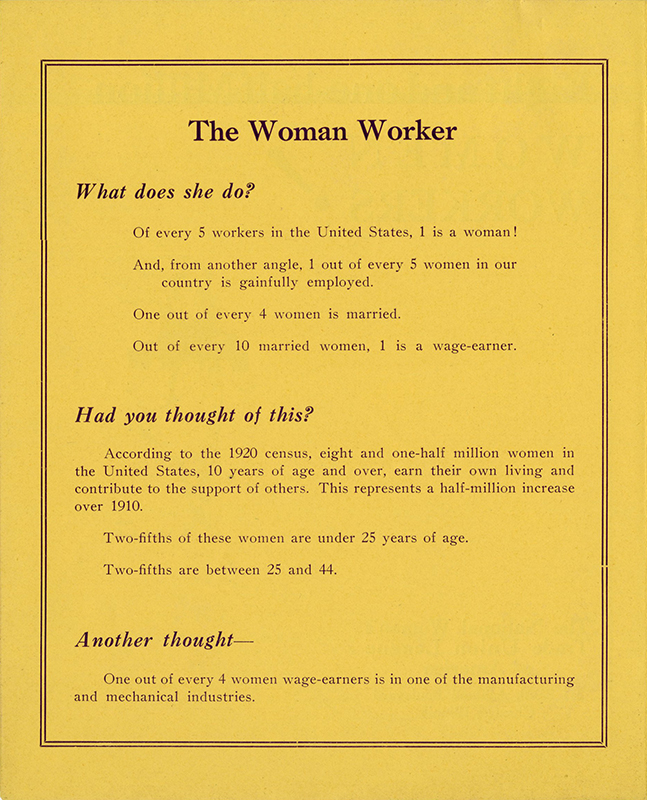 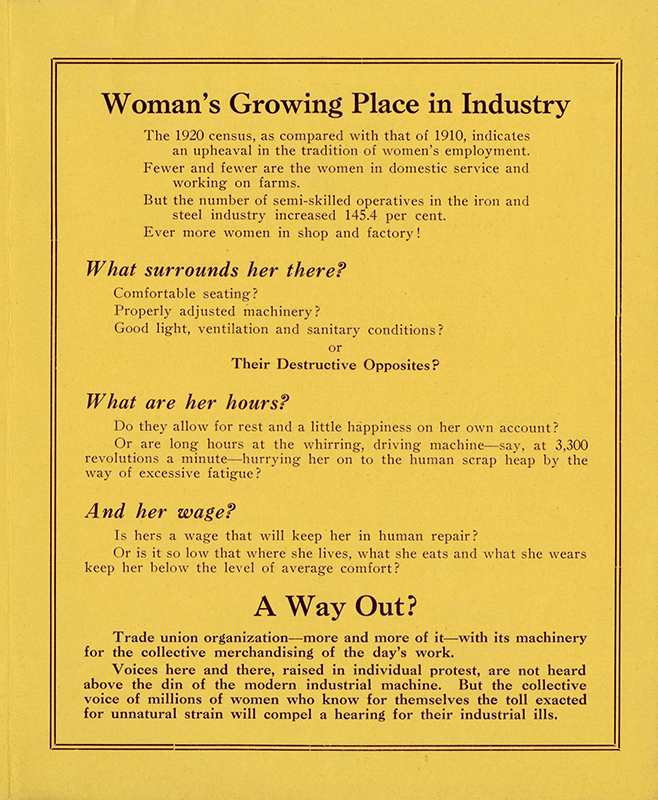 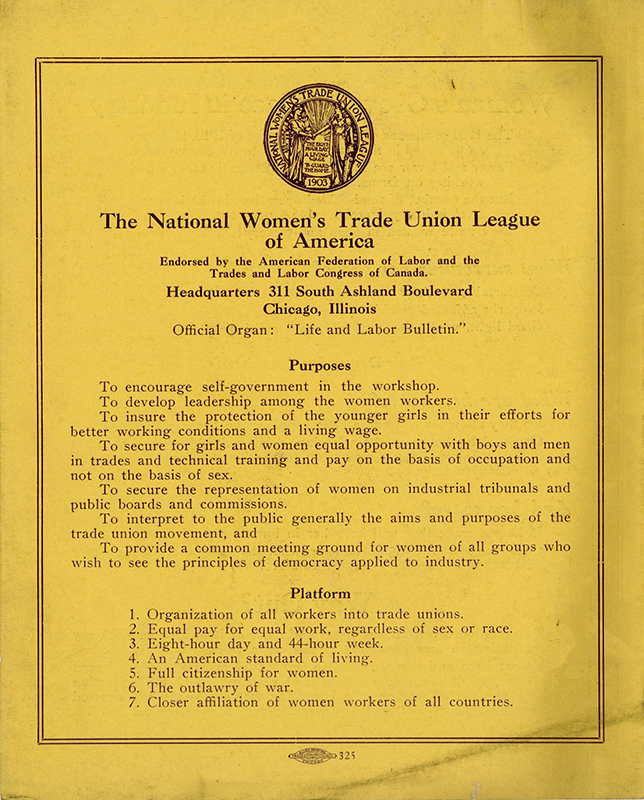 Pamphlet promoting the work of the National Women's Trade Union League of America. The NWTULA advocates for better working conditions, hours, and wages for women and girls.

Cover illustration of a young female factory worker. Her apron and the smoke from factory smokestacks behind her are caught by the wind. Illustration by Winifred Bromhall, best known for her work as a children's book artist.

p. 2  "According to the 1920 census, eight and one-half million women in the United States, 10 years of age and over, earn their own living and contribute to the support of others. This represents a half-million increase over 1910....

One out of every 4 women wage-earners is in one of the manufacturing and mechanical industries."

p. 3  "A Way Out? Trade union organization--more and more of it--with its machinery for the collective merchandising of the day's work.

Voices here and there, raised in individual protest, are not heard above the din of the modern industrial machine. But the collective voice of millions of women who know for themselves the toll exacted for unnatural strain will compel a hearing for their industrial ills."