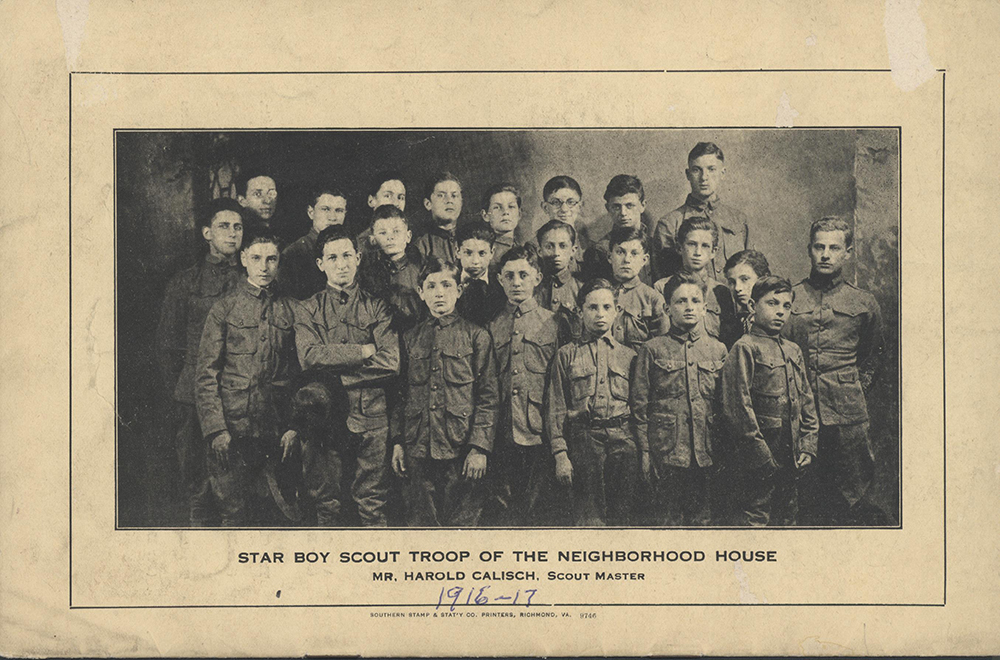 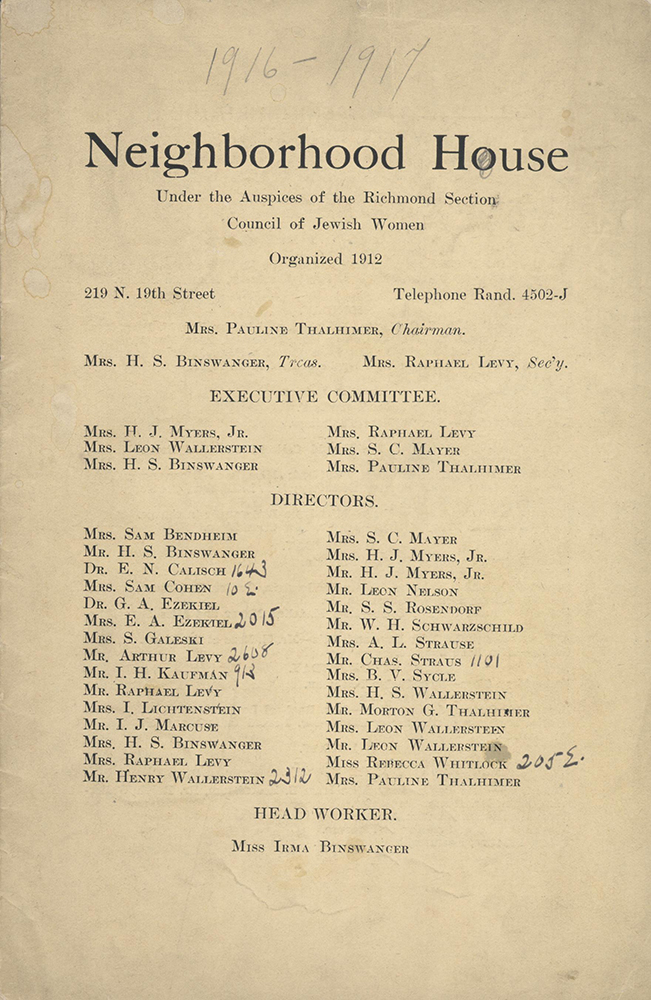 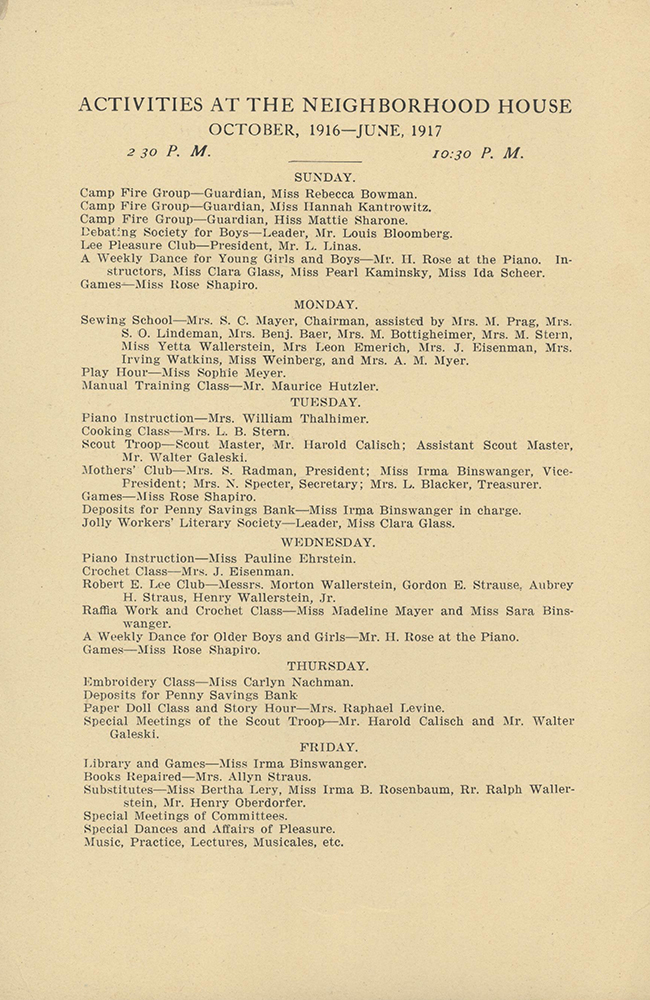 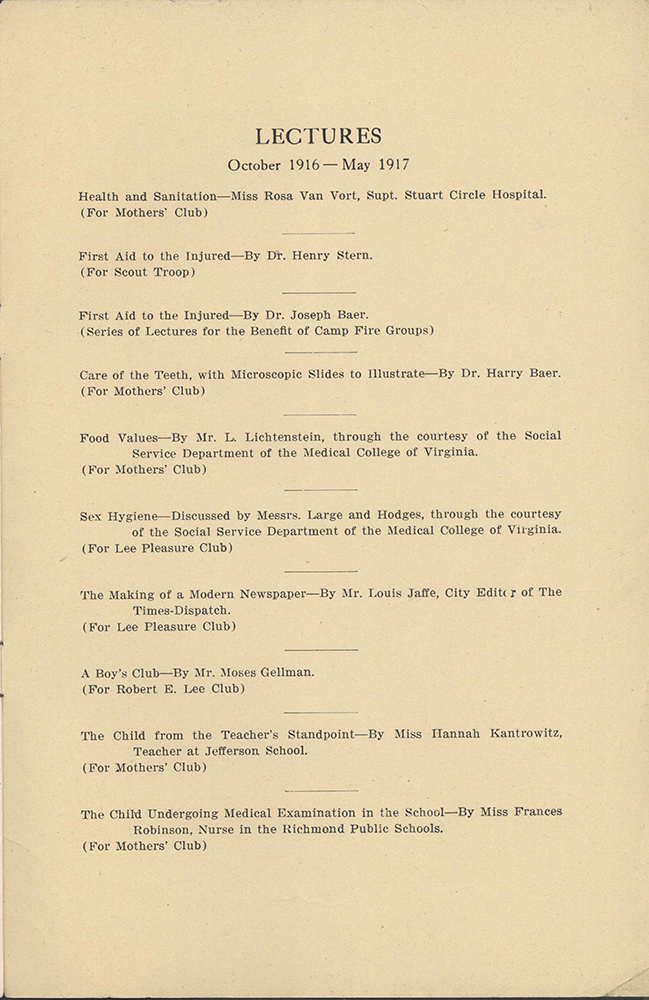 In the early 1900’s, non-resident settlement houses were created throughout the country to assist with immigrant adjustment to America.  In 1912, the Richmond Section of the National Council of Jewish Women established Neighborhood House at 19th and Broad Streets. Programs of social, recreational and religious activities were provided for the children of recent Jewish immigrants.