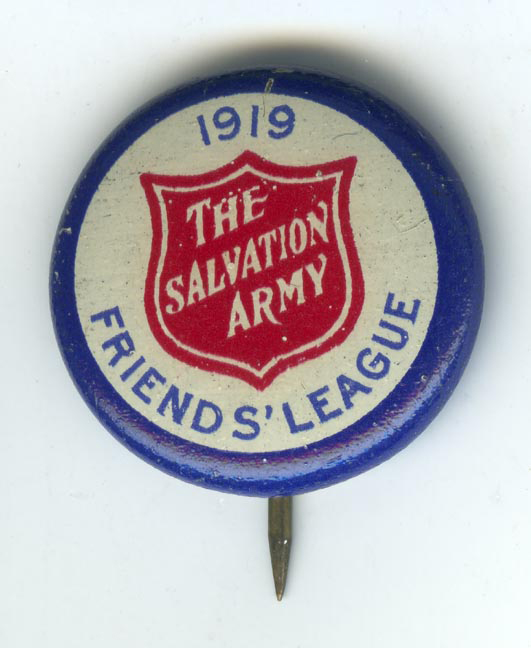 In 1885, Methodist minister William Booth established the Christian Mission Center in East London for the city’s poor and homeless.  Booth changed the name to The Salvation Army in 1878, using military terms to organize the evangelical Christian movement. By the early 20th century, the Army had an international presence, with its various “corps” providing food depots, day nurseries and missionary hospitals.

The Richmond Corps No. 1 opened on S. Linden Street in 1885. Richmond would eventually have three corps that operated youth clubs, a men’s home and the Evangeline Booth Home and Hospital for unwed mothers.

The Friends League of the Salvation Army was a membership drive which, in 1919, cost $1, $2 or $5 a year. The funds raised from membership subscriptions financed the activities of the Army.

The Valentine (Gift of Mr. William B. O'Neal)