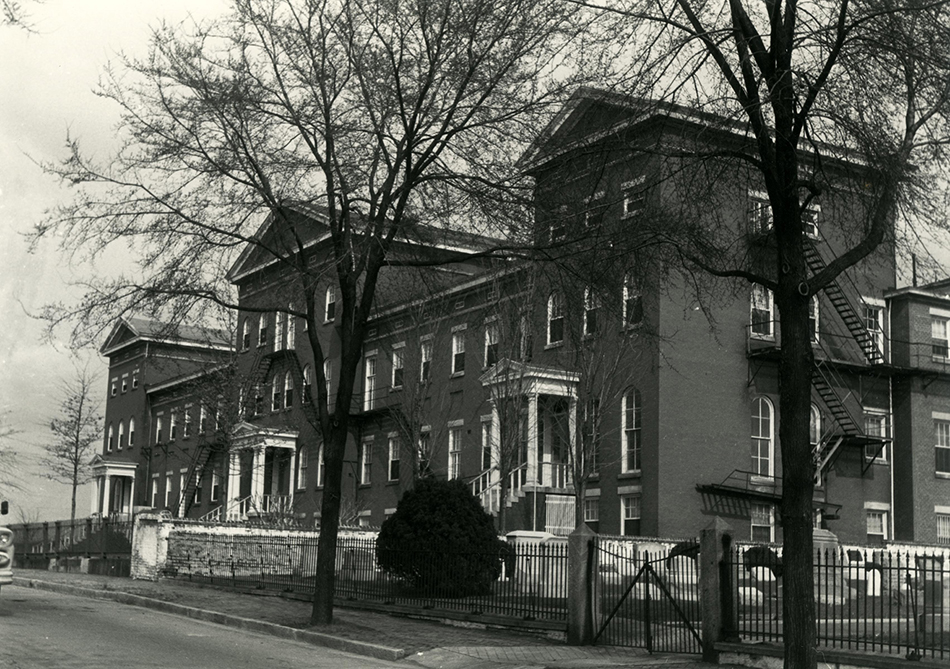 Richmond’s Committee for the Relief of the Poor managed white and black almshouses, a soup kitchen, a hospital and other health and social services. Construction of a new white almshouse on Hospital Street finished in 1860. During the Civil War, the building served as a Confederate hospital. Afterwards, it was briefly a home for the Virginia Military Institute and then resumed its original purpose.

By the early 20th century, this almshouse was called the City Home. In 1959, the City Home became the Richmond Nursing Home, which operated until 1972. Today, the complex has been repurposed as low income apartments for seniors.