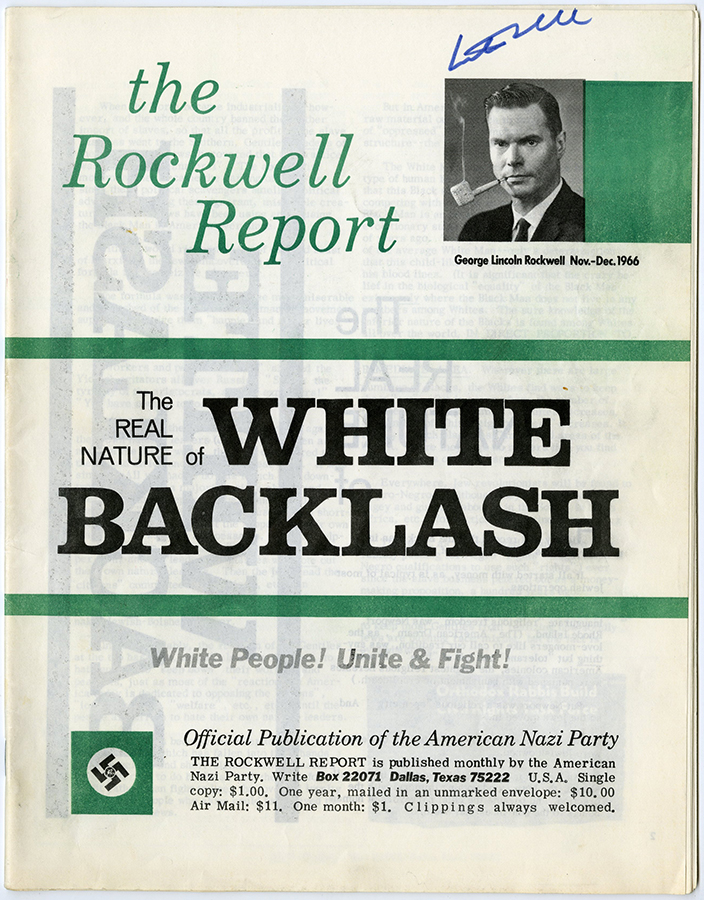 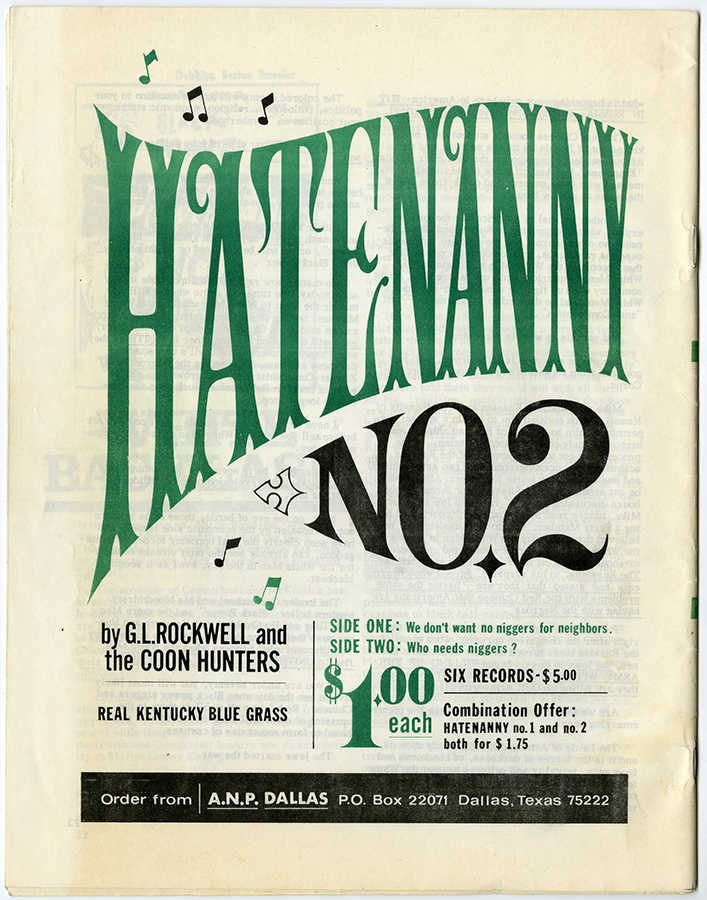 Advertisement on the back cover for Hatenanny Records No. 2 by G.L. Rockwell and the Coon Hunters.

Rockwell attempted to draw attention to the ANP by starting a small record label, named Hatenanny Records. The label released several 45 RPM singles, including recordings by a group credited as Odis Cochran and the Three Bigots, that were sold mostly through mail order and at party rallies. (savethevinyl.org)