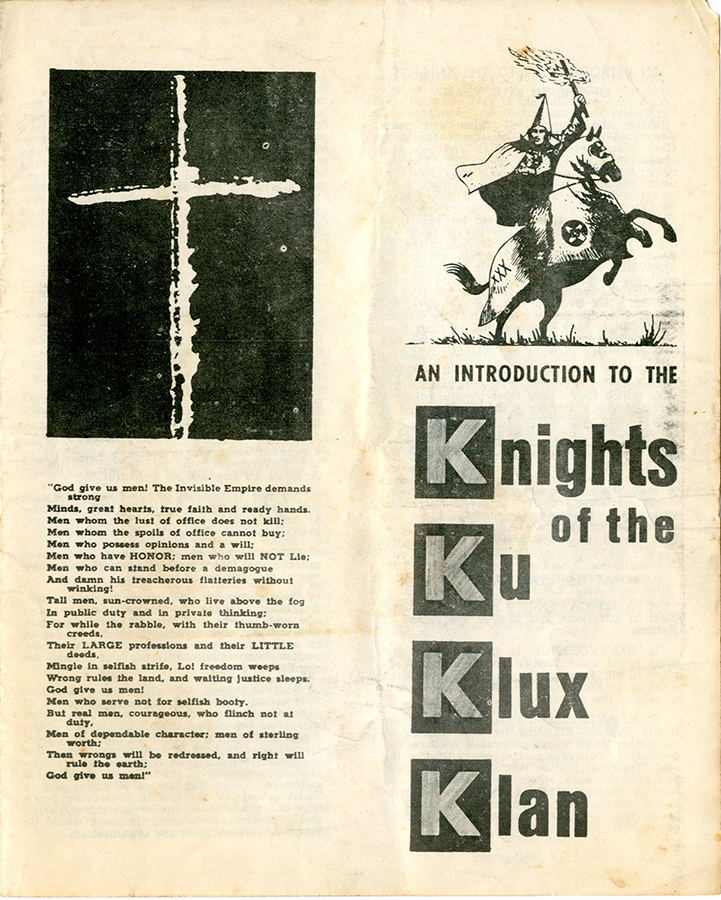 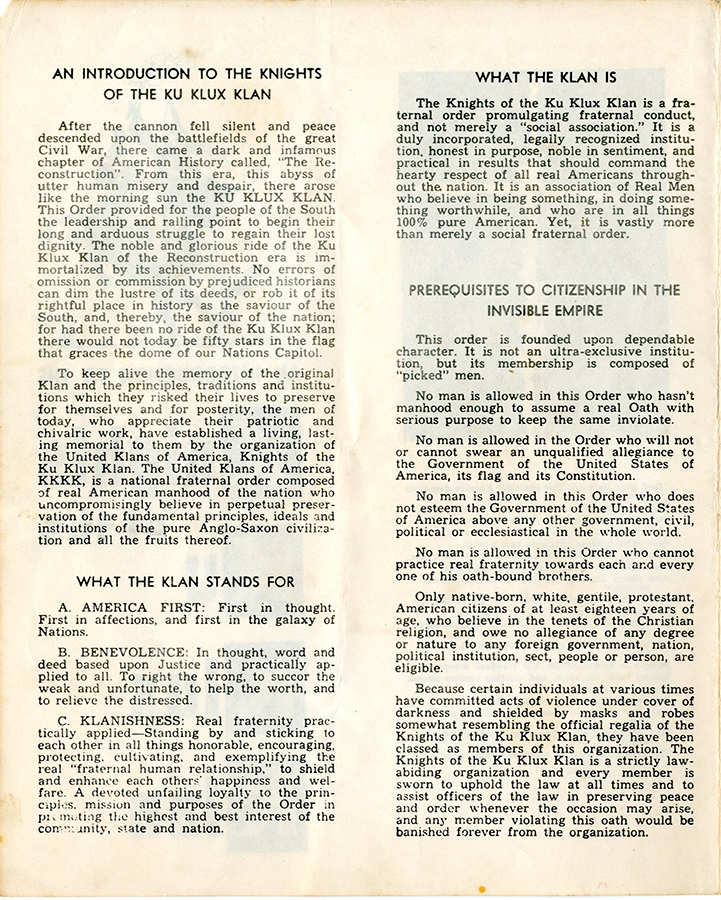 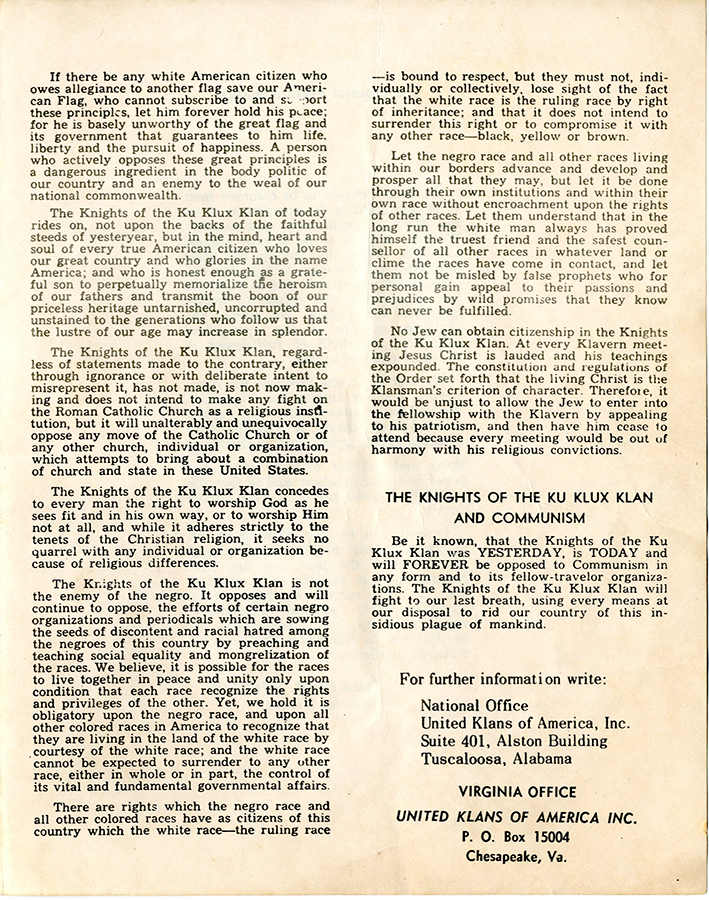 "The Knights of the Ku Klux Klan...is not now making and does not intend to make any fight on the Roman Catholic Church as a religious institutions, but it will unalterably and unequivocally oppose any move of the Catholic Church or of any other church, individual or organization which attempts to bring about a combination of church and state in these United States."

"The Knights of the Ku Klux Klan is not the enemy of the negro. It opposes and will continue to oppose, the efforts of certain negro organizations and periodicals which are sowing the seeds of discontent and racial hatred among the negros of this country by preaching and teaching social equality and mongrelization of the races....we hold it is obligatory upon the negro race, and upon all othered colored races in America to recognize that they are living in the land of the white race by courtesy of the white race; and the white race cannot be expected to surrender to any other race, either in whole or in part, the control of its vital and fundamental governmental affairs."

"No Jew can obtain citizenship in the Knights of the Ku Klux Klan....The constitution and regulations of the Order set forth that the living Christ is the Klansman's criterion of character. Therefore, it would be unjust to allow the Jew to enter into the fellowship with the Klavern by appealing to his patriotism, and then have him cease to attend because every meeting would be out of harmony with his religious convictions."