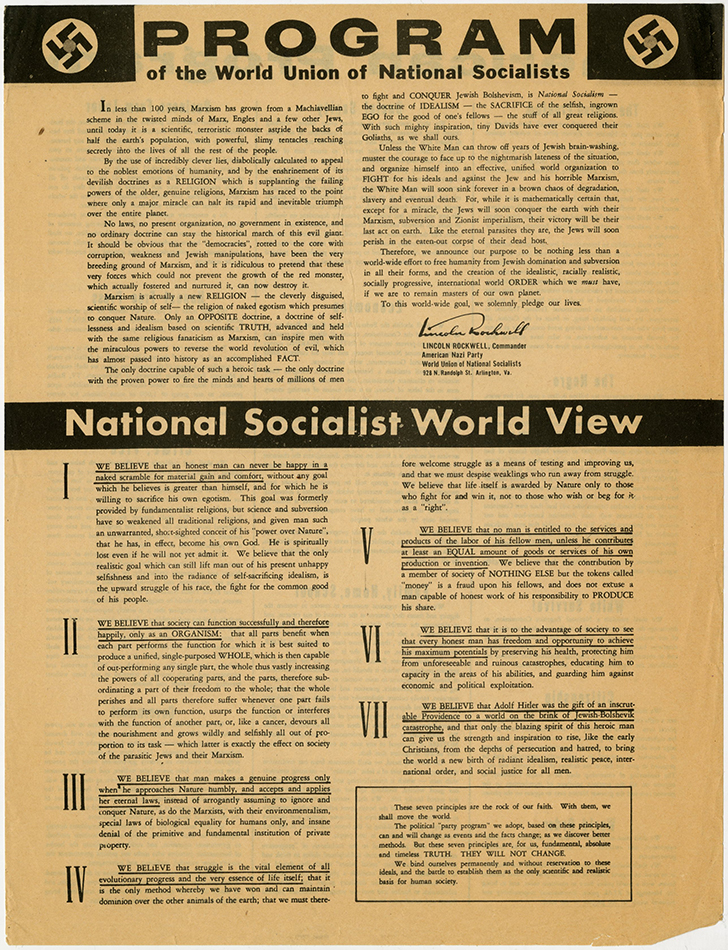 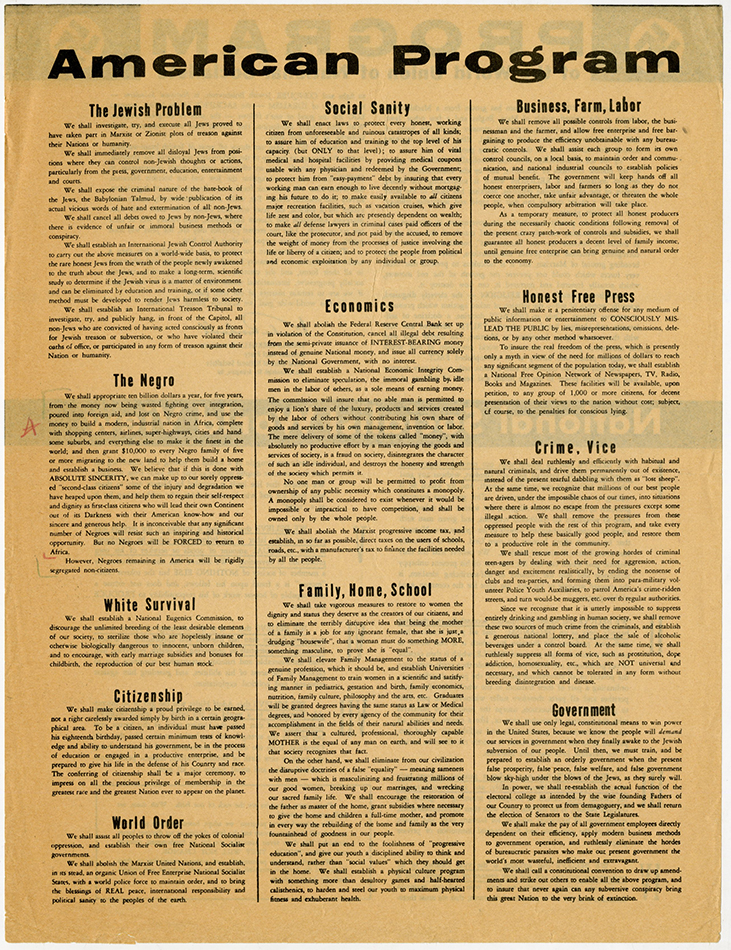 Two-sided handbill setting out the beliefs and purpose of the World Union of National Socialists. Signed by Lincoln Rockwell, Commander, American Nazi Party, this document states the organization's belief that Marxism is a religion promoted by the Jews. The first side of this handbill sets out a Creed, while the reverse gives an "American Program," listing actions that will be undertaken to solve various perceived problems.

Using hyperbolic language to appeal to readers' sense of heroism, this manifesto states,

"The only doctrine capable of such a heroic task -- the only doctrine with the proven power to fire the minds and hearts of millions of men to fight and CONQUER Jewish Bolshevism, is National Socialism -- the doctrine of IDEALISM -- the SACRIFICE of the selfish, ingrown EGO for the good of one's fellows -- the stuff of all great religions....

Therefore, we announce our purpose to be nothing less than a world-wide effort to free humanity from Jewish domination and subversion in all their forms, and the creation of the idealistic, racially realistic, socially progressive, international world ORDER which we must have, if we are to remain masters of our own planet.

To this world-wide goal, we solemnly pledge our lives."