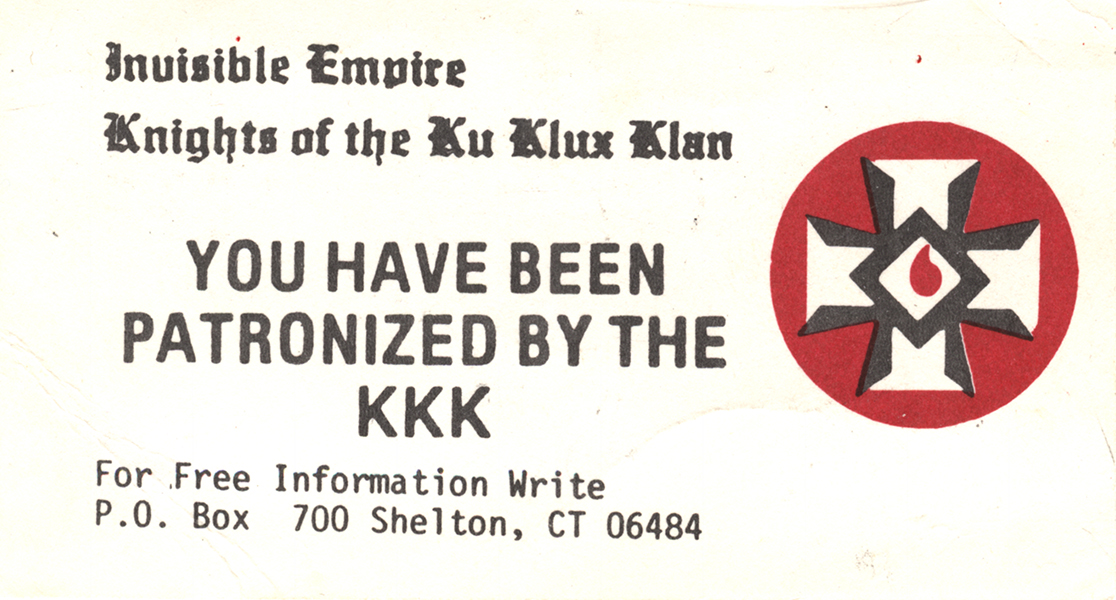 Also printed on the card is a black and white cross within a red circle. The cross has a red drop-like shape at its center. This is a symbol that originated with the "Second Ku Klux Klan" of the early 1900s. The cross-like shape is formed by four letter "K" images arranged in a square facing outwards. In the center is a yin-yang symbol.

Eventually, the four letters were re-oriented to a more vertical position, causing the symbol to look like a cross instead. At the same time, the white part of the yin-yang symbol disappeared, leaving only the colored part, which resembled a drop of blood.
Today, this symbol is known as the MIOAK (an acronym for "Mystic Insignia of a Klansman") or, more commonly, the Blood Drop Cross (See ADL, Hate Symbols Database).

Verso of this card has information about the mission of the Ku Klux Klan.