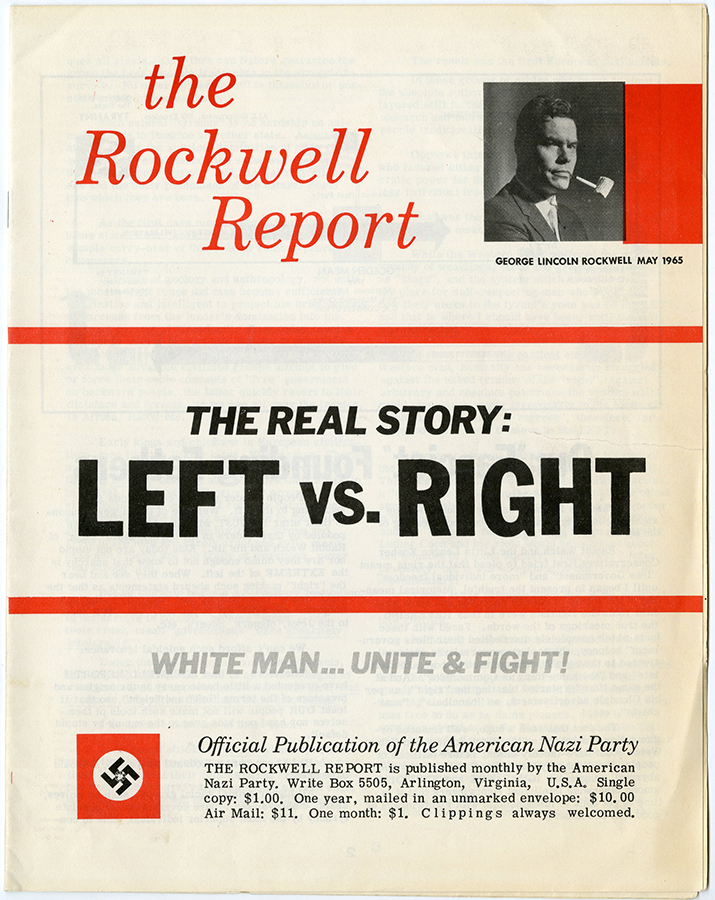 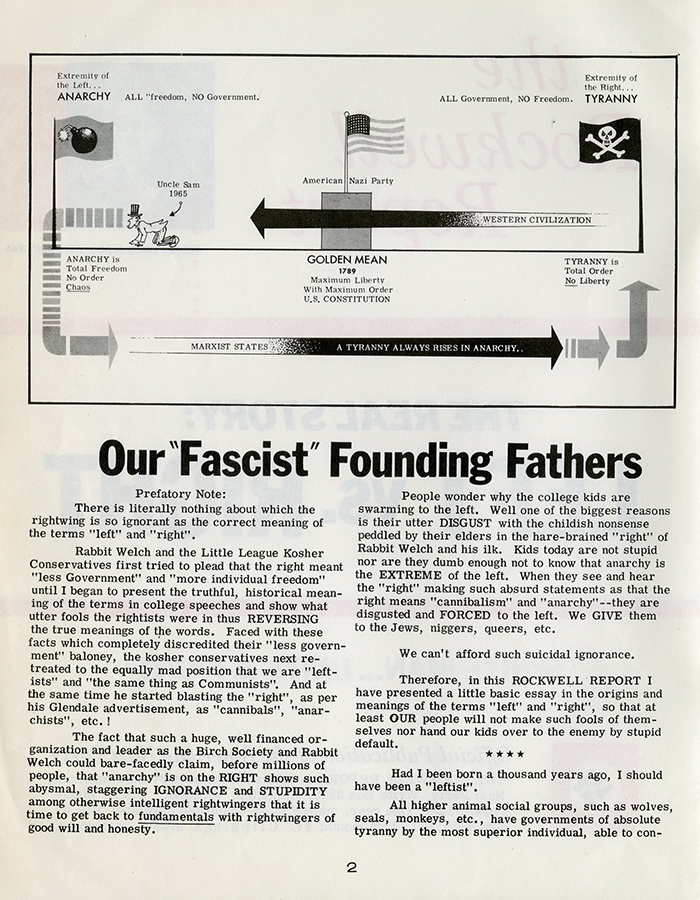 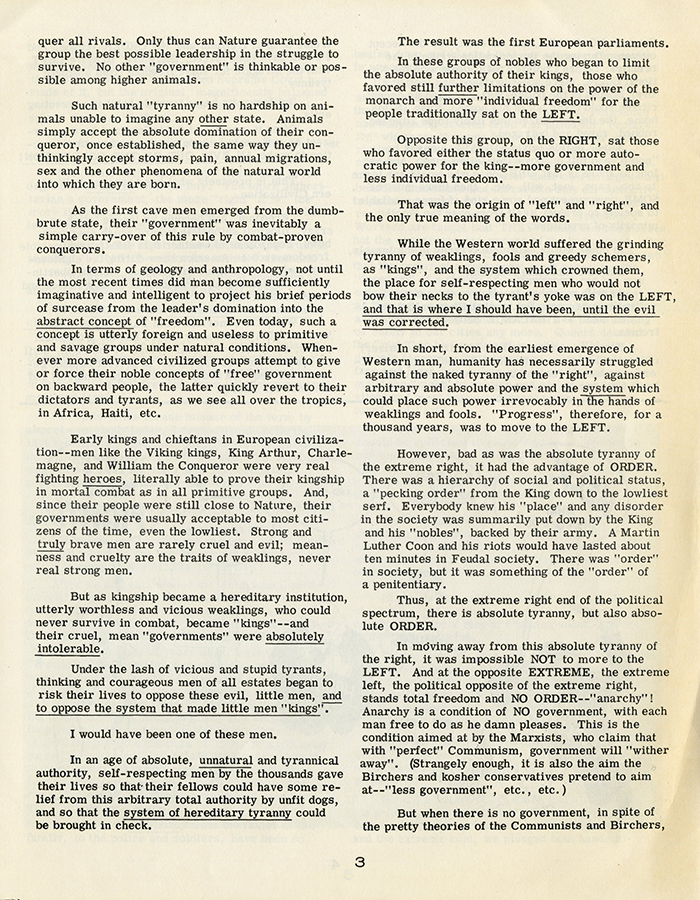 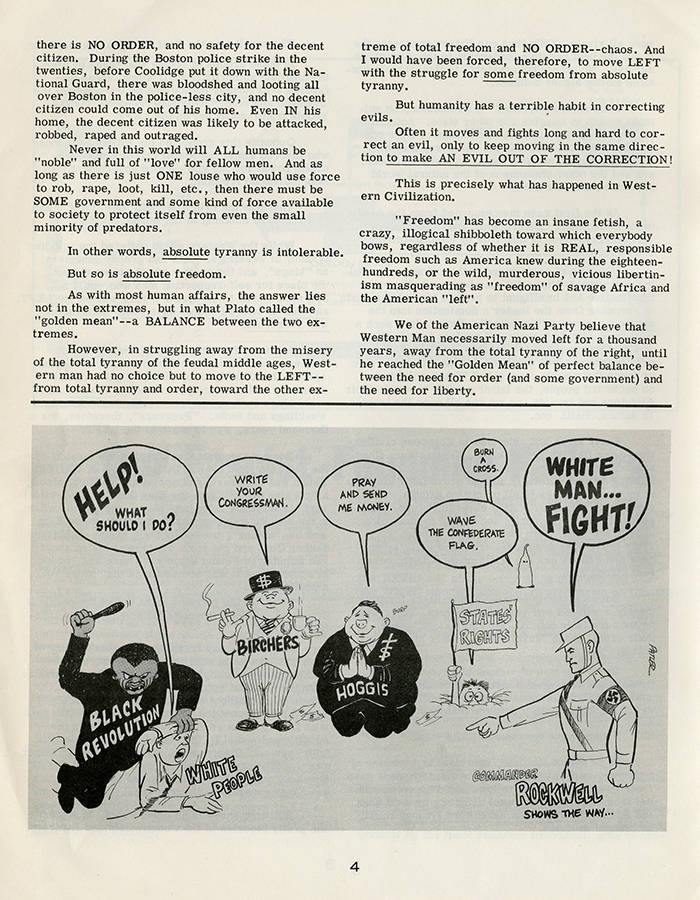 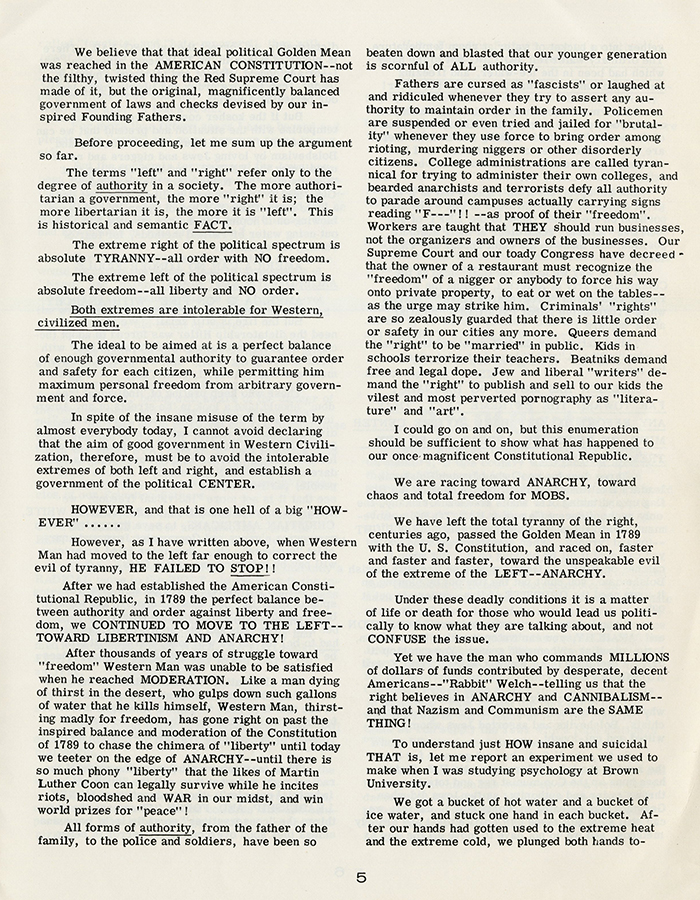 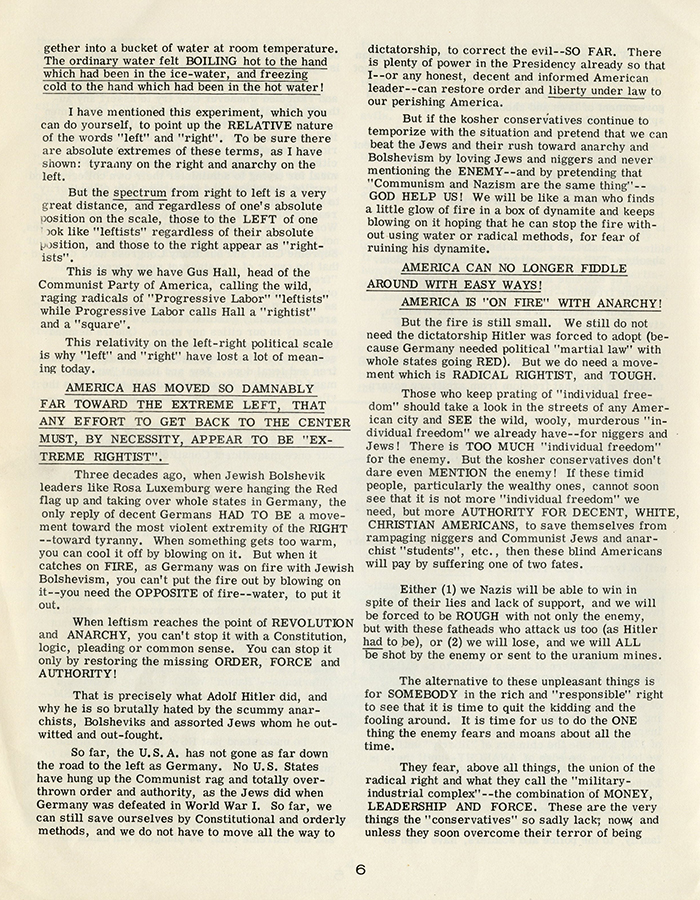 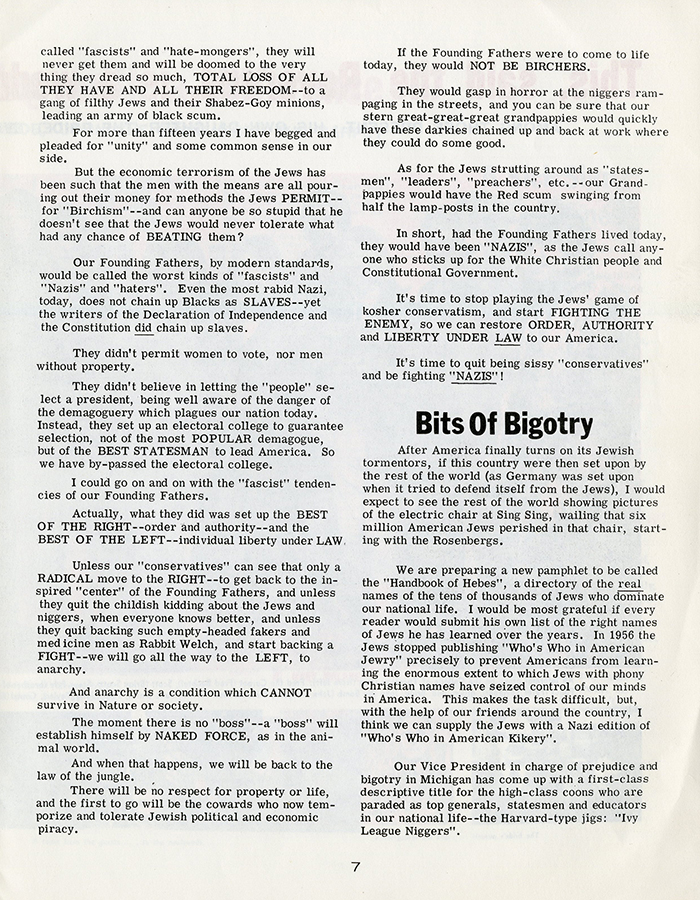 Article by George Lincoln Rockwell entitled, "Our 'Fascist' Founding Fathers" argues that the American Nazi Party represents a GOLDEN MEAN between the Tyranny of Total Order on the Right and the Anarchy of Total Freedom on the Left.

Rockwell rails against "Rabbit" Welch (Robert W. Welch, Jr.), the founder of the John Birch Society. (Welch promoted conspiracy theories, including the notion that President Dwight D. Eisenhower was secretly a Communist.) Rockwell is incensed that Welch has equated Communism and Nazism.