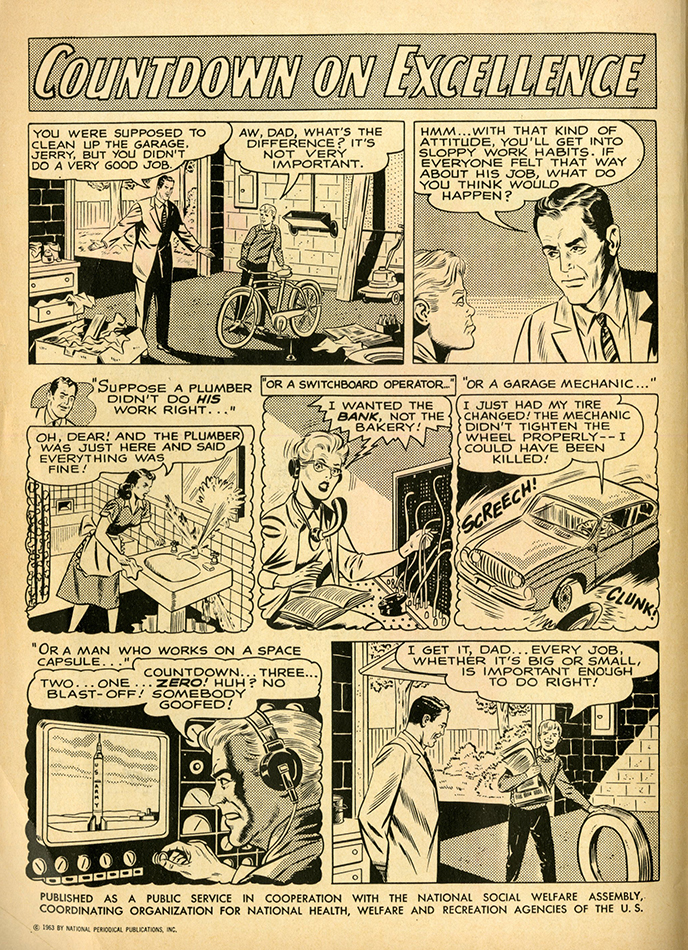 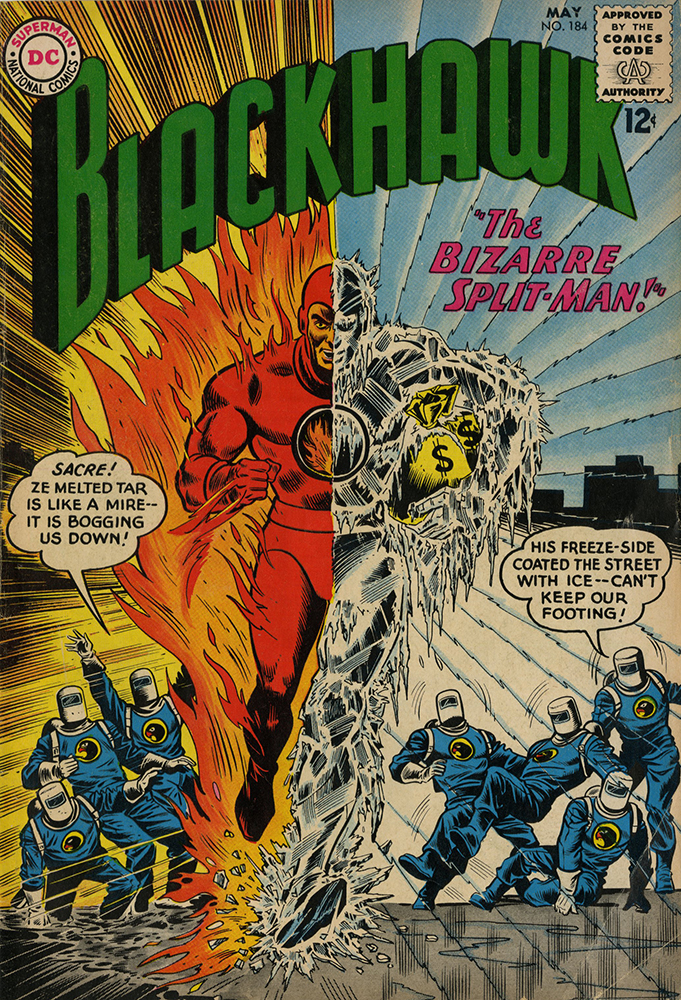 A father talks to his son Jerry about his failure to do a good job cleaning up the garage. Jerry says, "Aw, Dad, What's the difference? It's not very important." His father replies, "Hmm...With that kind of attitude, you'll get into sloppy work havits. If everyone felt that way about his job, what do you think would happen?"

The father goes on to give examples of people we count on to do their jobs: a plumber, switchboard operator, garage mechanic, and finally "a man who works on a space capsule." Jerry concludes, "I get it Dad...Every job, whether it's big or small, is important enough to do right!"