Position of Farm Workers in Federal and State Legislation 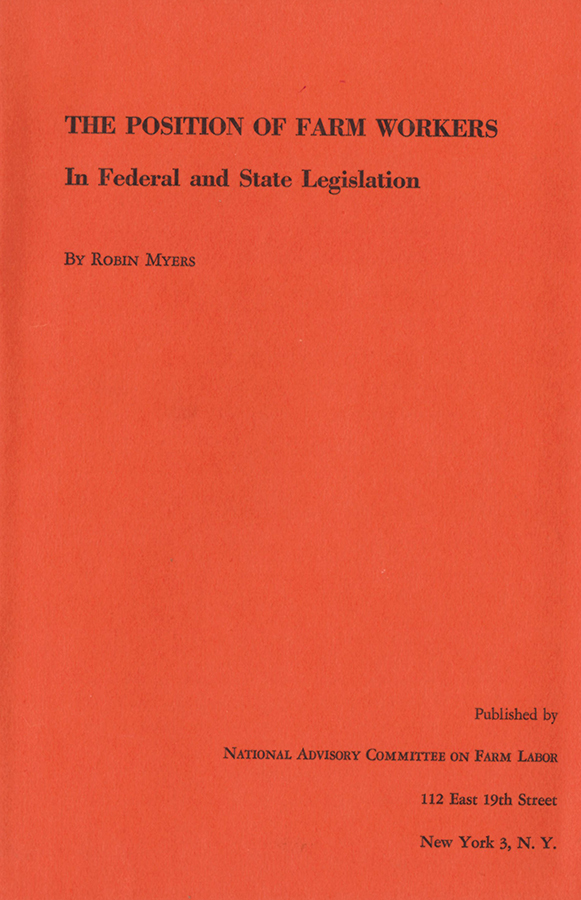 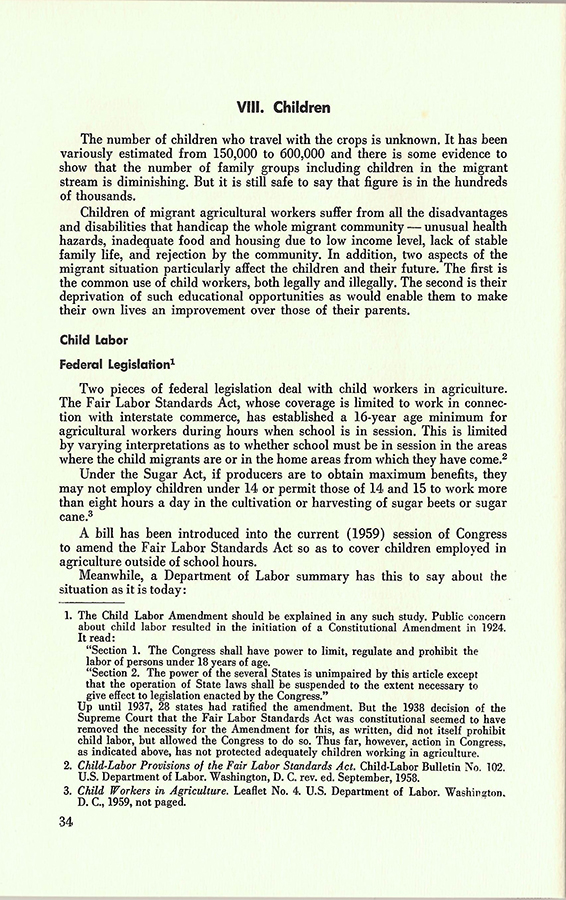 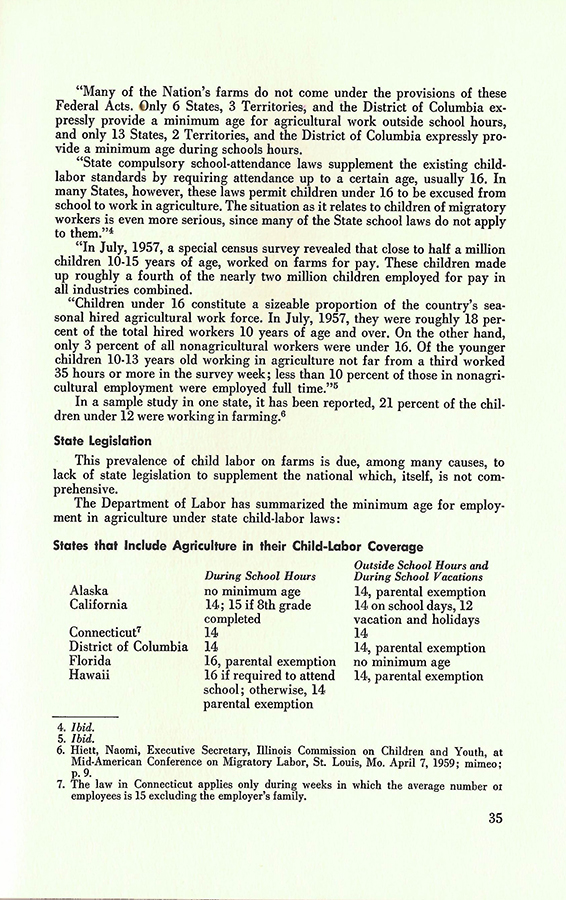 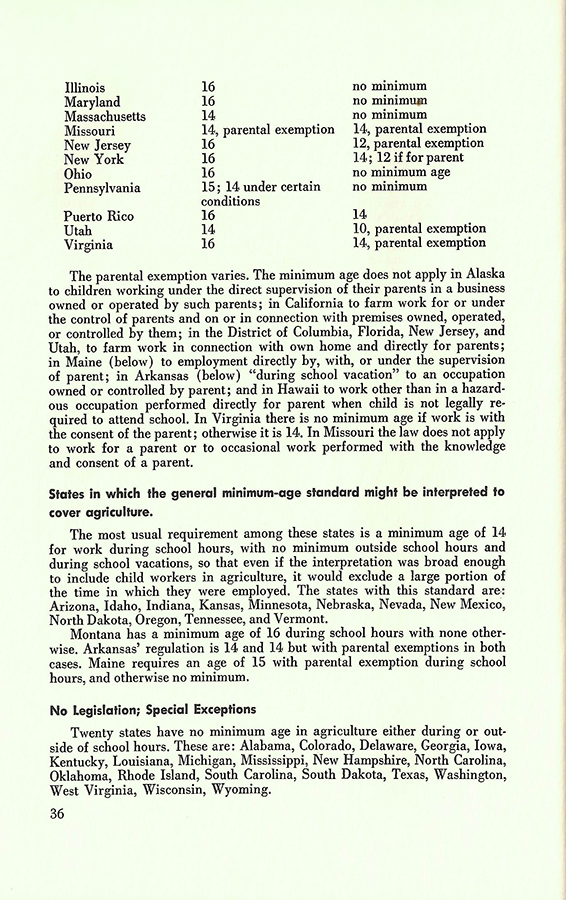 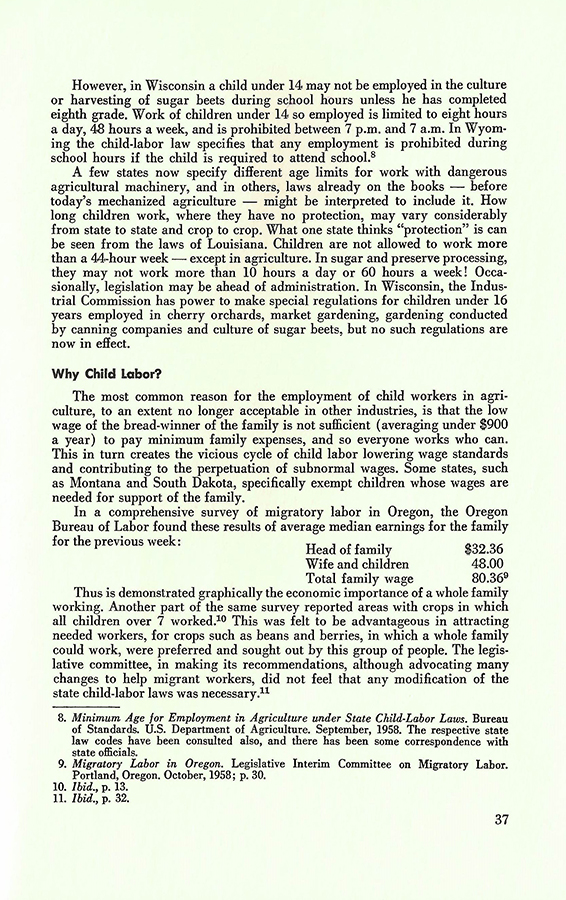 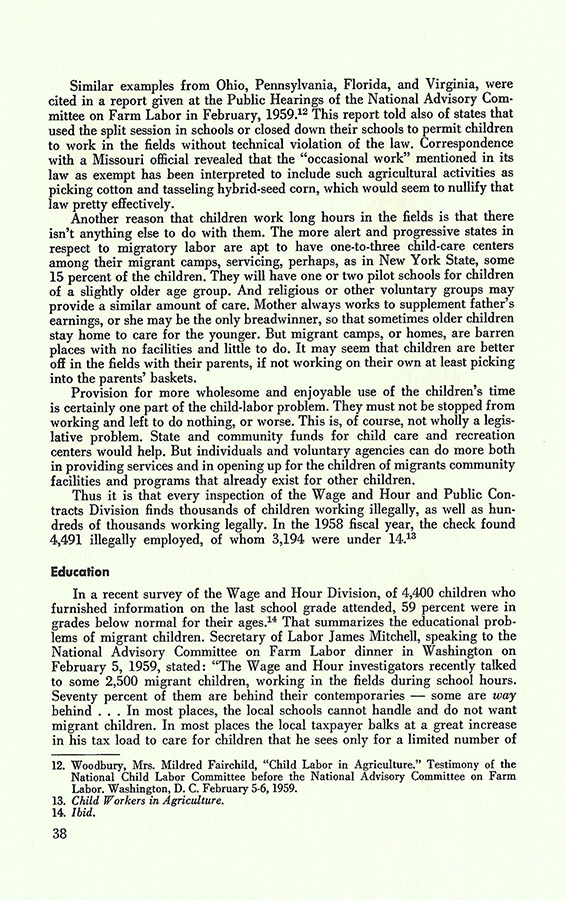 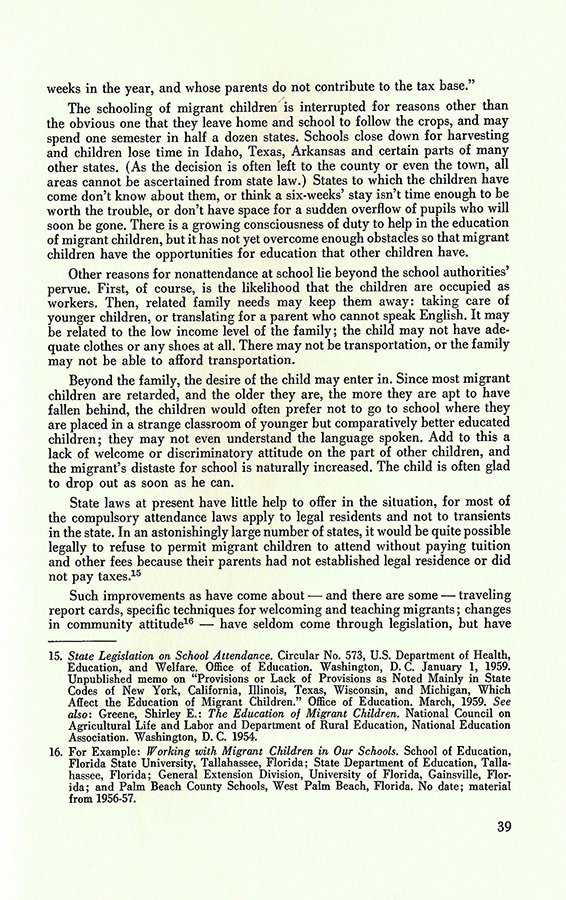 Position of Farm Workers in Federal and State Legislation

This pamphlet, written by Robin Myers and published by the National Advisory Committee on Farm Labor, describes the rights of migrant farm workers in the late 1950s. This excerpt describes the conditions and the rights of child workers at both the state and national legislative levels.

The National Advisory Committee on Farm Labor (NACFL) grew out of the work of the National Sharecroppers Fund.

p. 34 "Children of migrant agricultural workers suffer from all the disadvantages and disabilities that handicap the whole migrant community -- unusual health hazards, inadequate food and housing due to low income level, lack of stable family life, and rejection by the community. In addition, two aspects of the migrant situation particularly affect the children and their future. The first is the common use of child workers, both legally and illegally. The second is their deprivation of such educational opportunities as would enable them to make their own lives an improvement over those of their parents."

p. 37 "The most common reason for the employment of child workers in agriculture, to an extent no longer acceptable in other industries, is that the low wage of the bread-winner of the family is not sufficient (averaging under $900 a year) to pay minimum family expenses, and so everyone works who can. This in turn creates the vicxious cycle of child labor lowering wage standards and contributing to the perpetuation of subnormal wages."

p. 38 "In most places, the local schools cannot handle and do not want migrant children."