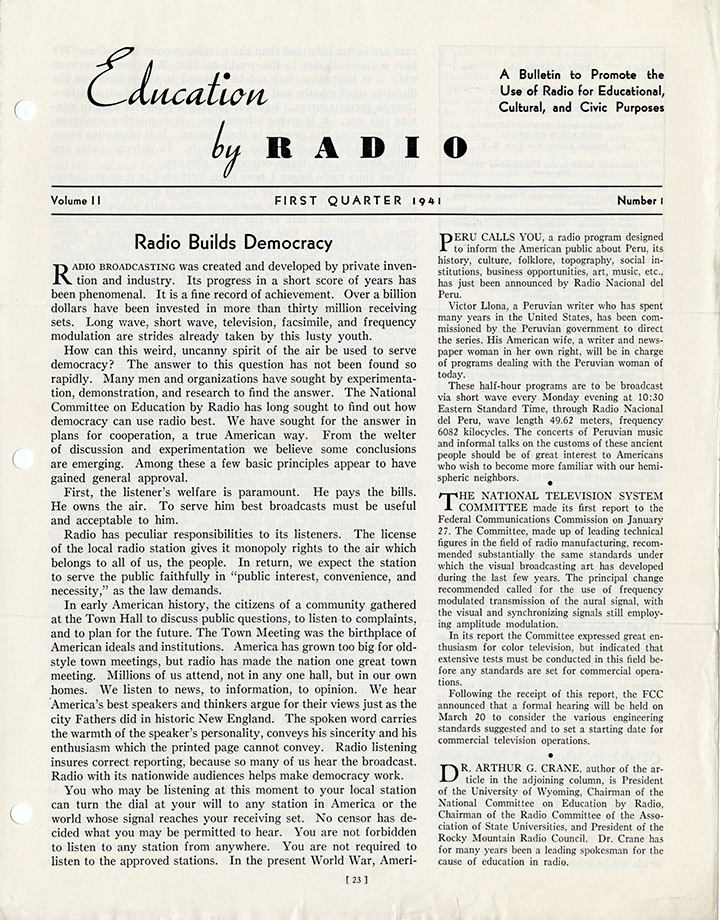 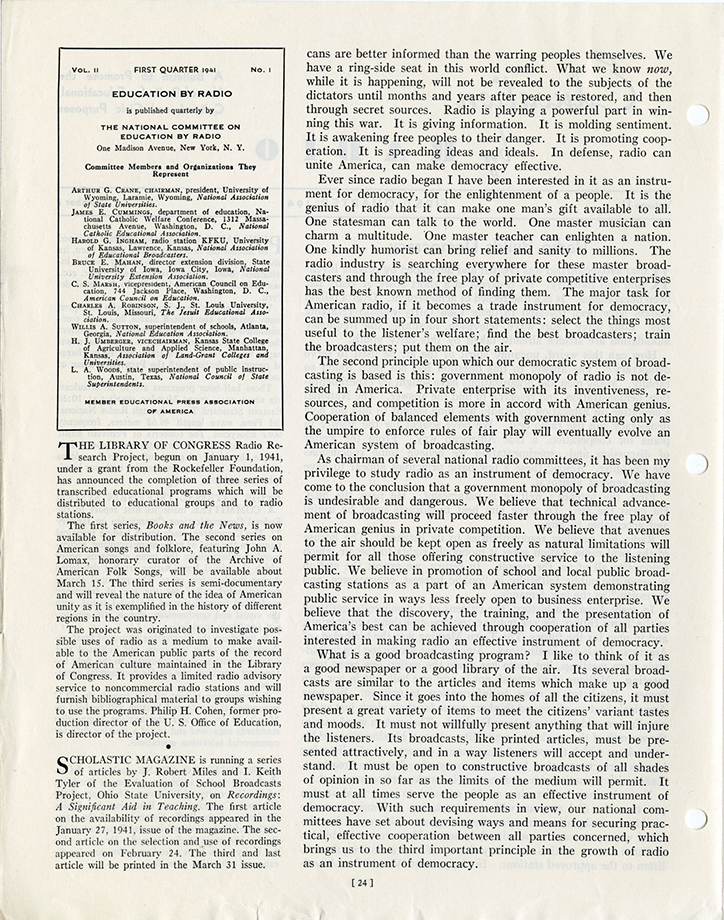 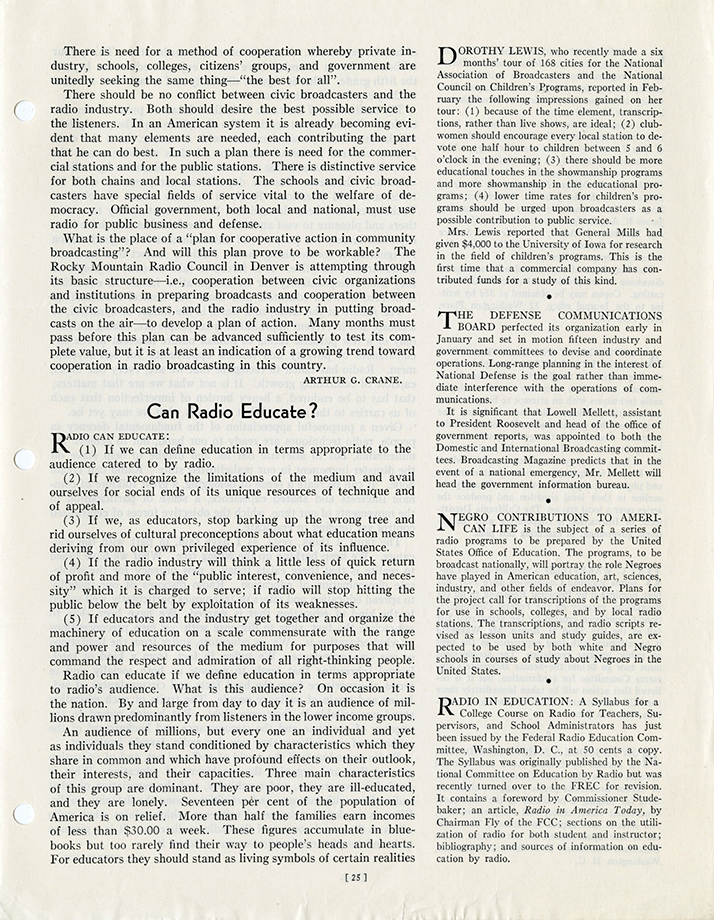 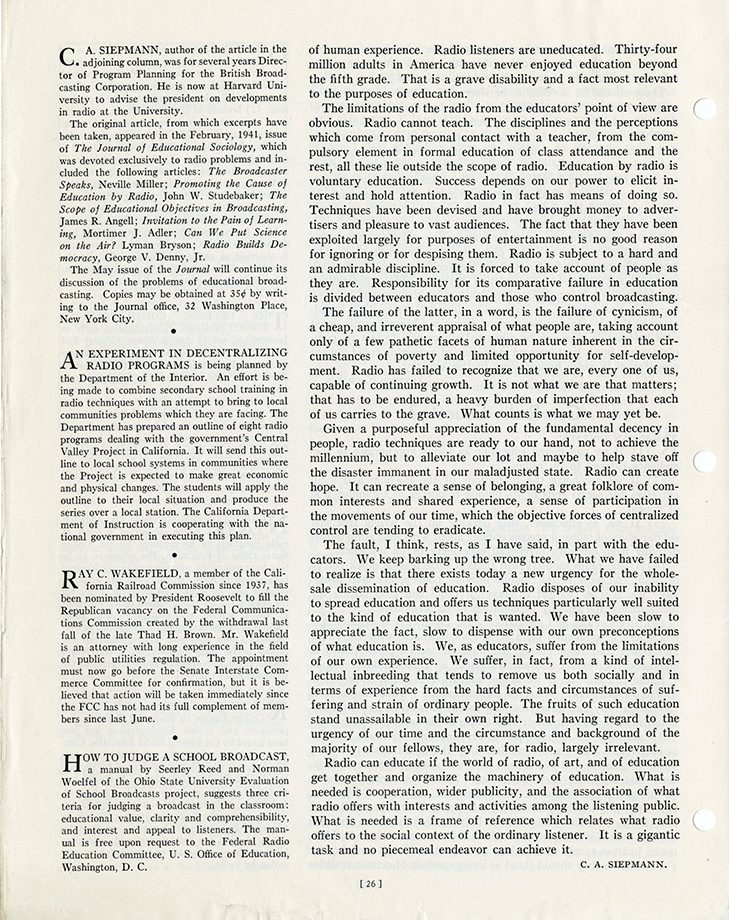 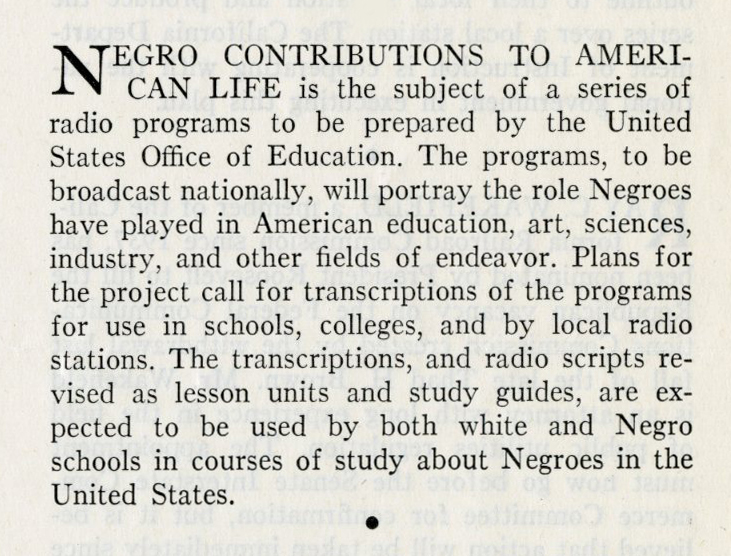 From header, "A Bulletin to Promote the Use of Radio for Educational, Cultural, and Civic Purposes"

The Committee was a member of the Educational Press Association of America.

p. 23 "Radio has peculiar responsibilities to its listeners. The license of the local radio station gives it monolpoly rights to the air which belongs ot all of us, the people. In return, we expect the station to serve the public faithfully in 'public interest, convenience, and necessity,' as the law demands.
...radio has made the nation one great town meeting...We listen to news, to information, to opinion. We hear America's best speakers and thinkers argue for their views just as the city Fathers did in historic New England. The spoken word carries the warmth of the speaker's personality, conveys his sincerity and his enthusiasm which the printed page cannot convey. Radio listening insures correct reporting, because so many of us hear the broadcast. Radio with its nationwide audiences helps make democracy work."

An article C.A. Siepman titled, "Can Radio Educate?" is excerpted from a piece in The Journal of Educational Sociology "devoted exclusively to radio problems." (p. 25-26)

Another note (p. 25) describes a series of radio programs about African Americans that is being prepared by the U. S. Office of Education. This almost certainly refers to the work of Ambrose Caliver, Senior Specialist in the Education of Negroes. Caliver published numerous articles and pamphlets about African American education. He also created a nine-part radio series, broadcast on NBC, called “Freedom Peoples.” "Freedom Peoples" broke new ground as the first substantial program in mass media that focused on African American life and history. The program featured guest appearances from Paul Robeson, Joe Louis, and A. Philip Randolph.

National Committee on Education by Radio