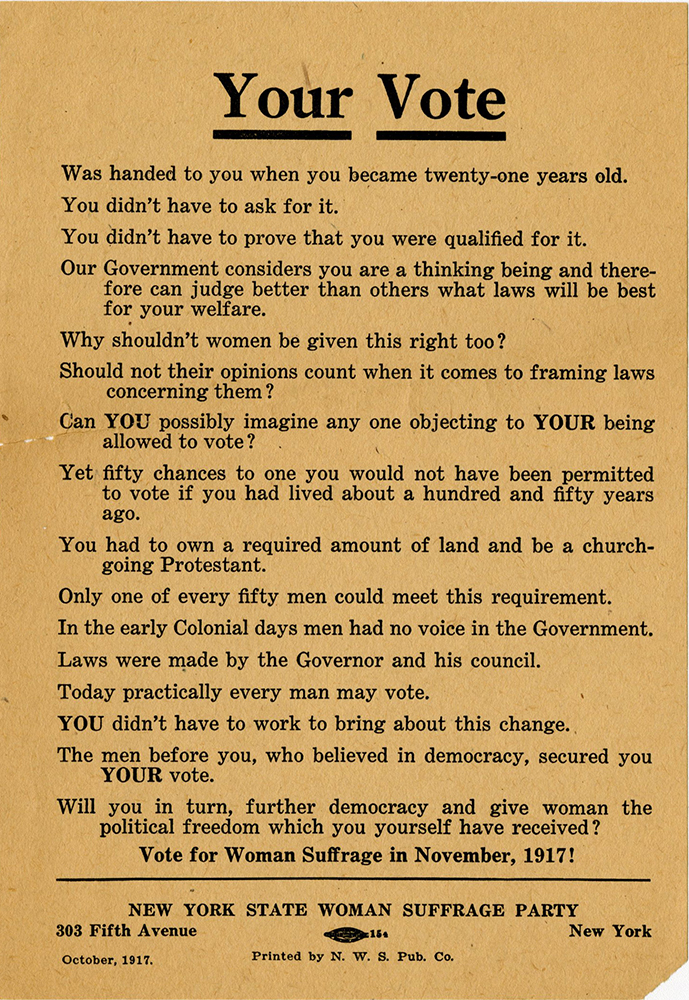 "Your Vote
Was handed to you when you became twenty-one years old.
You didn't have to ask for it.
You didn't have to prove that you were qualified for it.
Our Government considers you are a thinking being and therefore can judge better than others what laws will be best for your welfare.
Why shouldn't women be given this right too?
Why shouldn't women be given this right too?
Should not their opinions count when it comes to framing laws concerning them?
Can YOU possibly imagine any one objecting to YOUR being allowed to vote?
Yet fifty chances to one you would not have been permitted to vote if you had lived about a hundred and fifty years ago.
You had to own a required amount of land and be a church-going Protestant.
Only one of every fifty men could meet this requirement.
In the early Colonial days men had no voice in the Government.
Laws were made by the Governor and his council.
Today practically every man may vote.
YOU didn't have to work to bring about this change.
The men before you, who believed in democracy, secured you YOUR vote.
Will you in turn, further democracy and give woman the political freedom which you yourself have received?
Vote for Woman Suffrage in November, 1917!"