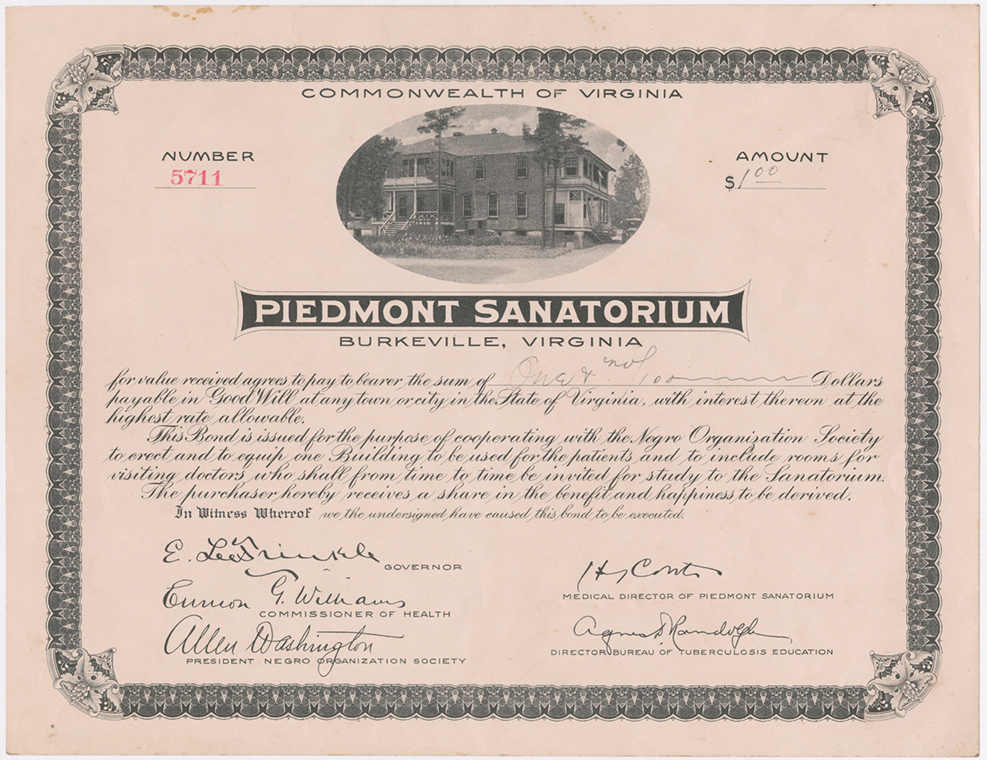 Bond, issued in 1917 in return for a donationof $1.00 toward the construction of Piedmont Sanatorium.

The Piedmont Sanatorium was established in Burkeville, Virginia, in June, 1918. At that time, tuberculosis was one of the leading causes of death for African Americans, but segregated health care in Virginia dictated that blacks could receive treatment in only two facilities—Central State Hospital (a mental health facility) and the state penitentiary.

The Negro Organization Society initiated discussions with the State Board of Health, particularly Agnes D. Randolph, the Director of the Bureau of Tuberculosis Education. Randolph was instrumental in convincing the state government to establish a facility for African Americans.

The Negro Organization Society continued to be heavily involved with the issue, from raising public awareness to donating funds to improve the facility. Piedmont Sanatorium had closed by 1965, when black patients began to be sent to Blue Ridge Sanatorium, near Charlottesville.

Excerpt:
"This Bond is issued for the purpose of cooperation with the Negro Organization Society to erect and to equip one Building to be used for the patients and to include rooms for visiting Doctors who shall from time to time be invited for study to the Sanatorium. The purchaser hereby receives a share in the benefit and happiness to be derived."