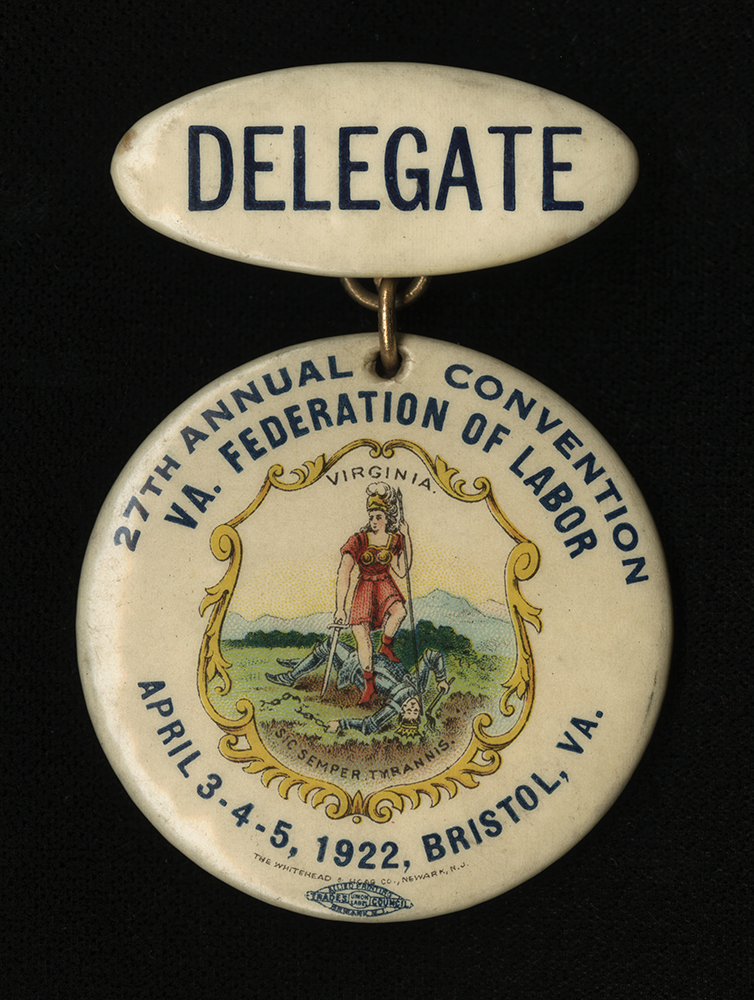 The Virginia Federation of Labor was aligned with the American Federation of Labor, the powerful organization of unions led by Samuel Gompers. Although southern workers struggled to organize successfully in large numbers, unions nonetheless became a force. Between 1885 and 1890, according to one historian, twenty-three national or international unions organized locals in Virginia. Another scholar estimates that by the turn of the twentieth century, about 10% of Richmond’s industrial workers were represented by unions. That success was tempered, however, by the pervasive racism of the period.

When the Knights of Labor held a national convention in Richmond in 1886, the New York delegation was refused accommodations because one of their members was an African American. By 1919 progress in racial cooperation had been made at the national level. That progress was reflected at the Virginia State Federation of Labor’s annual convention, in the same year, in Alexandria. W.H. Page, of Newport News, became the first African American to be appointed to the Virginia group’s executive council. Black labor leaders, and black newspapers, praised the move, but it also prompted angry backlash. Some two thousand white unionists, of Richmond, left the Federation of Labor in protest of Page’s appointment. Those episodes evoke the racial tensions of the Jim Crow South.

Image Description:
This round badge has blue lettering on a white background with a multi-color coat of arms of Virginia in the center.

Suspended from oval badge inscribed : "DELEGATE".
The back of the badge reads "The Whitehead and Hoag Co. Buttons, Badges, Novelties and Signs. Newark, N.J."

NO COPYRIGHT - NON-COMMERCIAL USE ONLY