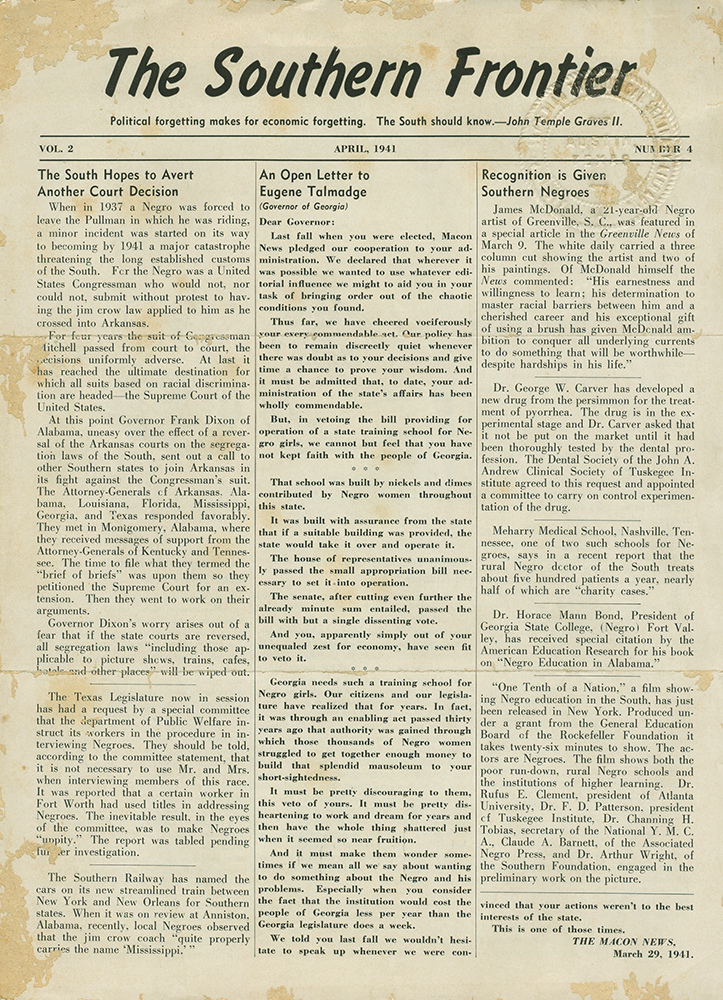 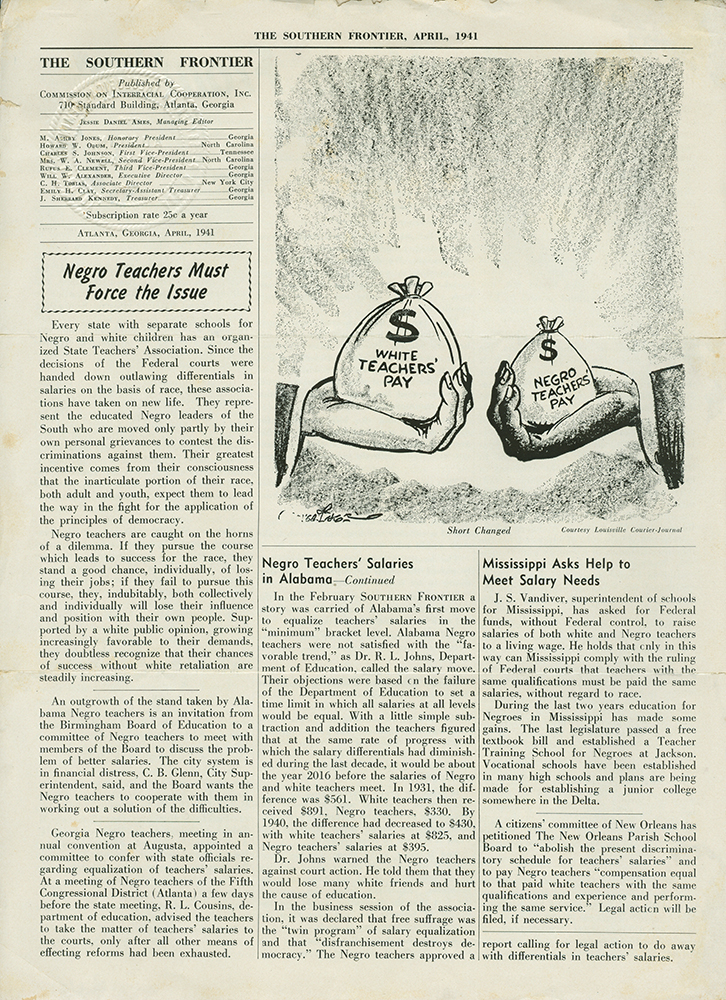 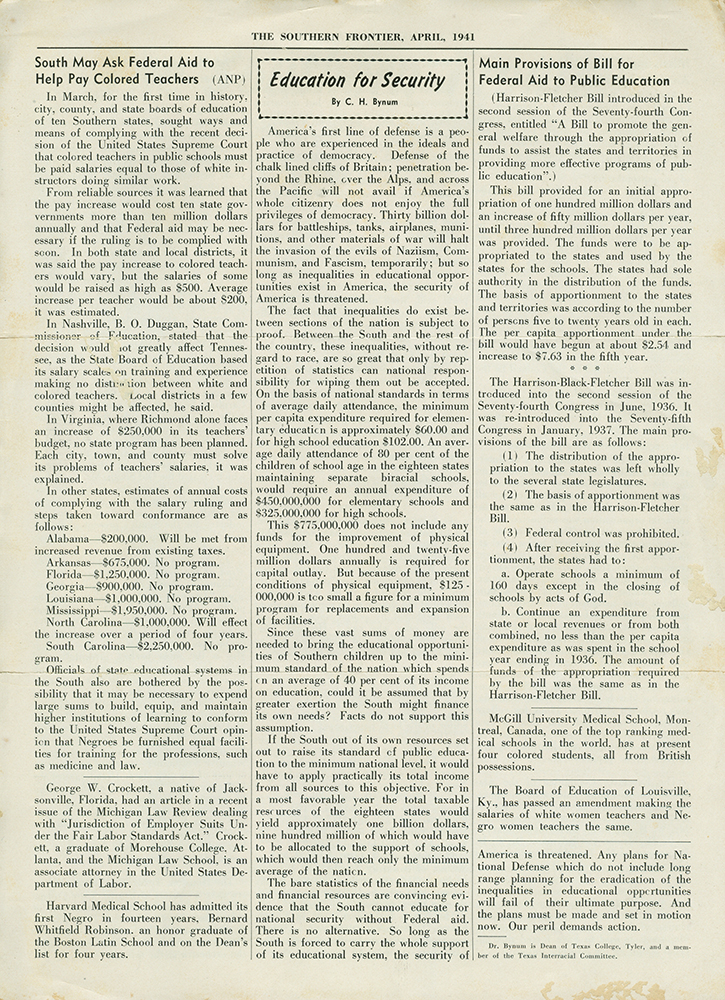 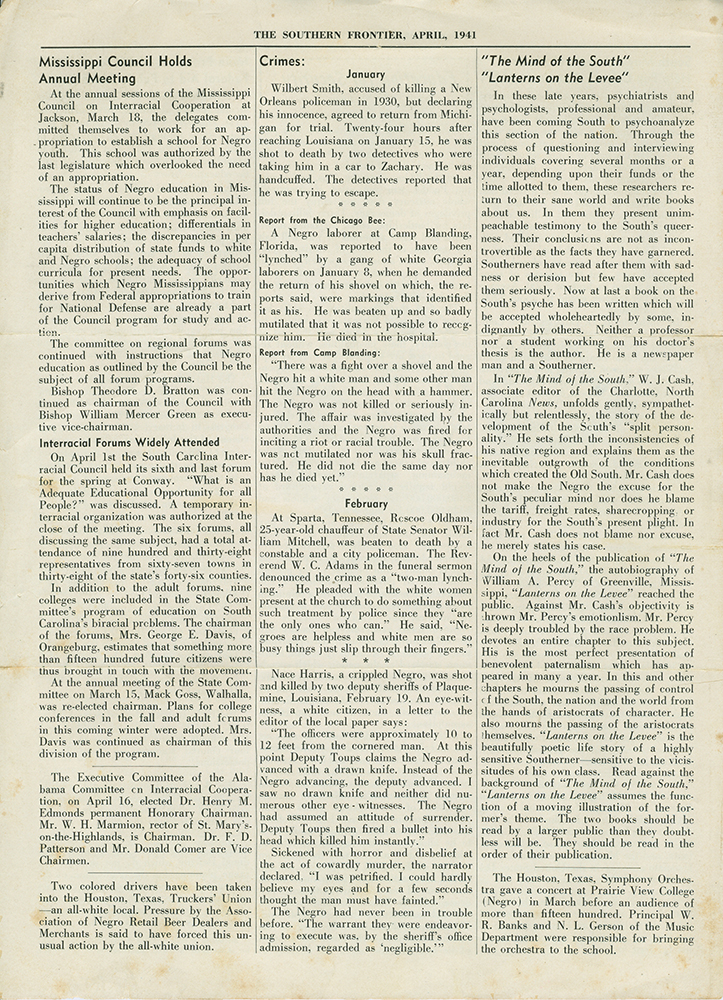 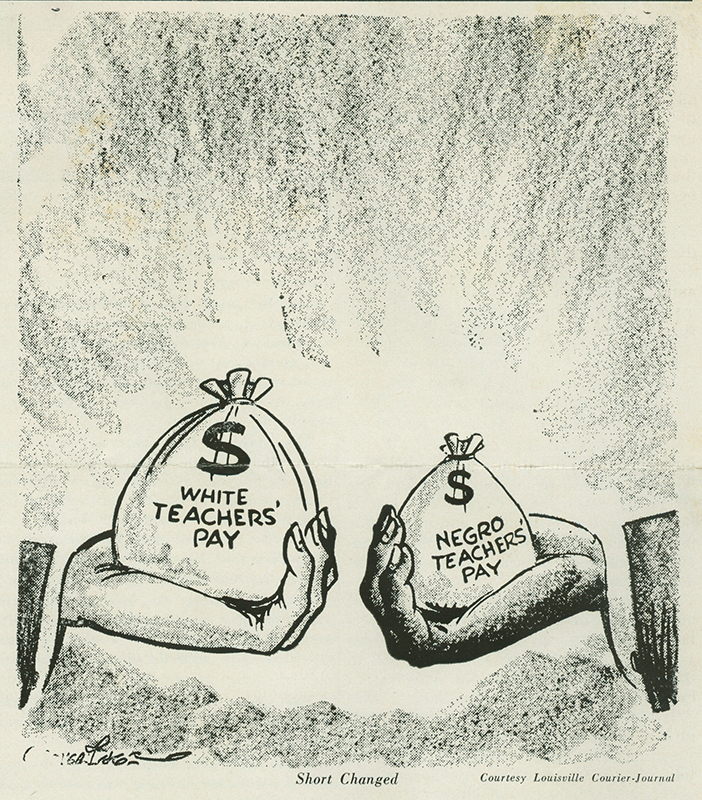 “Education for Security” – An article describing the underfunded Southern school system in face of the large sums being spent on military funding for World War II.

"An Open Letter to Eugene Talmadge (Governor of Georgia)" from The Macon News, regarding his veto of a state training school for African American girls.

“`The Mind of the South’ `Lanterns on the Levee’” – Reviews of two books describing the psyche and culture of the American South.

"Short Changed" -- an editorial cartoon from the Louisville Courier-Journal