National Health Circle for Colored People, Inc. Hiking the Health Road for Others 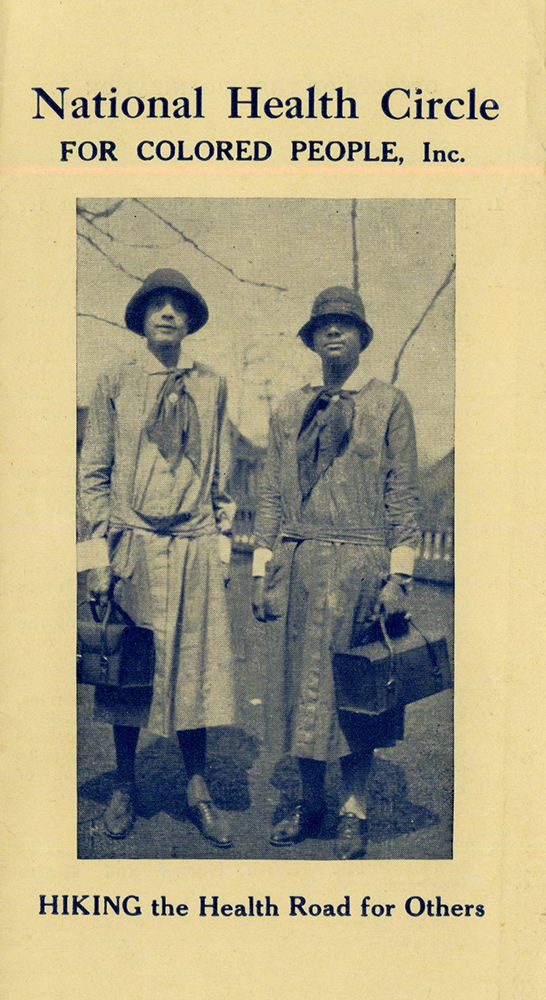 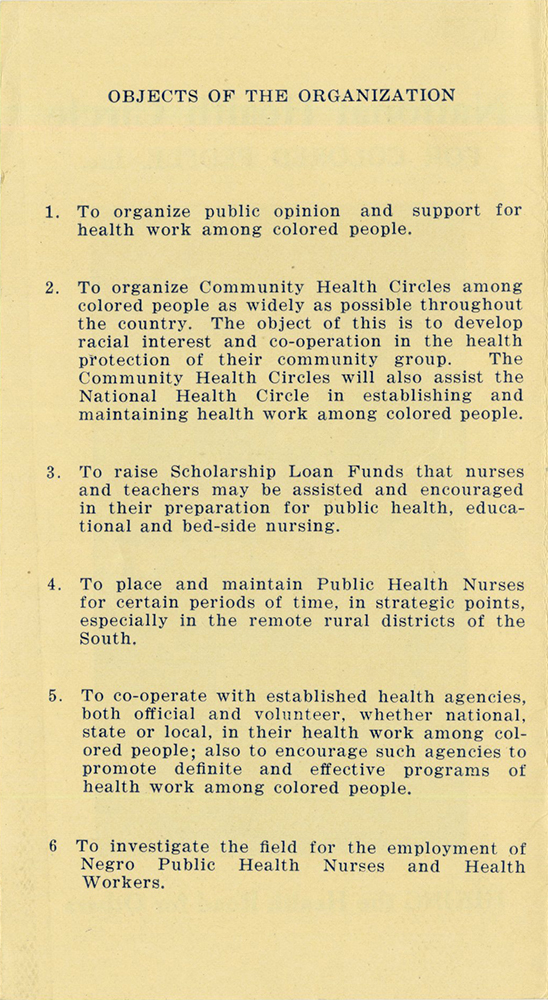 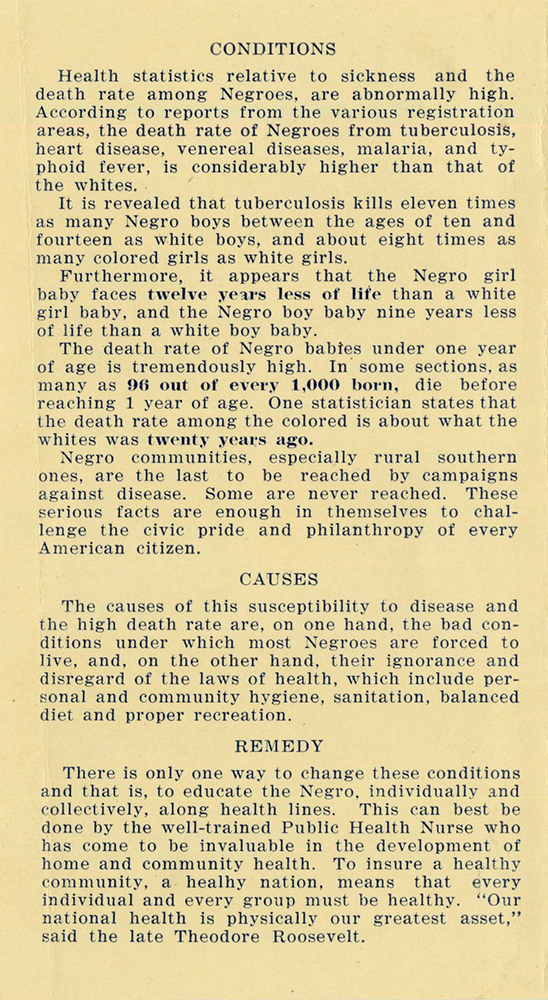 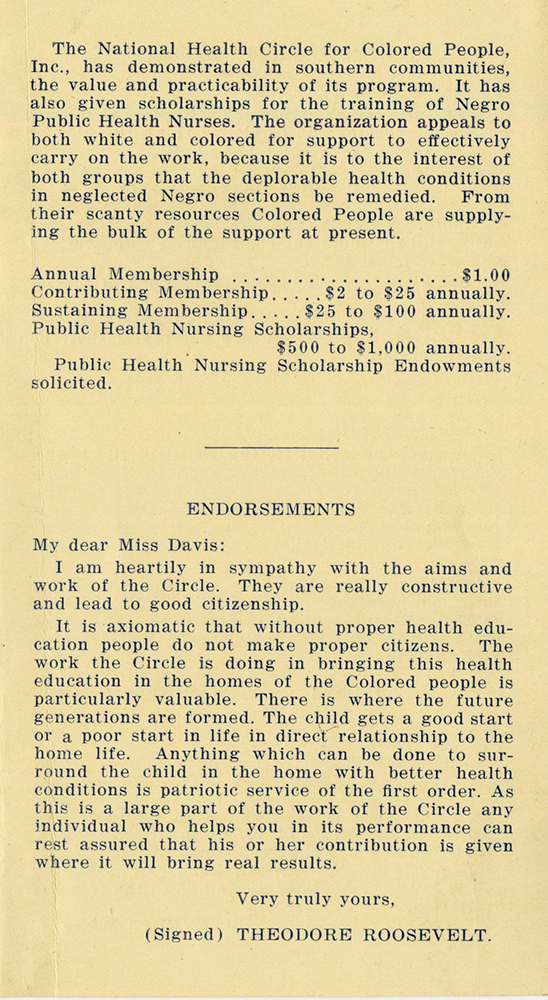 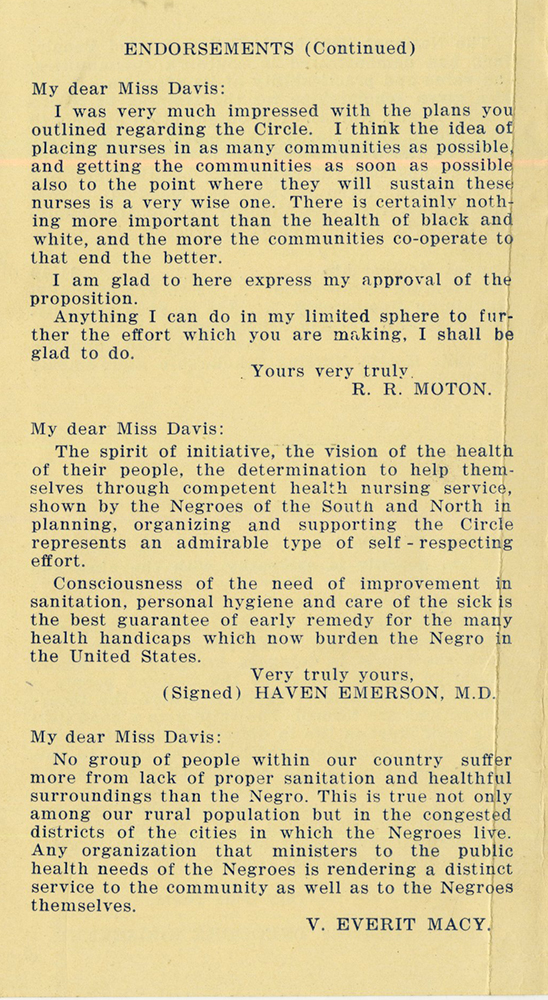 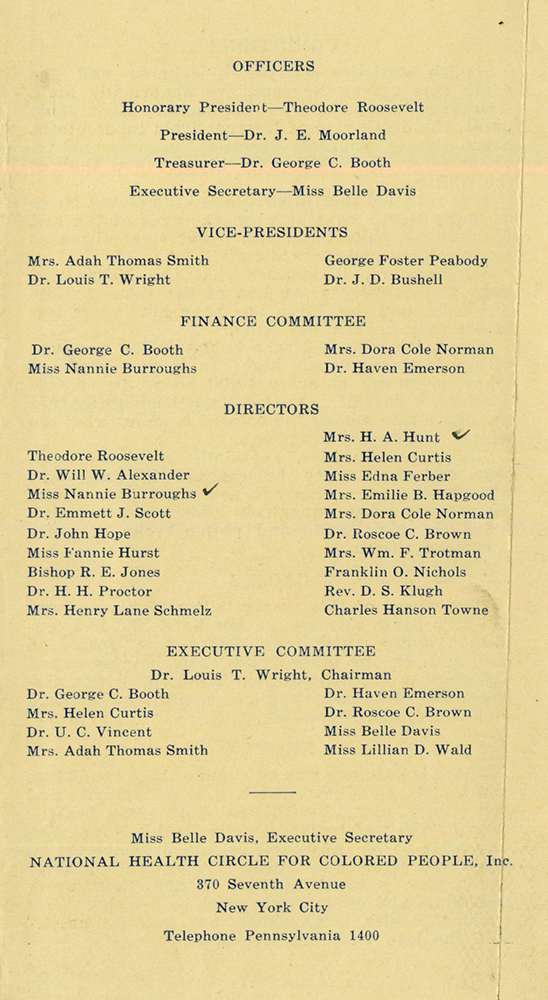 National Health Circle for Colored People, Inc. Hiking the Health Road for Others

The National Health Circle for Colored People developed out of the Circle for Negro Relief, an organization that helped meet the needs for black soldiers and their families during World War I. In 1919 the Circle was reorganized as a peace time program for the promotion of public health work in African American communities. Belle Davis, a graduate of Fisk University, served as the Circle's executive secretary. Davis made over 25,000 visits in nine years to promote public health and welfare and raise awareness of the needs of black communities.

The National Health Circle for Colored People also worked to recruit, educate and place African American public health nurses. They raised money for scholarship loans and at one time provided office space for the National Association of Colored Graduate Nurses.

This pamphlet list six "Objects of the Organization" and speaks to public health conditions, their causes, and the remedy. An appeal to both white and black citizens for membership is followed by endorsements from Theodore Roosevelt, R. R. Moton, Haven Emerson, M.D., and C. Everit Macy.

Dr. Will W. Alexander of the Commission on Interracial Cooperation is listed as a member of the Board of Directors.

The Circle notes that "tuberculosis kills eleven times as many Negro boys between the ages of ten and fourteen as white boys, and about eight times as many colored girls as white girls."  Life expectancy of blacks was less than that of whites, and as many as 96 out of every 1,000 African American babies died before their first birthday.

Thoms, A. B. (1929). Pathfinders: a history of the progress of colored graduate nurses. New York: Kay Print House.