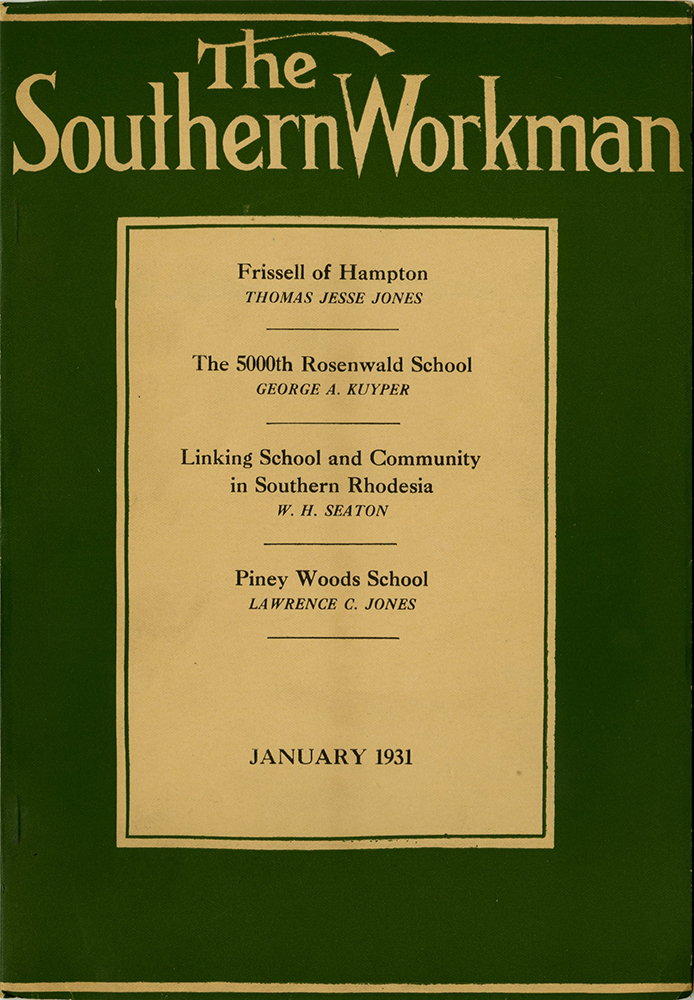 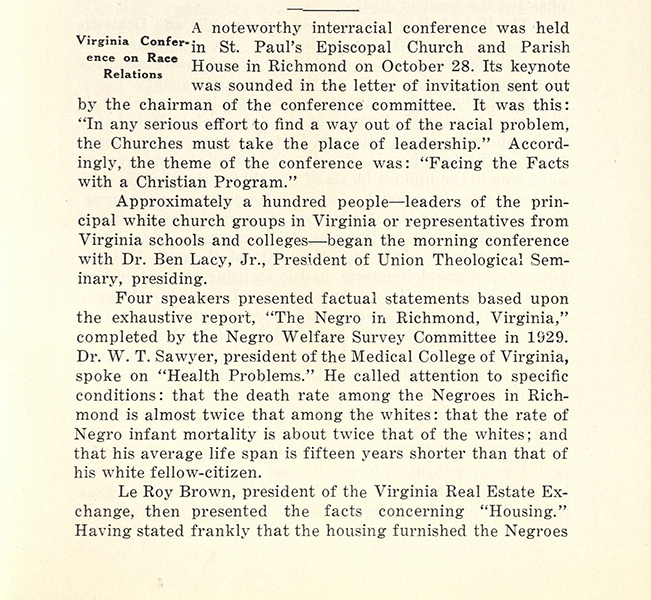 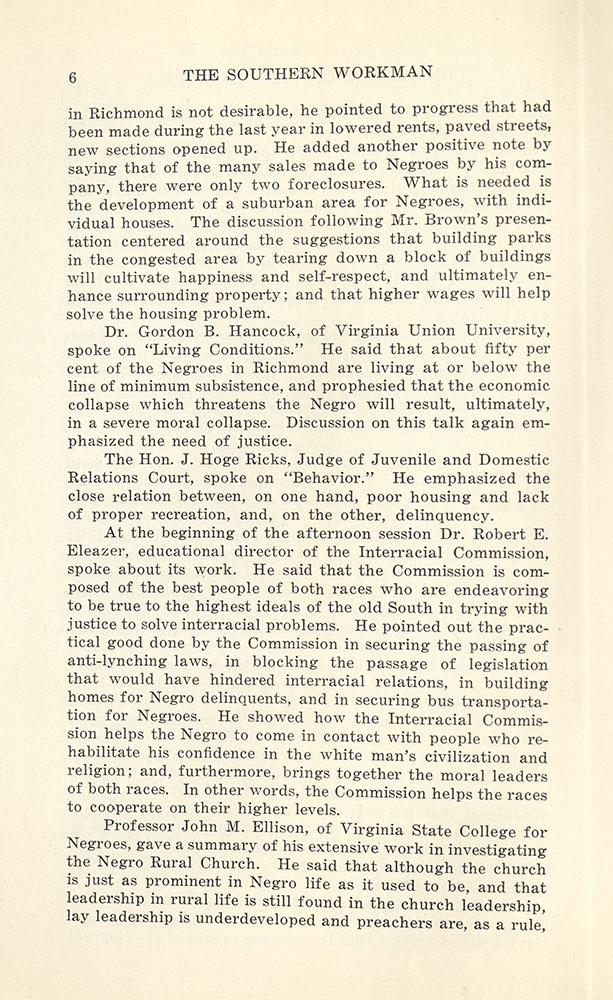 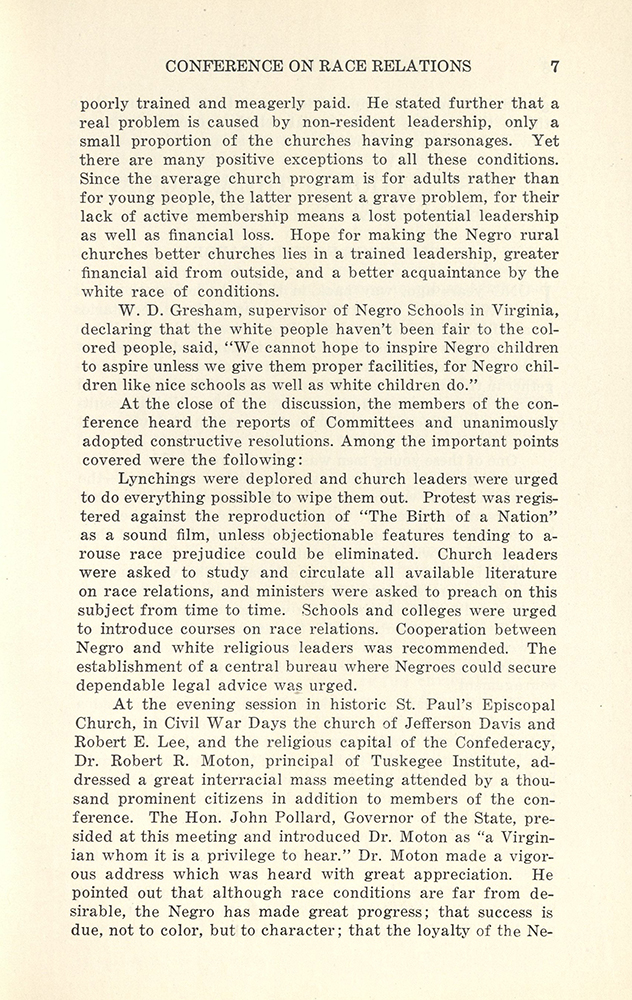 This article reports on the Virginia Church Conference on Race Relations held October 28, 1930 at St. Paul's Episcopal Church in Richmond, Va. The theme of the conference was "Facing the Facts with a Christian Program." Dr. Ben Lacy, Jr. President of Union Theological Seminary, presided over the gathering of leaders of white church groups in Virginia, and representative of Virginia schools and colleges.

Speakers presented findings of "The Negro in Richmond, Virgina" a study completed by the Negro Welfare Suvey Committee in 1929. Topics such as housing, education, community health and infant mortality were discussed. Other matters covered included the possible re-release of "Birth of a Nation" as a sound film, lynchings, and interracial cooperation. The Hon. John Pollard, Governor of the Commonwealth and Dr. Robert R. Moton , principal of Tuskegee Institute addressed "a great interracial mass meeting attended by a thousand prominent citizens in addition to members of the conference." (p. 7)

See all the materials related to this conference.

This Item is protected by copyright and/or related rights. You are free to use this Item in any way that is permitted by the copyright and related rights legislation that applies to your use. For other uses you need to obtain permission from the rights-holder(s).