A 100 Per Cent Opinion! [editorial cartoon by Fred O. Seibel] 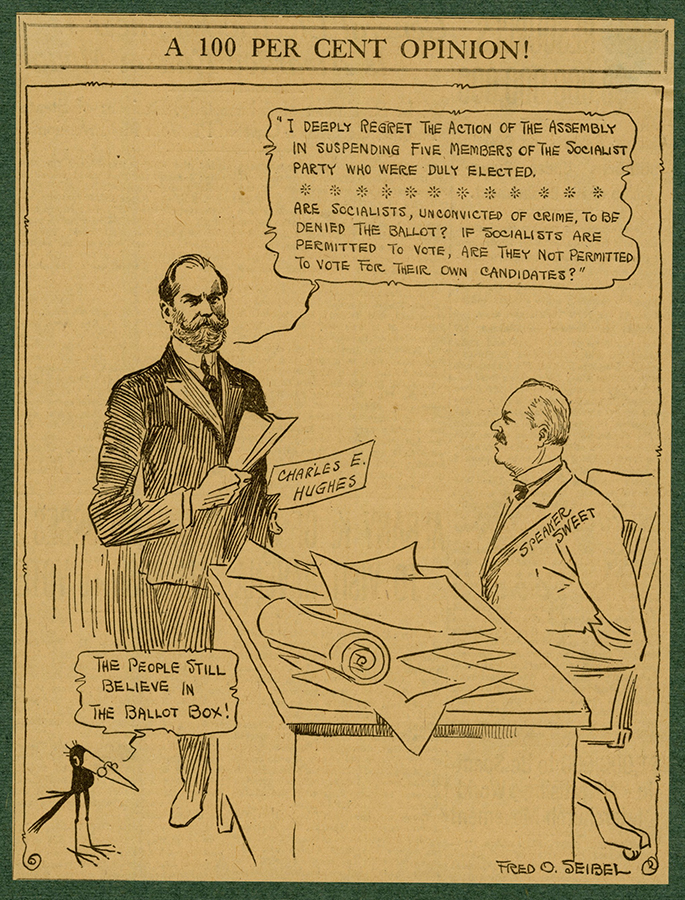 A 100 Per Cent Opinion! [editorial cartoon by Fred O. Seibel]

Editorial cartoon by Fred O. Seibel for The Knickerbocker Press. Mounted and identified as no. 929.

The cartoon was created in April 1920 after duly-elected assemblymen were expelled from the New York State Assembly. The Speaker of the Senate at the time was Republican Thaddeus C. Sweet. The socialist lawmakers were August Claessens and Louis Waldman of Manhattan; Charles Solomon of Brooklyn; and Samuel Orr and Samuel A. DeWitt of the Bronx.

Charles E. Hughes addresses Speaker Sweet saying, "I deeply regret the action of the Assembly in suspending five members of the Socialist Party who were duly elected. Are Socialists, unconvicted of crime, to be denied the ballot? If Socialists are permitted to vote, are they not permitted to vote for their own candidates?"

In the lower left corner "Moses Crow" says, "The people still believe in the ballot box!"