Does the Bible Teach the Equality of Men and Women? 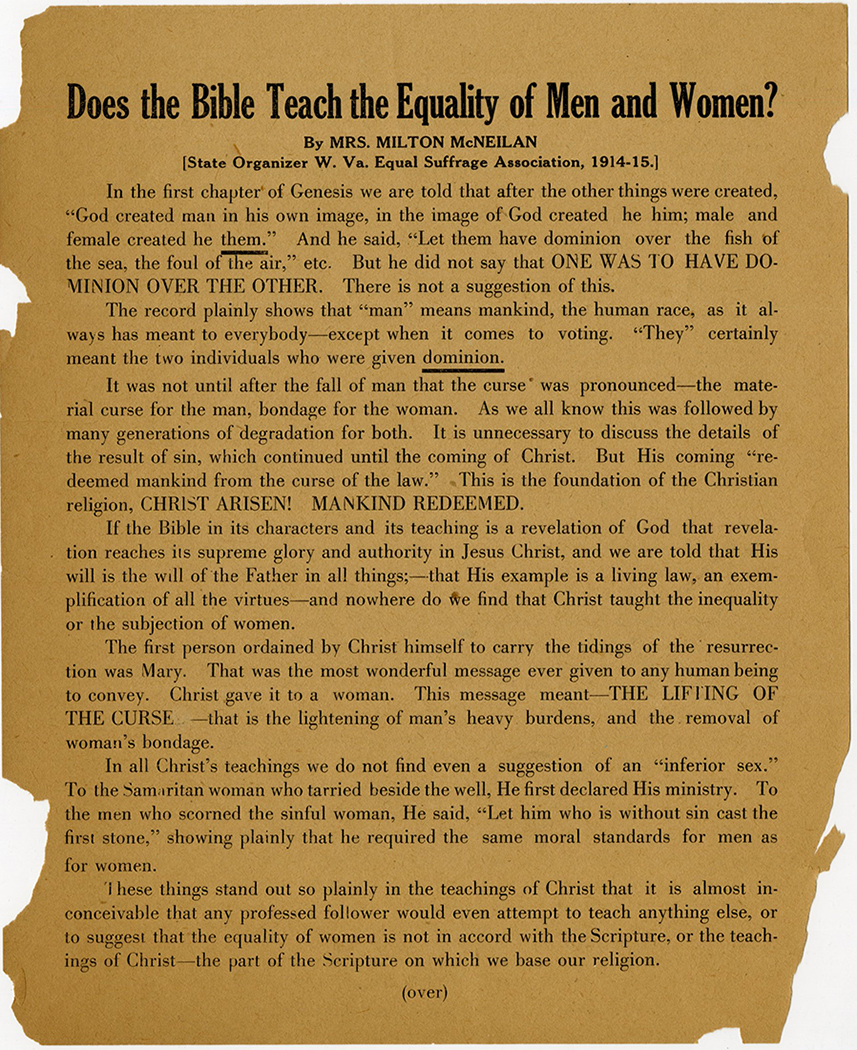 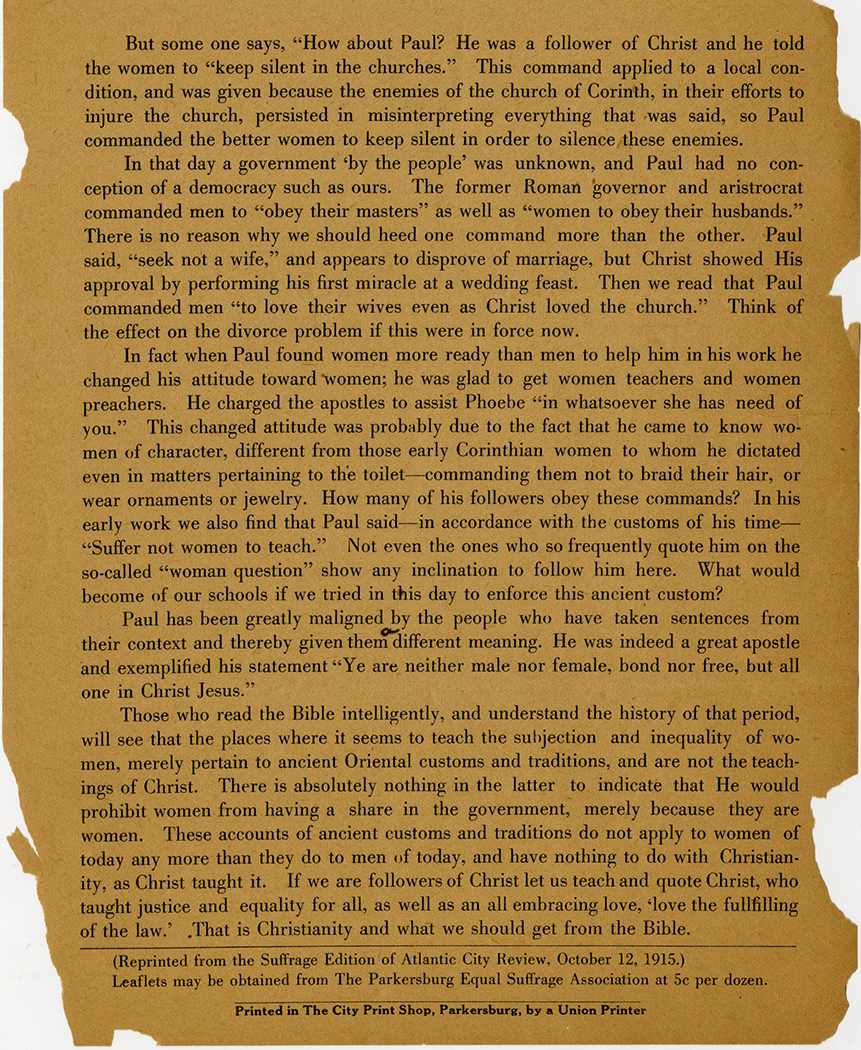 Does the Bible Teach the Equality of Men and Women?

This document is a single sheet of paper printed on both sides. The essay, "Does the Bible Teach the Equality of Men and Women?" was written by Mrs. Milton McNeilan (Clarabel James McNeilan) a member of the Congressional Union for Woman Suffrage, and State Organizer of the West Virginia Equal Suffrage Association, 1914-15.

In the first chapter of Genesis we are told that after the other things were created “God created man in his own image, in the image of God created he him; male and female created he them.” And he said, “Let them dominion over the fish of the sea, the foul [sic] of the air, “ etc. But he did not say that ONE WAS TO HAVE DOMINION OVER THE OTHER. There is not a suggestion of this….

“It was not until after the fall of man that the curse was pronounced the material curse for the man, bondage for the woman. …”

In all Christ’s teachings we do not find even a suggestion of an “inferior sex....”

Those who read the Bible intelligently, and understand the history of that period, will see that the place where it seems to teach the subjection and inequality of women, merely pertain to ancient Oriental customs and traditions, and are not the teachings of Christ. There is absolutely nothing in the latter to indicate that He would prohibit women from having a share in the government, merely because they are women. These accounts of ancient customs and traditions do not apply to women of today and more than they do to men of today, and have nothing to do with Christianity, as Christ taught it. If we are followers of Christ let us teach and quote Christ, who taught justice and equality for all, as well as an all embracing love, ‘love the fulfilling of the law.’ That is Christianity and what we should get from the Bible.

(Reprinted from the Suffrage Edition of Atlantic City Review, October 12, 1915.)

Leaflets may be obtained from The Parkersburg Equal Suffrage Association at 5c per dozen.

Printed in The City Print Shop, Parkersburg, by a Union Printer