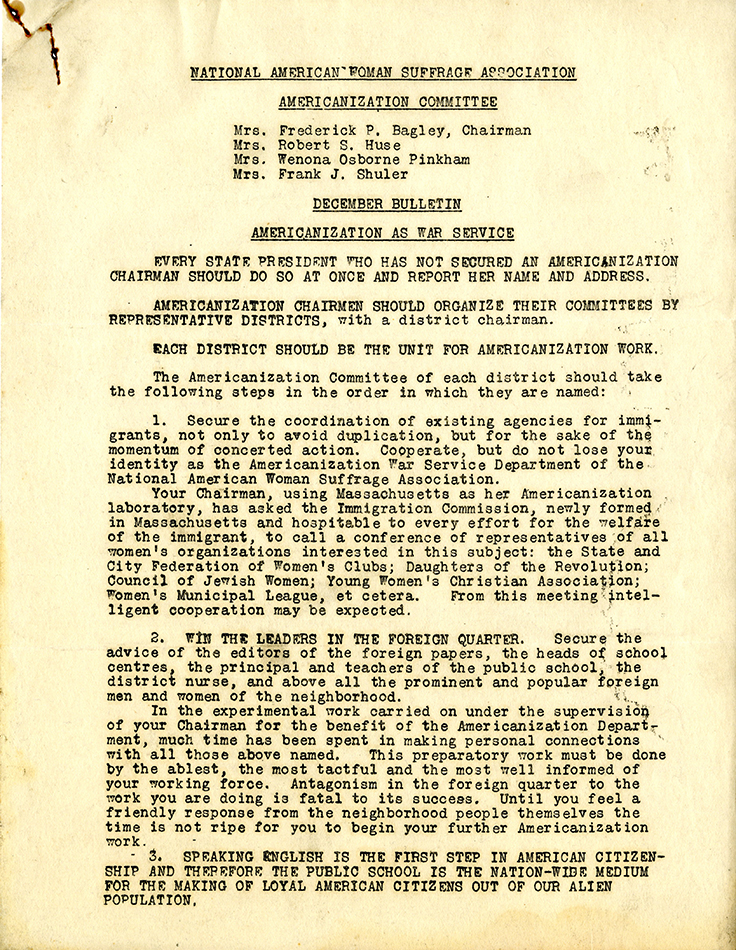 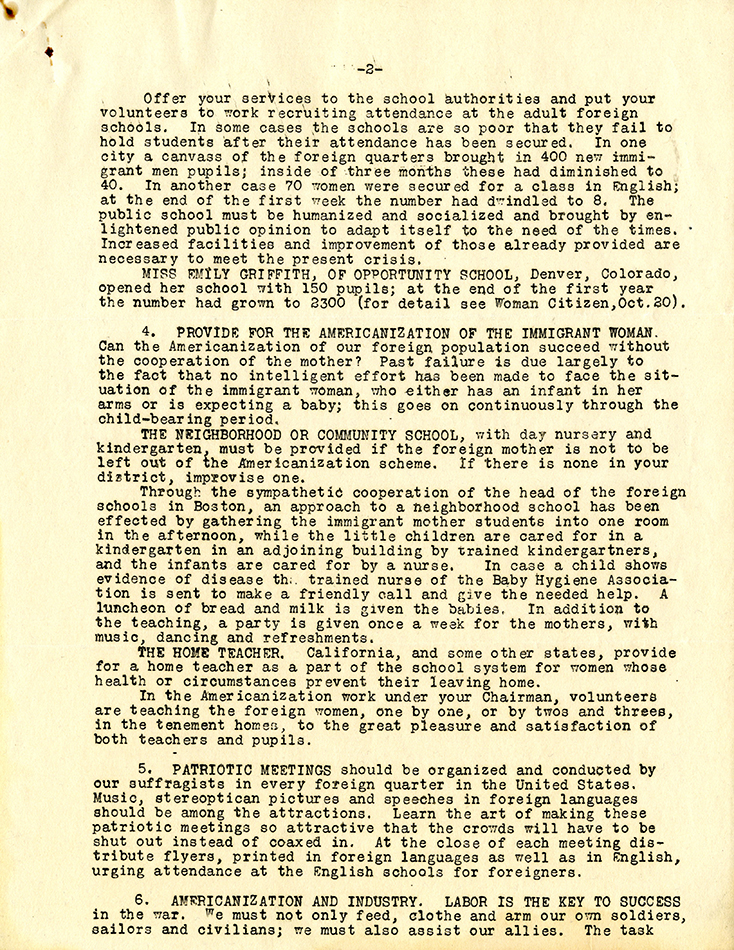 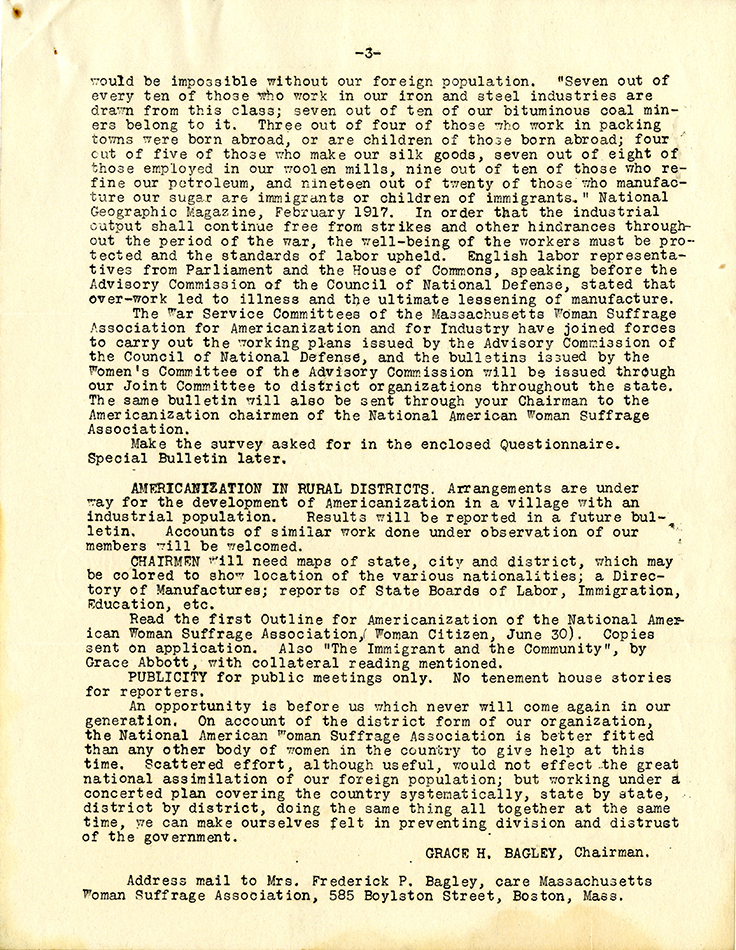 Excerpts:
p. 1 "SPEAKING ENGLISH IS THE FIRST STEP IN AMERICAN CITIZENSHIP AND THEREFORE THE PUBLIC SCHOOL IS THE NATION-WIDE MEDIUM FOR THE MAKING OF LOYAL AMERICAN CITIZENS OUT OF OUR ALIEN POPULATION."

p.2 "PROVIDE FOR THE AMERICANIZATION OF THE IMMIGRANT WOMAN. Can the Americanization of our foreign population succeed without the cooperation of the mother? Past failure is due largely to the fact that no intelligent effort has been made to face the situation of the immigrant woman, who either has an infant in her arms or is expecting a baby..."

"PATRIOTIC MEETINGS should be organized and conducted by suffragists in every foreign quarter in the United States. Music stereoptican picutres and speeches in foreign languages should be among the attractions. Learn the art of making these patriotic meetings so attractive that the crowds will have to be shut out instead of coaxed in."

p. 2-3 "AMERICANIZATION AND INDUSTRY. LABOR IS THE KEY TO SUCCESS in the war. We must not only feed, clothe and arm our own soldiers, sailors and civilians; we must also assist our allies. The task would be impossible without our foreign population."