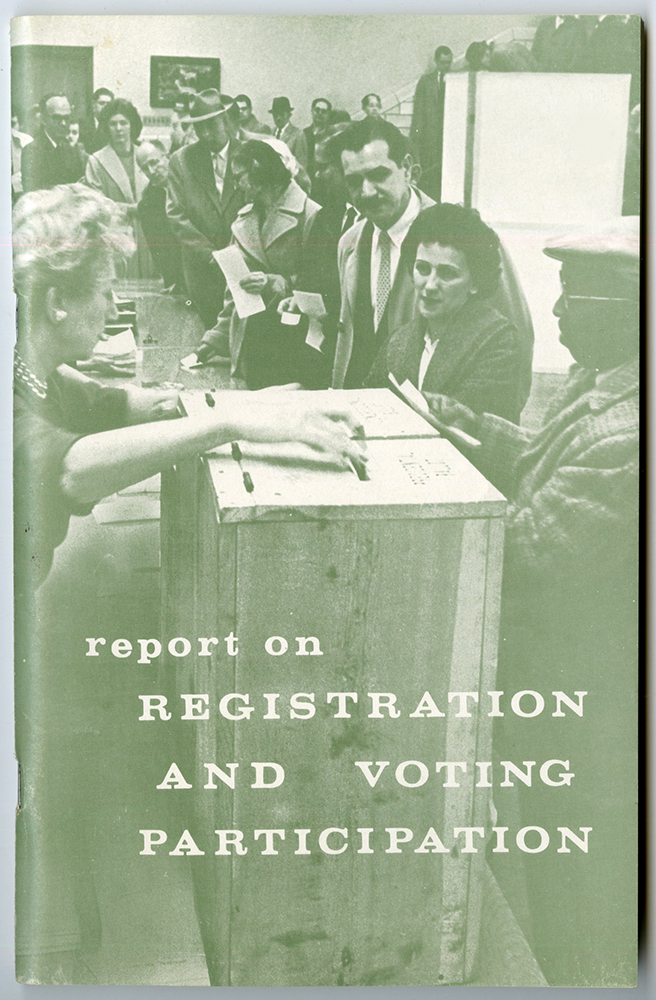 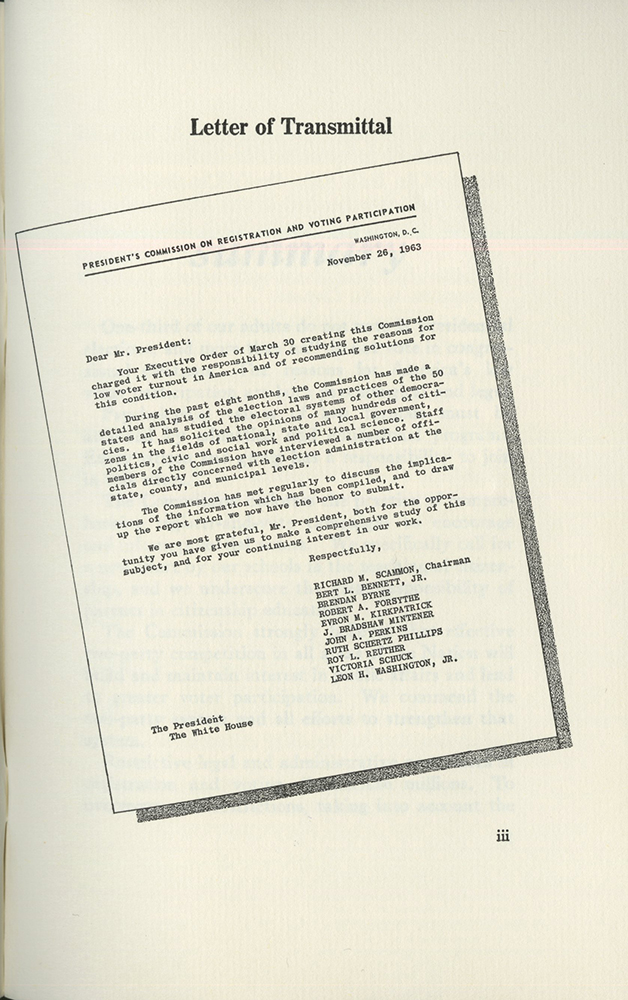 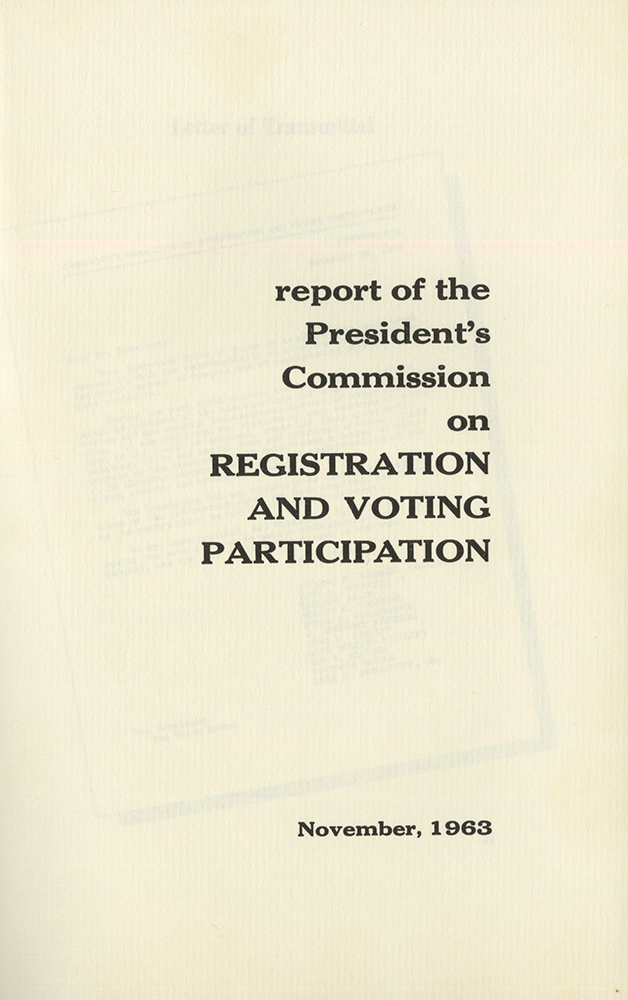 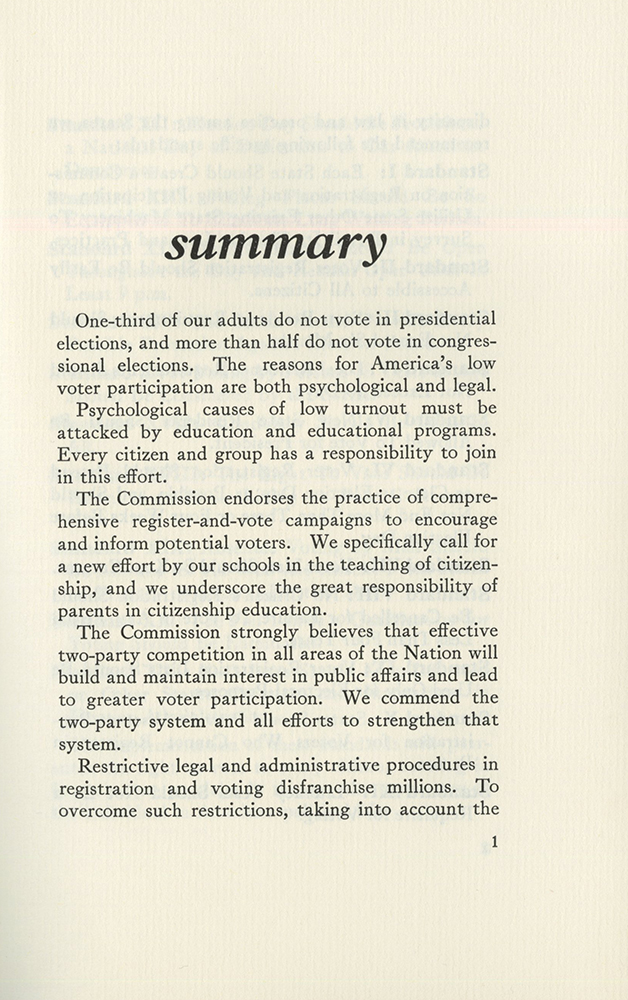 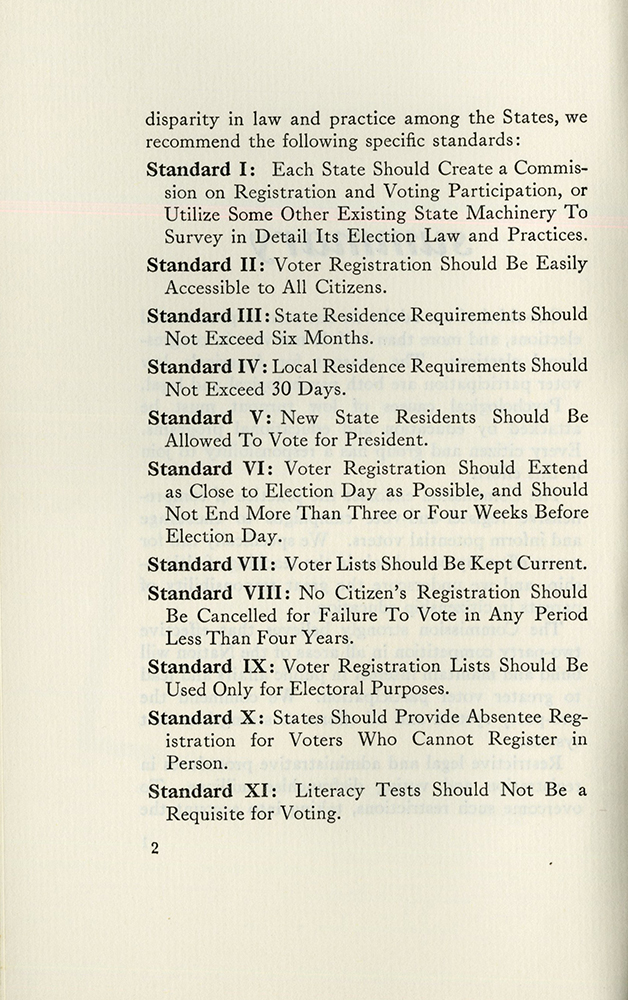 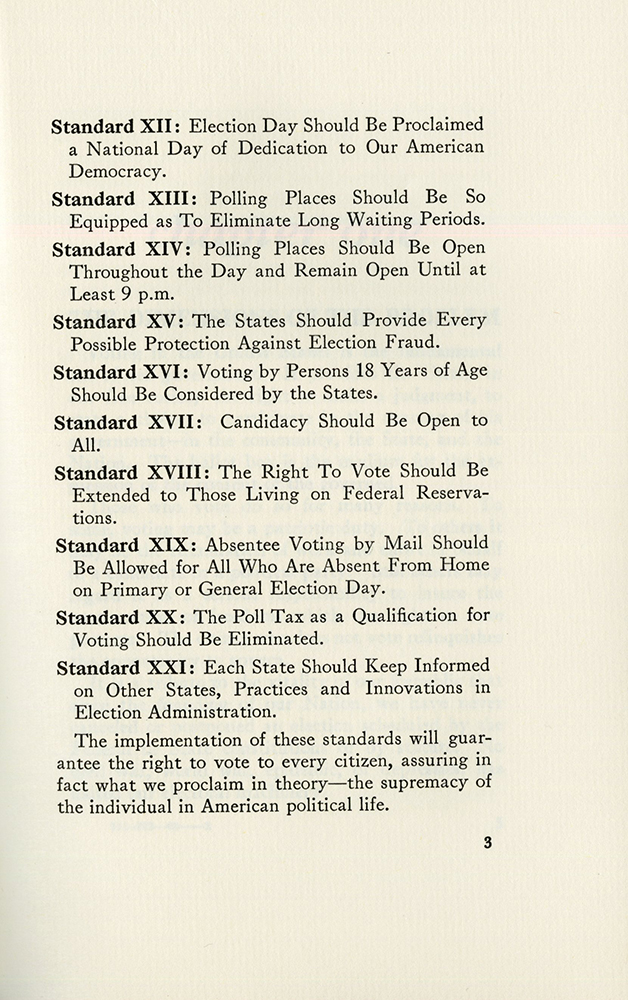 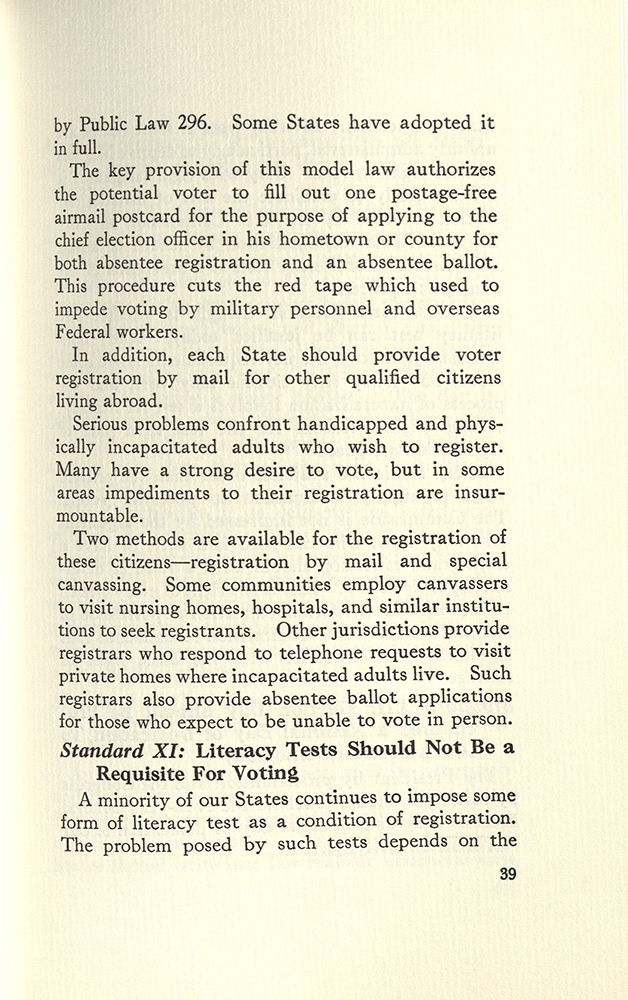 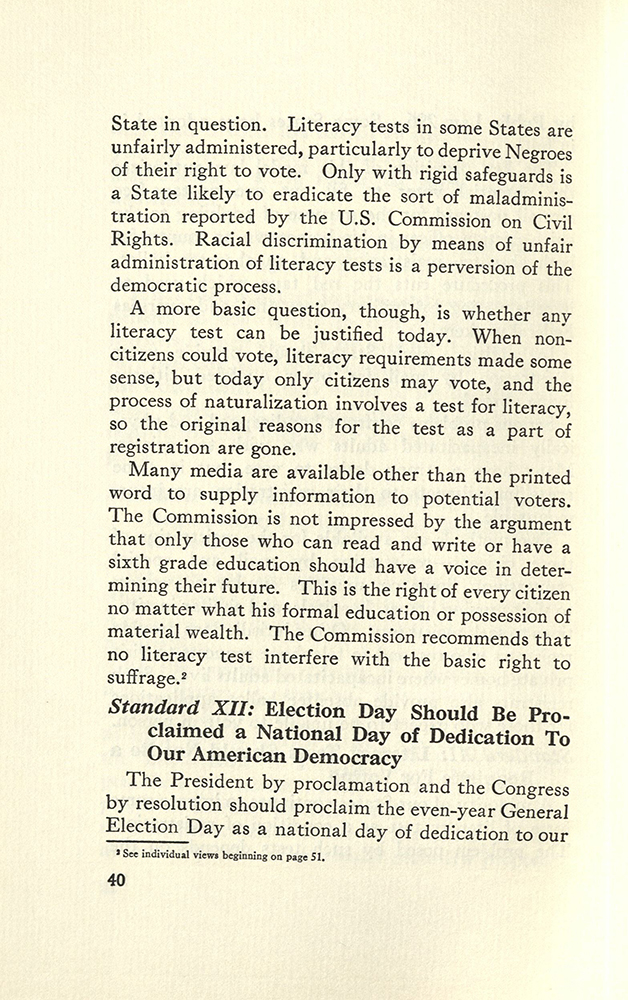 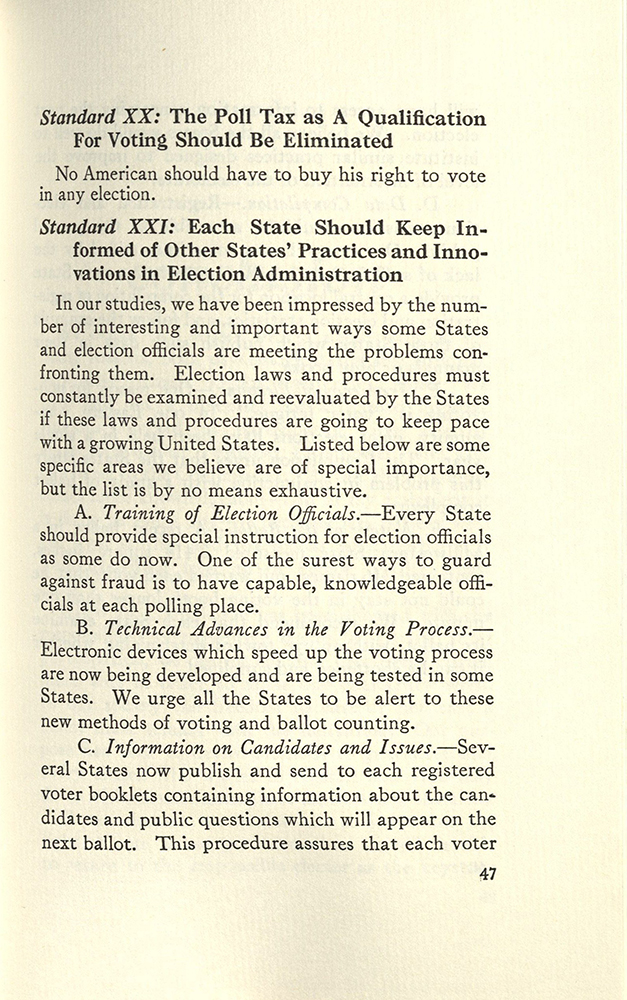 Report of the President's Commission on Registration and Voting Participation. The bipartisan commission was created by Executive Order on March 30, 1963 by President John F. Kennedy. The Commission was chaired by Richard M. Scammon, Census Director.

The report was transmitted on November 26, 1963, just days after Kennedy's assassination. In February, 1964, President Lyndon B. Johnson mailed this report along with a letter to Eleanor P. Sheppard, Mayor of Richmond, Virginia.

In its opening summary, the Commission wrote:

Psychological causes of low turnout must be attacked by education and educational programs. Every citizen and group has a responsibility to join in this effort.

The Commission endorses the practice of comprehensive register-and-vote campaigns to encourage and inform potential voters. We specifically call for a new effort by our schools in the teaching of citizenship, and we underscore the great responsibility of parents in citizenship education.

The Commission strongly believes that effective two-party competition in all areas of the Nation will build and maintain interest in public affairs and lead to greater voter participation. We commend the two party system and all efforts to strengthen that system.

Restrictive legal and administrative procedures in registration and voting disfranchise millions. To overcome such restrictions, taking into account the disparity in law and practice amont the States, we recommend the following specific standards:

[Twenty-one standards are listed, including the elimination of literacy tests and poll taxes and the extension of voting to persons eighteen years of age.]

The implementation of these standards will guarantee the right to vote to every citizen, adduring in fact what we proclain in theory--the supremacy of the individual in American political life."

Acknowledgment of the Virginia Commonwealth University Libraries as a source is requested.

Letter to Eleanor P. Sheppard from Lyndon B. Johnson, February 10, 1964
Back to Set