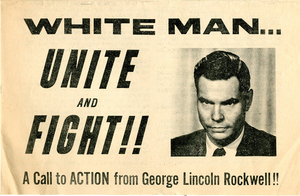 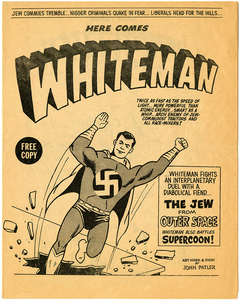 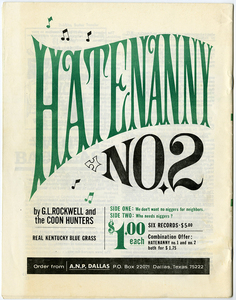 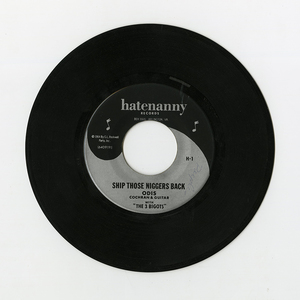 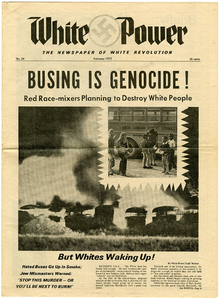 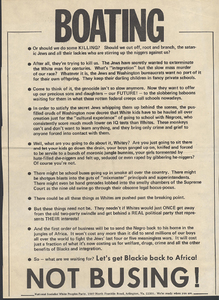 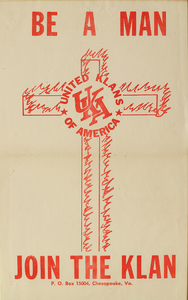 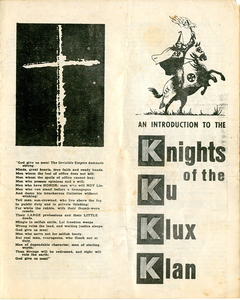 Introduction to the Knights of the KKK 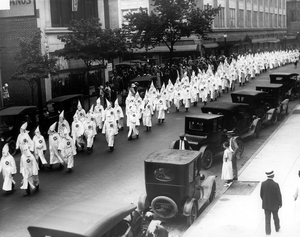 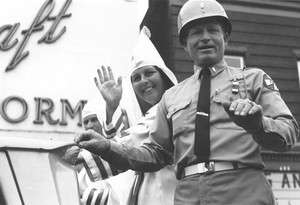 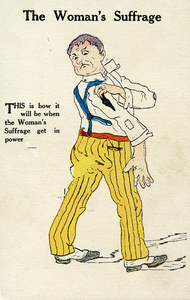 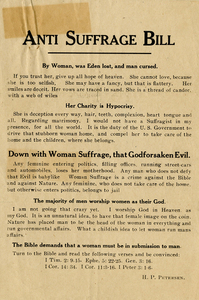 By Woman was Eden lost and man cursed 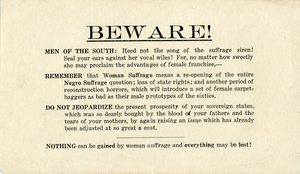 Beware! Men of the South 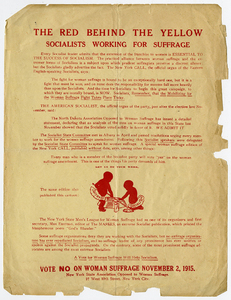 Red behind the Yellow

Social reform rarely, if ever, comes about without opposition and debate. Sometimes, however, opposition to change crosses a line into extremism and hatred. In these instances, opponents typically focus not only on the idea or policy change, but on the people associated with this change. While disagreement and debate are signs of a healthy democracy, hate literature seeks to stir up animosity and even violence towards people who belong to a different race, religion, or ethnicity; have a disability; differ in sexual orientation; or have a different country of origin. Extremist groups may use times of social unrest and disagreement as an opportunity to promote their own intolerant views and agendas.

The materials shown here represent a variety of extreme responses to social reform movements including suffrage, civil rights, and school busing. They do not represent the views of VCU Libraries or our Partner Institutions, but are presented so that scholars and students may study the language and arguments used by such groups. If you have any questions, please feel free to contact VCU Libraries at LibSWHP@vcu.edu.