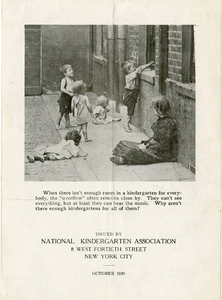 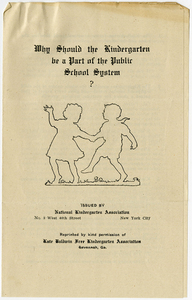 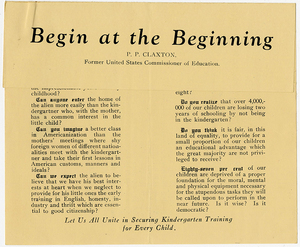 Flyer promoting the value of 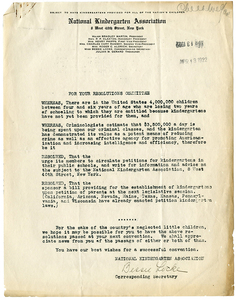 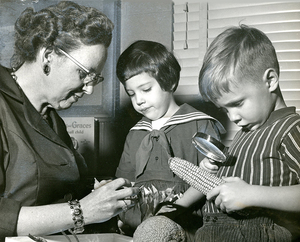 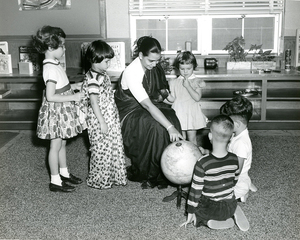 Kindergarten was an early childhood educational curriculum developed by Friedrich Froebel in the first part of the 19th century. Froebel developed special educational toys for his Kindergarten schools named "The Gifts" because they were both given to the child, and also functioned as tools for adults to observe the innate human "gifts" each child posseses from birth. Froebel believed that play was not idle behavior, but a necessary impulse leading children to discover how things work. He believed they would then construct meaning from their experiences.

Milton Bradley was the first major toymaker to produce the Gifts & Occupation materials in the United States. Frank Lloyd Wright, Buckminster Fuller, and other notable architects and artists were educated with the Froebel's Gifts.

Over time, other early childhood educational philosophies would be developed by educators such as Maria Montessori, Rudolf Steiner, and Loris Malaguzzi. These approaches (Montessori, Waldorf, and Reggio Emilia) and other kindergarten curricula all owe a debt to Froebel's insight into brain development and the importance of early childhood experiences.

The Kindergarten As A Child-Saving Work, Social Welfare History Project

The Place of The Kindergarten in Child-Saving: 1900, Social Welfare History Project