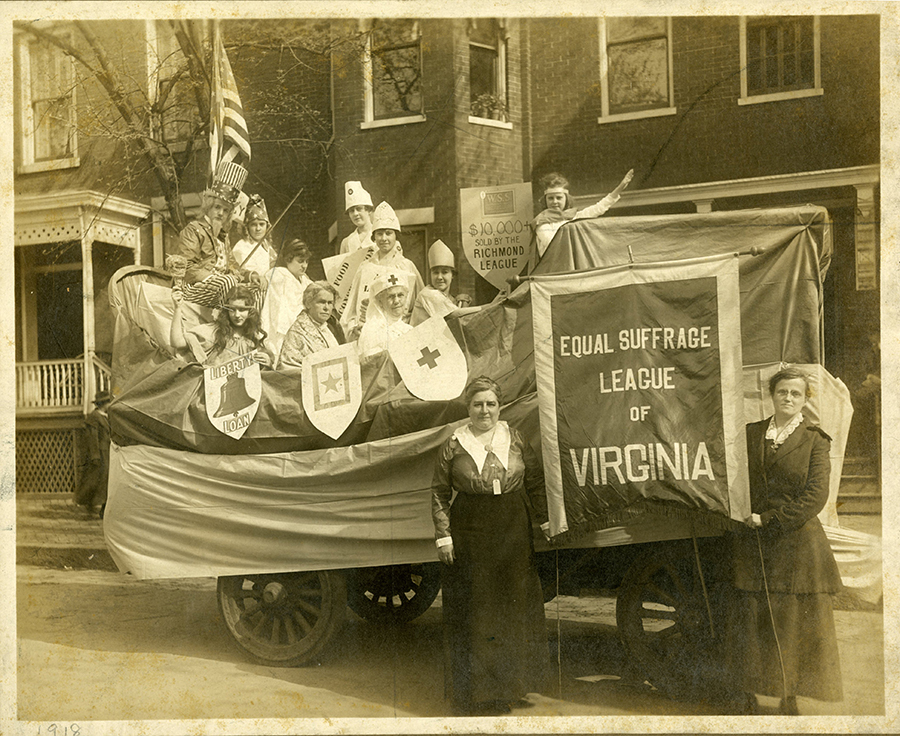 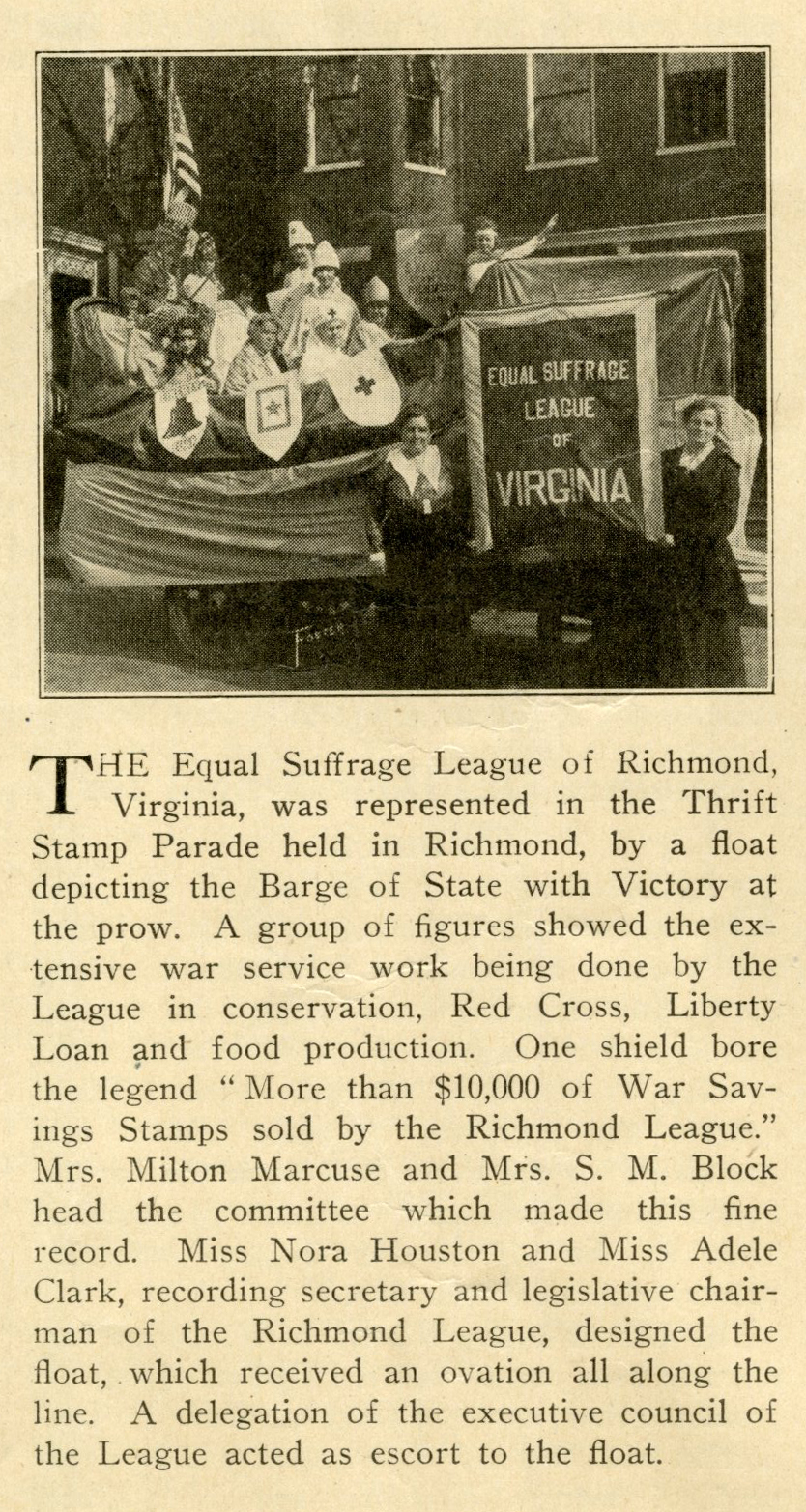 Equal Suffrage League of Virginia float depicting the Barge of State with Victory at the prow.

This photograph was taken at the Thrift Day Parade held the afternoon of Saturday, March 23, 1918 in Richmond, VA. According to newspaper reports, over 20,000 people participated and over 100 floats were present.

This photograph was published in the April 20, 1918 issue of The Woman Citizen. Adele Clark and Nora Houston, Richmond art teachers and leaders in the Equal Suffrage League of Virginia (ESL), decorated the float which was sponsored by the Richmond league of the ESL.

The “boat” was occupied by children and others in costumes representing “the extensive war service work being done by the League in conservation, Red Cross, Liberty Loan and food production” (Woman Citizen, 414).

The location of this image is the 100 block of the N. 4th St. directly across the street from the ESL headquarters. Holding the ESL banner are Ida Mae Thompson (1866–1947) and Edith Clark Cowles (1874-1954), both members of the ESL. Ralph Harvie Wormeley is dressed as Uncle Sam, with Adeline Harmon Cowles as Columbia, beside him. In the seat in front of them is Martha Jobson as Democracy.

See the phototgraph "We Fight for Democracy" for a portrait of Uncle Sam, Columbia and Democracy who holds a ballot box.