Certificate of Confirmation for Beulah Bratman 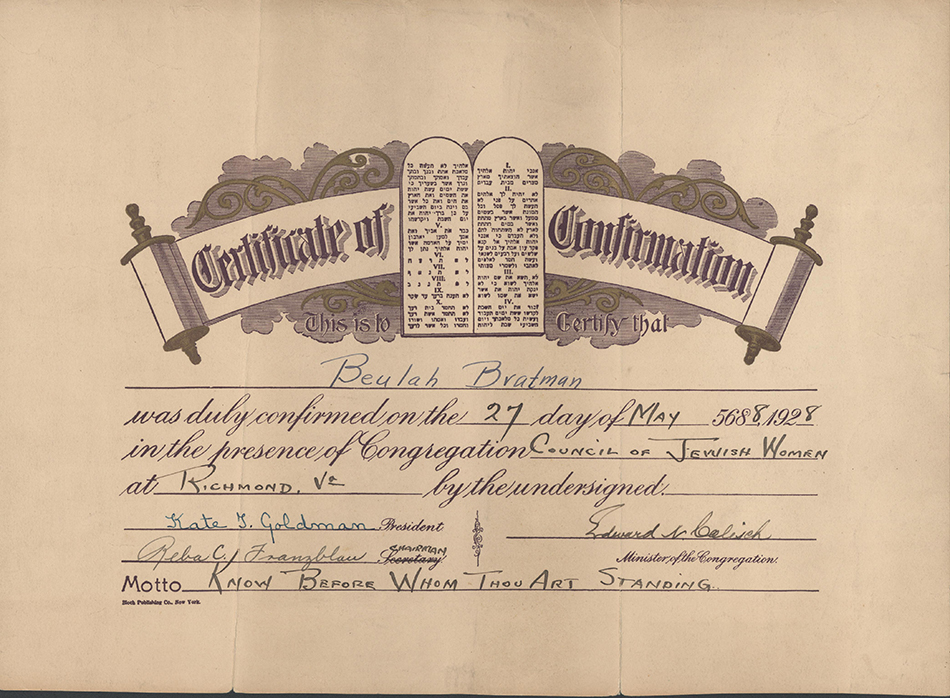 Certificate of Confirmation for Beulah Bratman

"This is to Ceritfy that Beulah Bratman was duly confirmed on the 27 day of May 5688, 1928 in the presence of Congregation Council of Jewish Women at Richmond, VA by the undersigned
Kate T. Goldman, President
Reba C. Franzblau, Chairman
Edward N. Calisch, Minister of the Congregation

Motto Know Before Whom Thou Art Standing"
----
In the early 1900’s, non-resident settlement houses were created throughout the country to assist with immigrant adjustment to America.  In 1912, the Richmond Section of the National Council of Jewish Women established Neighborhood House at 19th and Broad Streets. Programs of social, recreational and religious activities were provided for the children of recent Jewish immigrants.