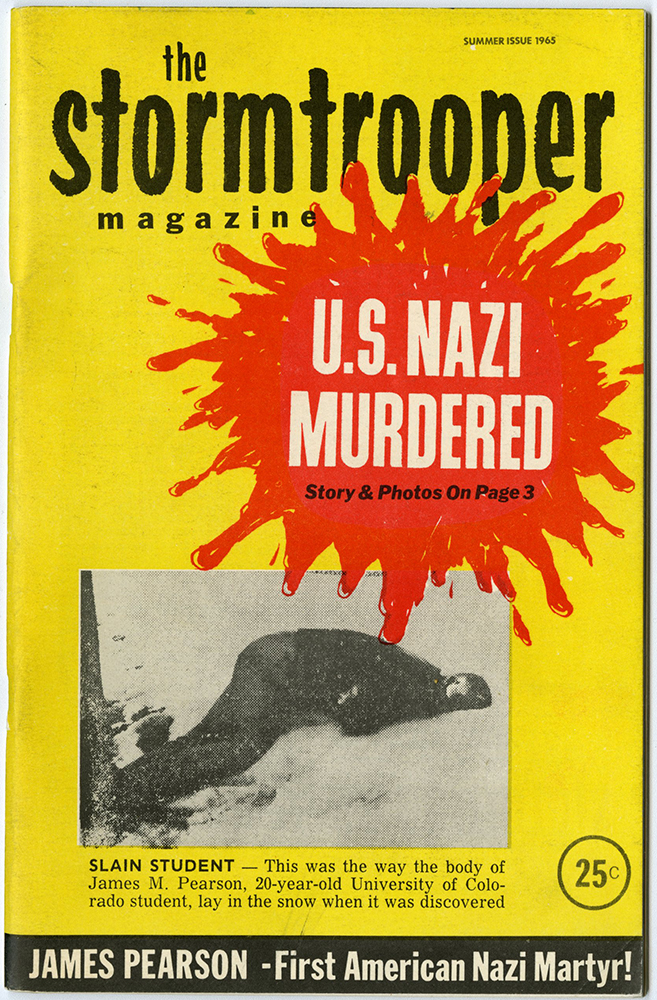 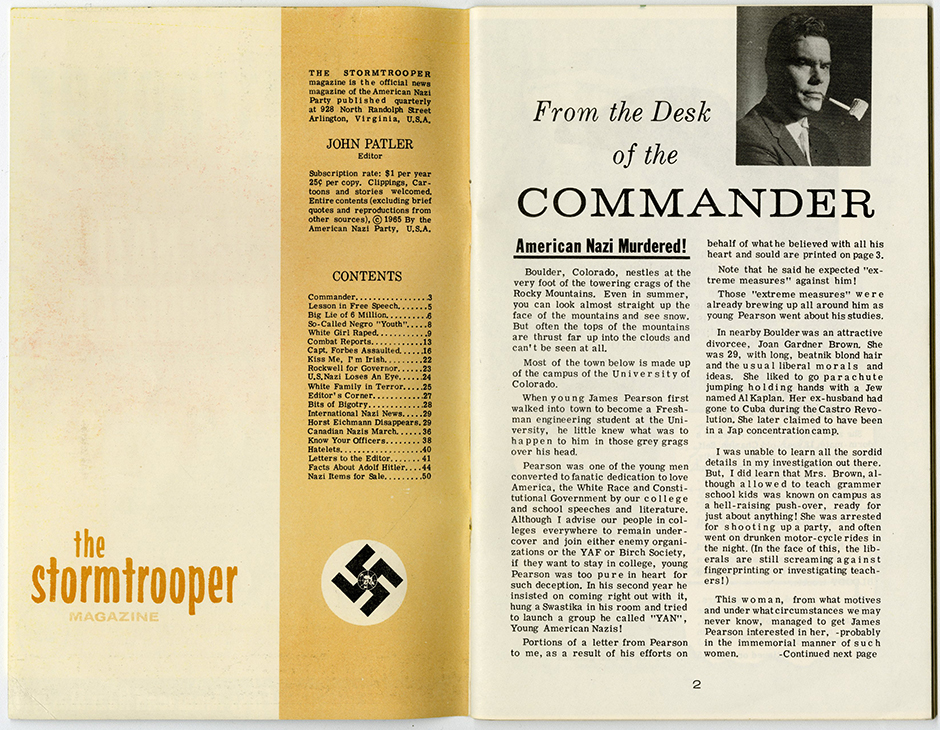 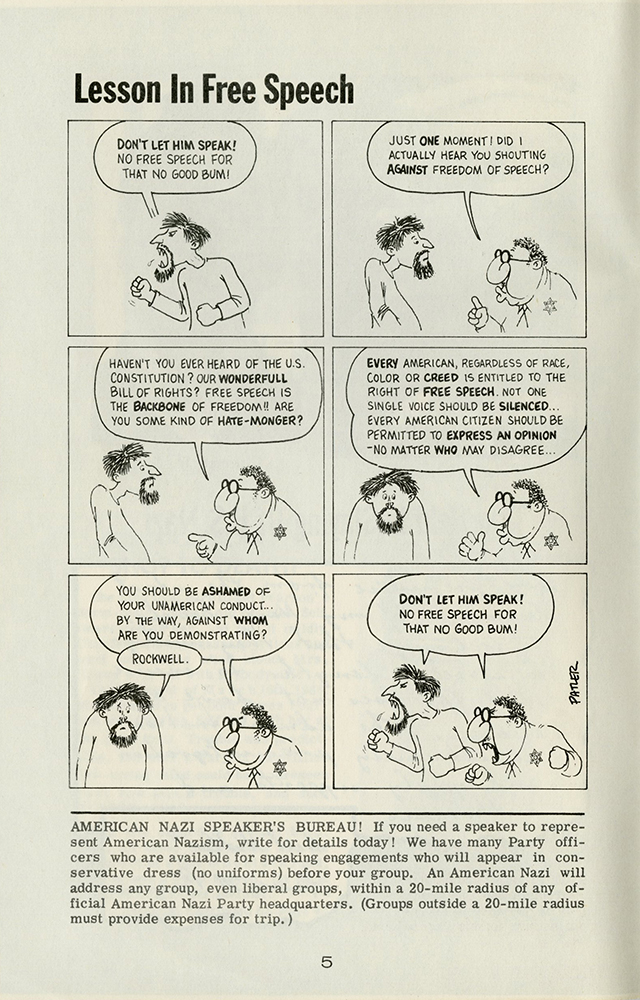 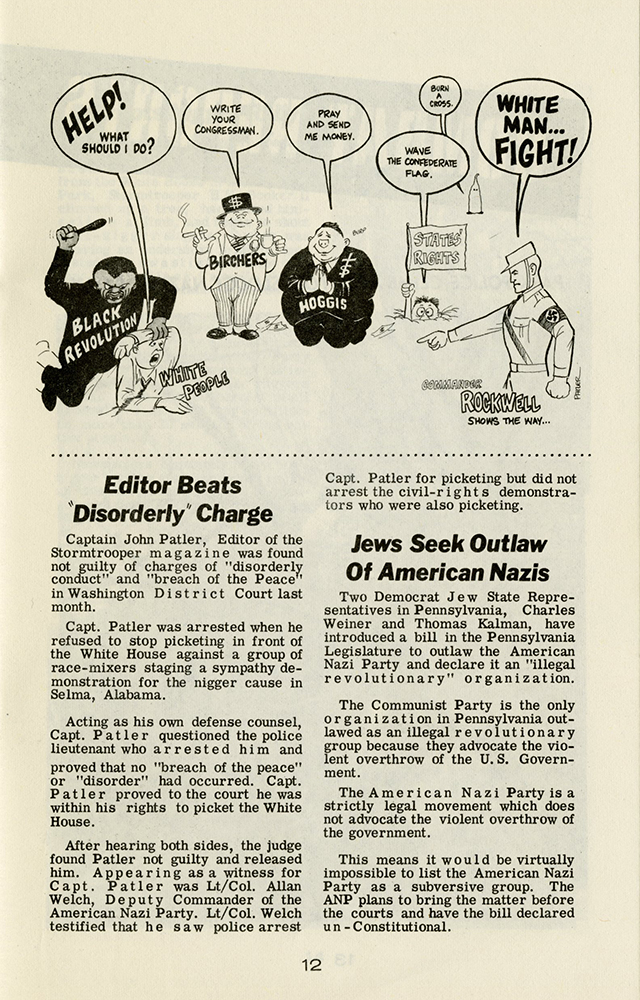 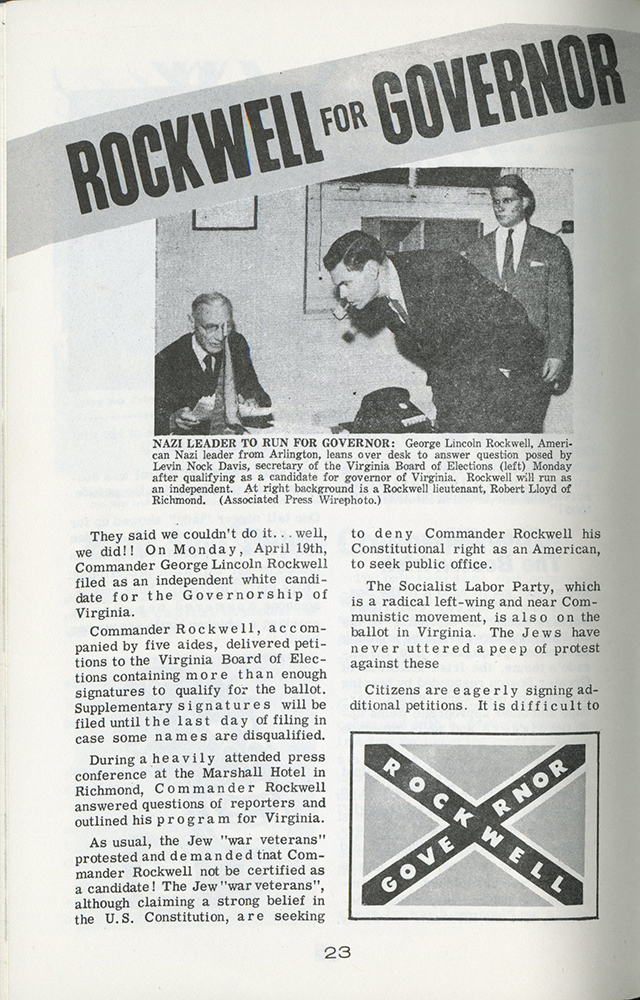 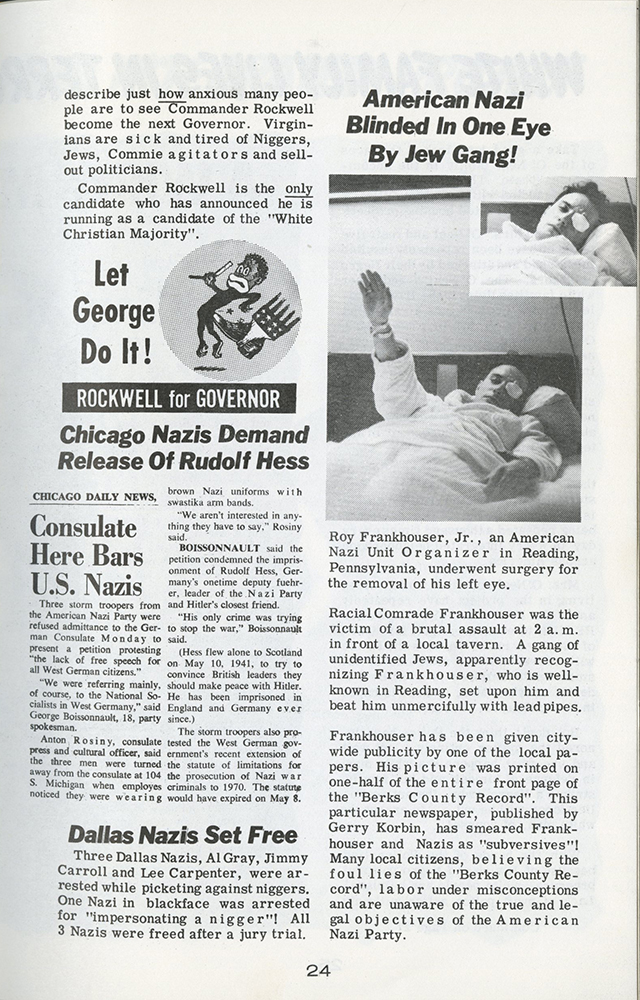 From inside front cover:

Last two pages and back cover list "Nazi Literature and Other Items For Sale" that include booklets, photographs of George Lincoln Rockwell, Adolph Hitler and Joseph McCarthy, leaflets, arm bands, lapel pins, recordings, stickers, and copies of "The Protocols of the Learned Elders of Zion," an antisemitic forgery purporting to describe a Jewish plan for global domination.

In 1967, Patler was expelled from the ANP after disagreeing with founder George Lincoln Rockwell. On August 25, 1967, Patler shot and killed Rockwell at an Arlington, Va. shopping center.

Selected pages include a cartoon by Patler, "Lessons in Free Speech" which shows a long-haired "liberal" and a Jew (wearing a Star of David) discussing free speech and the Constitution  while protesting a speech by George Lincoln Rockwell.

A notice on page 12 describes how the editor of The Stormtrooper, John Patler, was found not guilty on a charge of disorderly conduct for picketing in front of the White House.