What Rockwell Will Do As Governor [Rockwell for Governor Campaign leaflet] 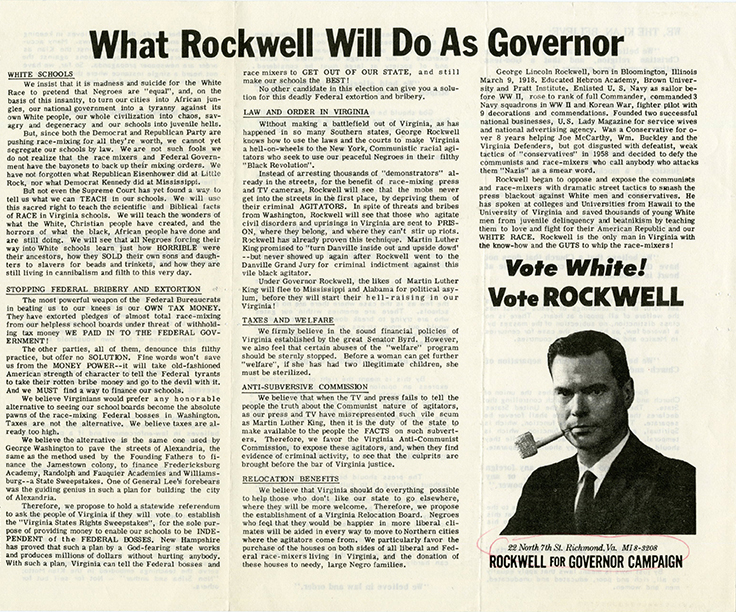 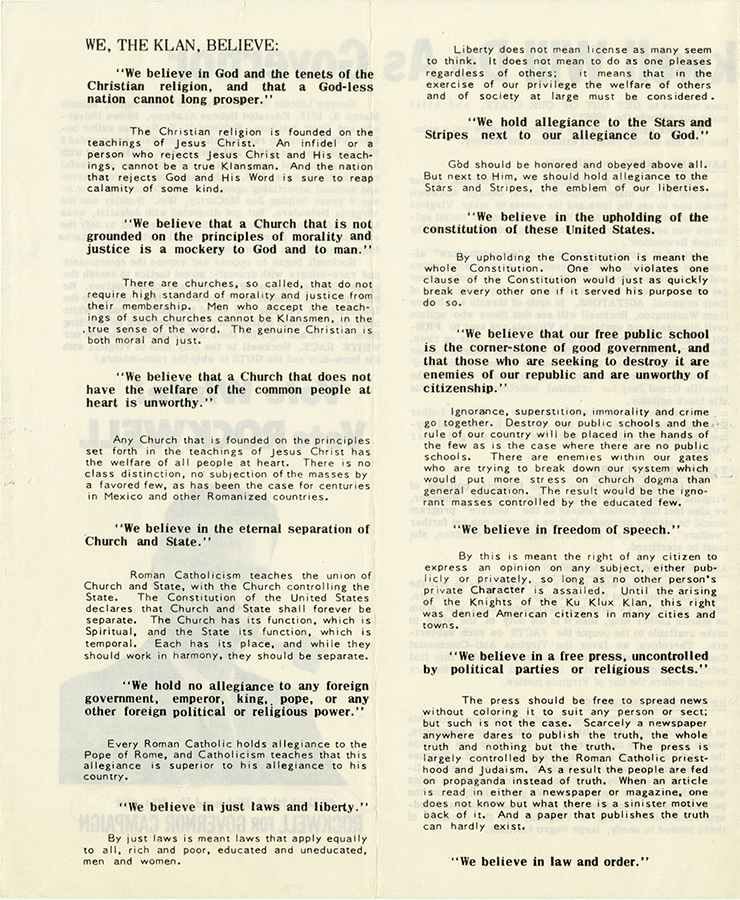 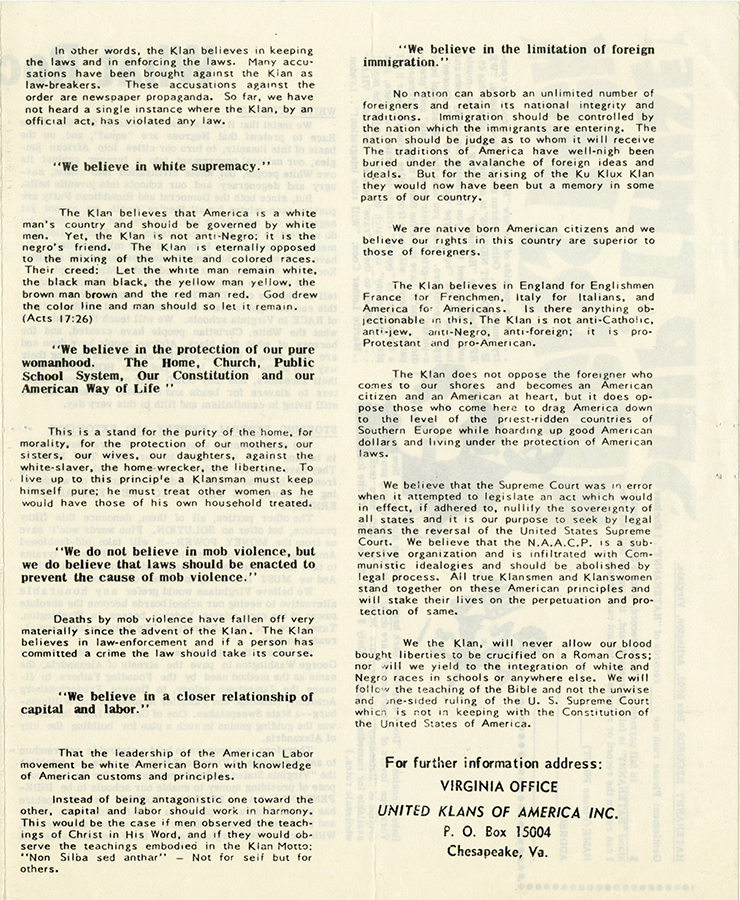 What Rockwell Will Do As Governor [Rockwell for Governor Campaign leaflet]

Two-sided campaign leaflet for George Lincoln Rockwell's 1965 gubernatorial campaign. One side appears to originate from Rockwell's organization, the American Nazi Party, and includes an advertisement for Hatenanny Records.

The reverse contains a statement of belief from the Virginia Office of the United Klans of America, Chesapeake, Va.

Rockwell's campaign platform promotes white schools, stopping federal bribery and extortion, law and order in Virginia, taxes and welfare, anti-subversive commission, and relocation benefits. His campaign values are supported by those of the Ku Klux Klan, which are enumerated in the pamplet, as well.

The Ku Klux Klan was founded in 1866 by former Confederate soliders who sought to continue to intimidate and commit acts of violence against black Americans. Klan support and action surged in the 1920s, when they further adopted anti-immigrant, anti-Catholic, and anti-Semitic agendas. Likewise, there was another revival in the 1940s-1960s in response to the Civil Rights movement, school desegreation, and the pressure to end Jim Crow laws throughout the south.

To maintain and garner support, the Klan associated themselves with Christianity, even using a burning cross to represent white Protestant identity.