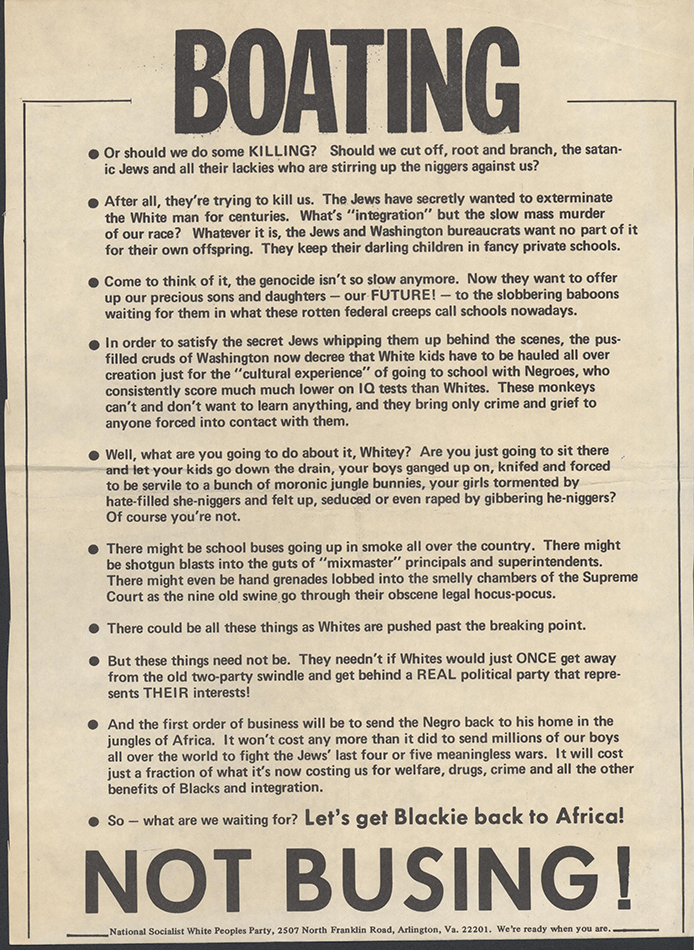 Using violent antisemitic and racist speech, this flyer paints a dire picture of an integrated America if white people don't "get away from the old two-party windle and get behind a REAL political party that represents THEIR interests!"

While undated, this flyer is believed to date to around 1972 during the school busing conflicts in Virginia.