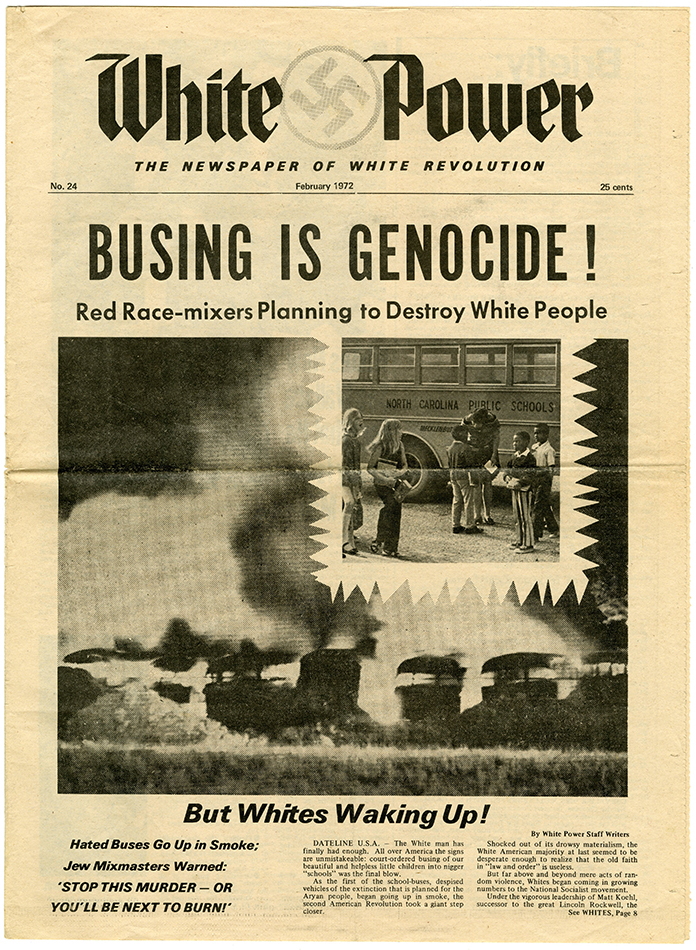 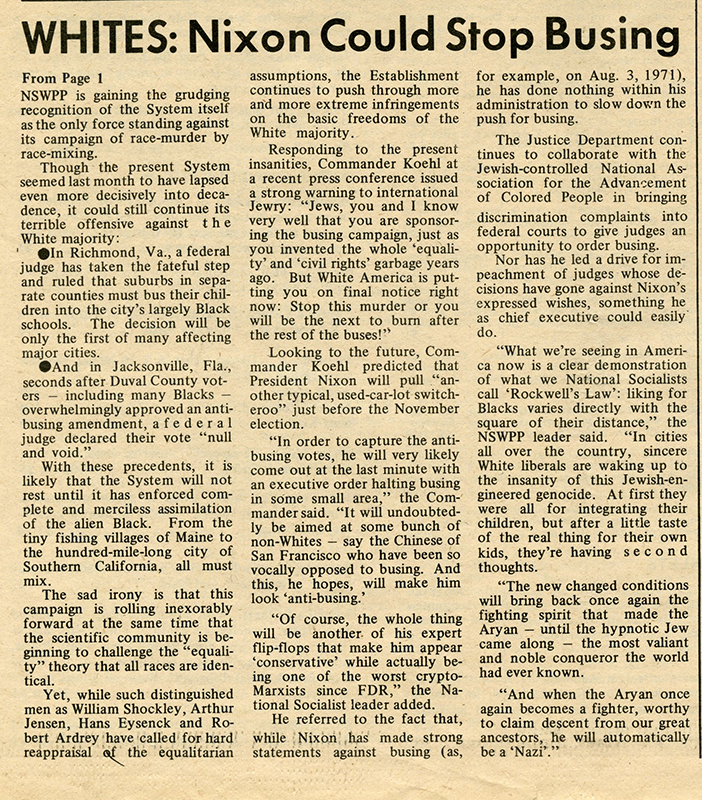 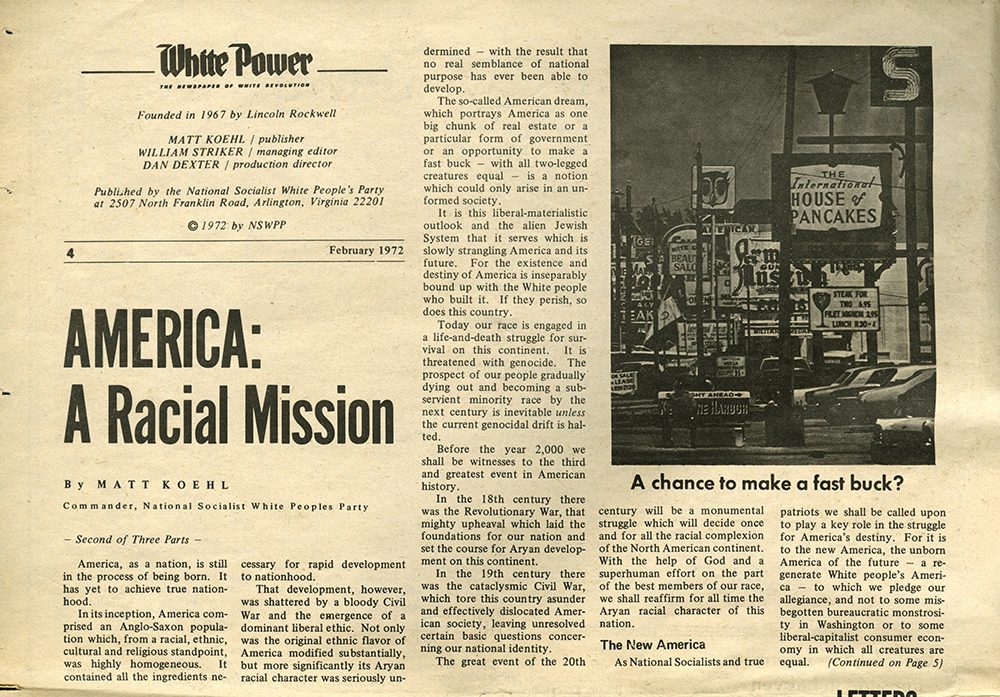 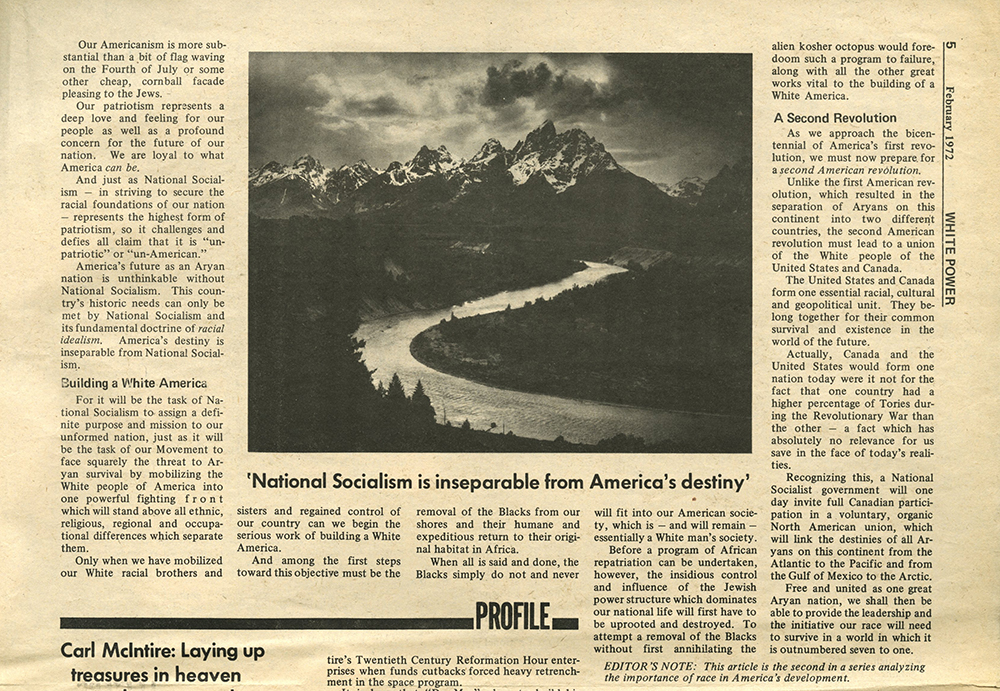 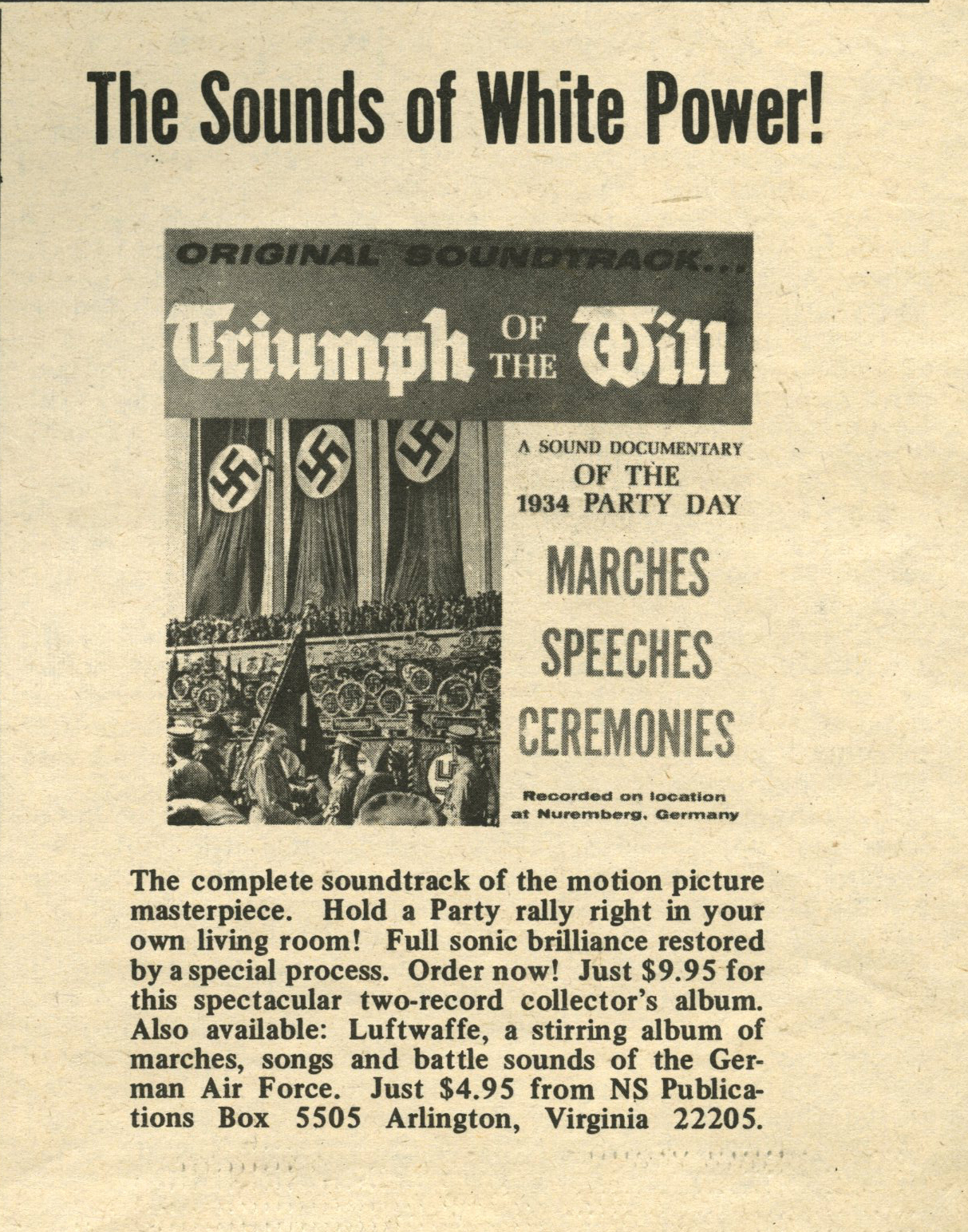 The cover of this 8-page newspaper declares "Busing is Genocide! Red Race-mixers Planning to Destroy White People But Whites Waking Up! Hated Buses Go Up in Smoke; Jew Mixmasters Warned: 'STOP THIS MURDER - OR YOU'LL BE NEXT TO BURN!'"

[Image Description: Three neatly-dressed black elementary school boys stand in front of a Mecklenburg County, NC school bus as two white girls carrying books look on. One of the boys is speaking with a teacher. This photograph is surrounded by jagged white shapes and placed over a photograph of buses burning.]

This article describes in violent racist and antisemitic language how the Aryan people of America are coming in growing numbers to the National Socialist movement under the leadership of Matt Koehl. The article continues on page 8 under the title, "Whites: Nixon Could Stop Busing."

Also shown is an advertisement for a subscription to White Power. "SMASH...The Paper Curtain!...Read the most dynamic, idealistic, informative newspaper in the world today! Act now! Don't miss one fact-and-action-packed issue!"

An advertisement for the soundtrack of Leni Riefenstahl's 1935 German propganda film, Triumph of the Will, says, "Hold a Party rally right in your own living room!" "Also available: Luftwaffe, a stirring album of marches, songs and battle sounds of the German Air Force."