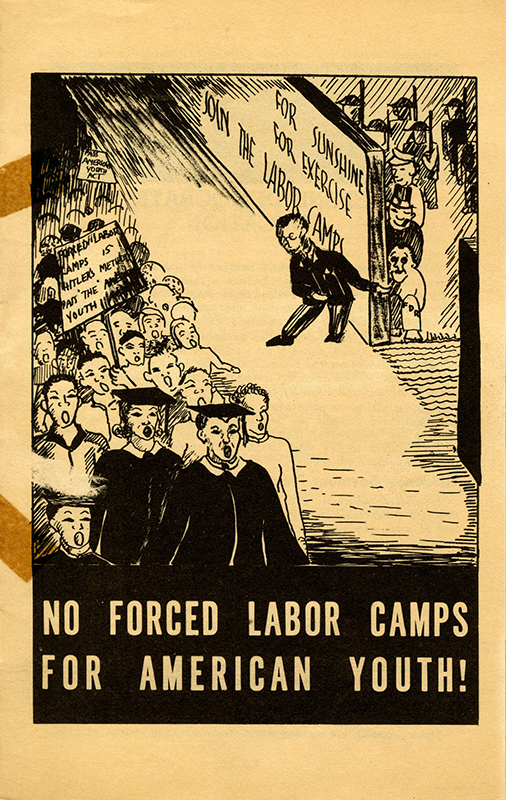 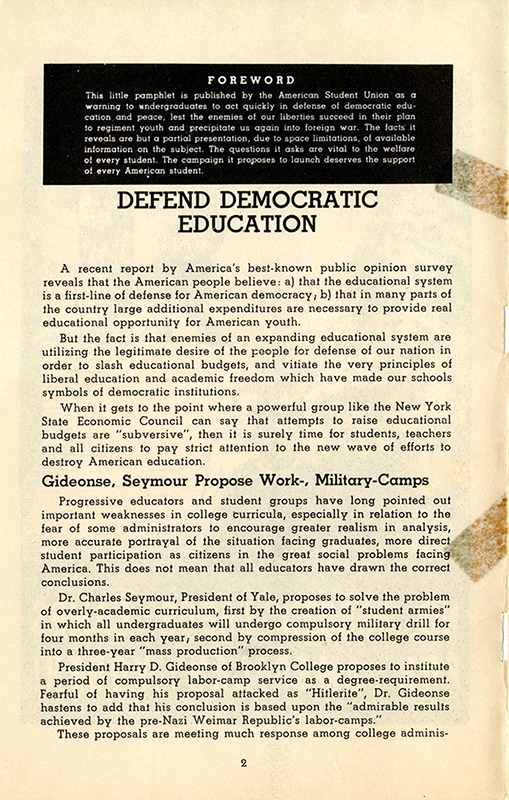 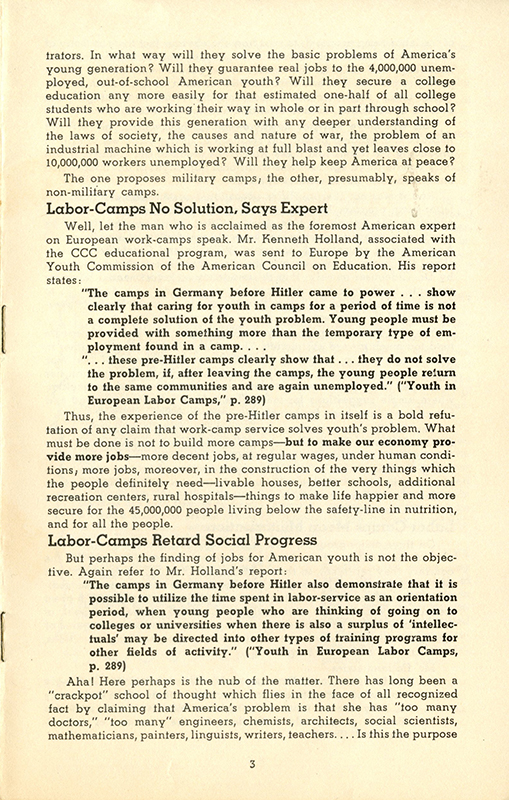 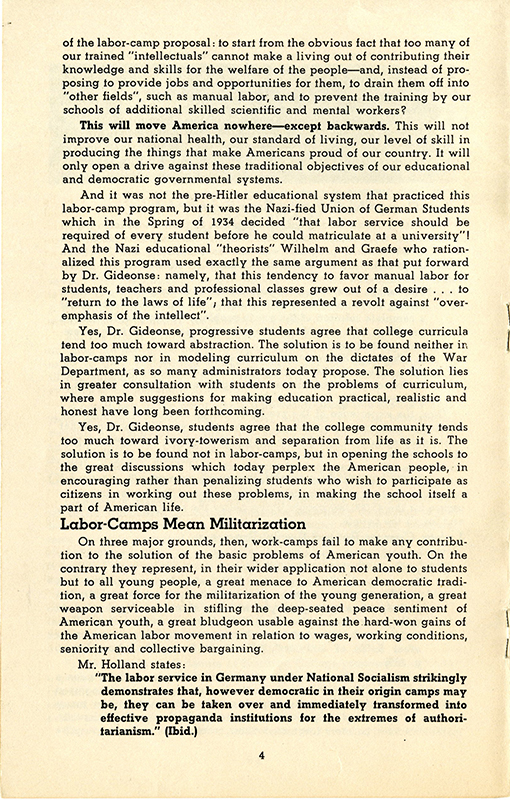 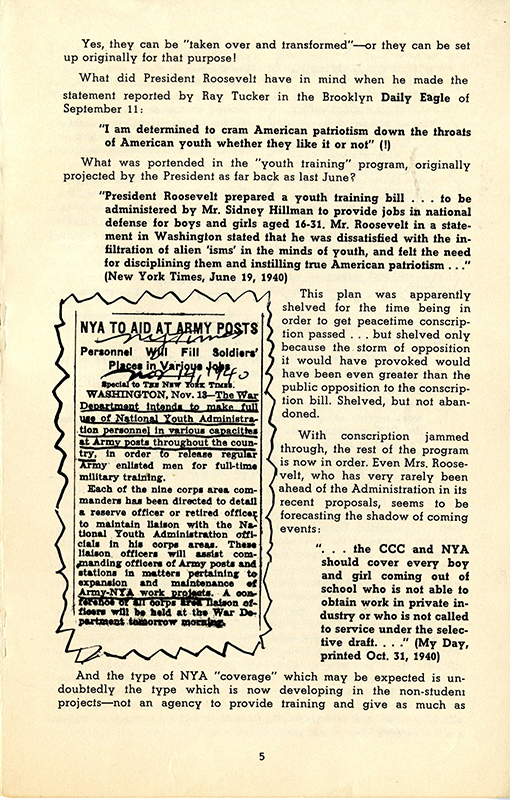 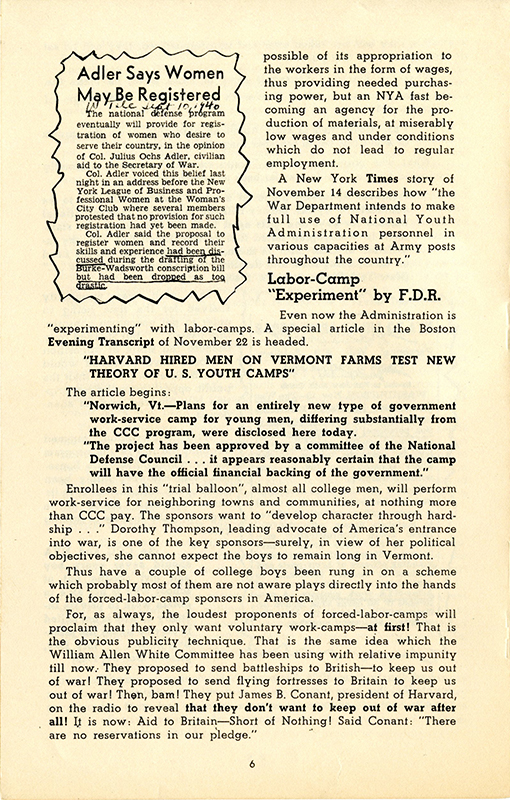 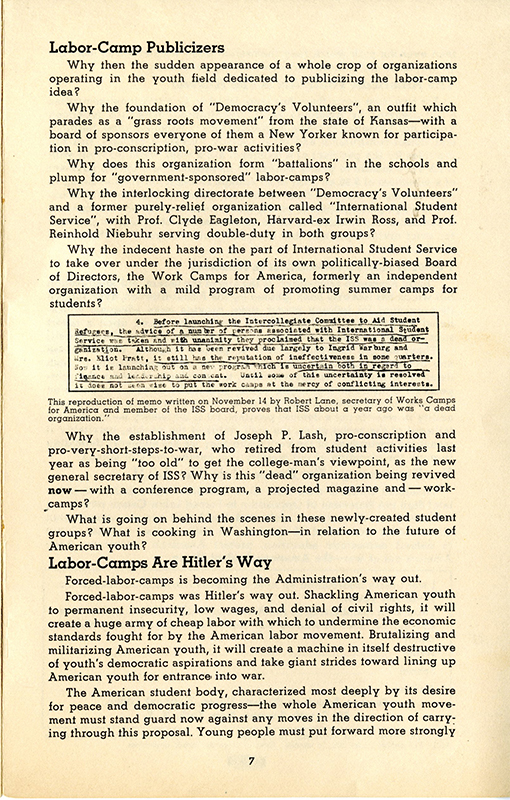 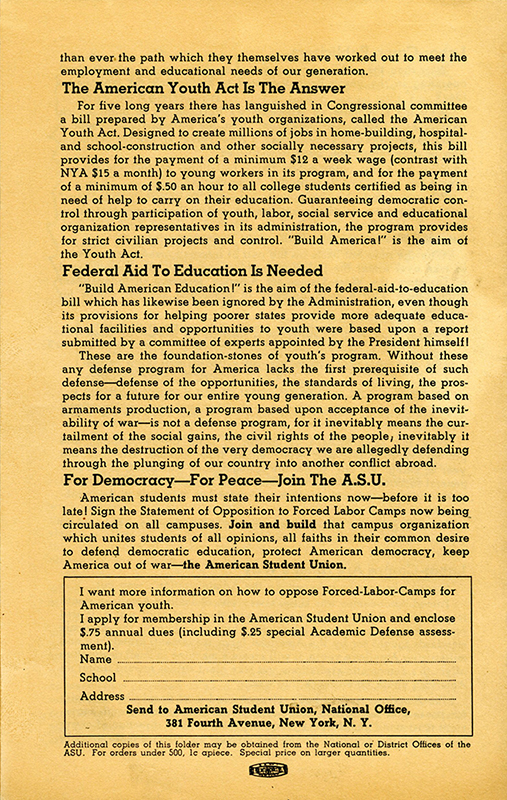 Pamphlet published by the American Student Union, a national left-wing organization of college students active in the 1930s. The group consisted of both communists and socialists, who argued over the group's stance on pacificism in the face of Hitler's rise to power and events in Europe.

The pamphlet advocates for the American Youth Act, a youth assistance bill proposed by the American Youth Congress as an alternative to the National Youth Administration. The AYA was never able to get out of committee on Capitol Hill, however, as it was too costly.

"Foreward: This little pamphlet is published by the American Student Union as a warning to undergraduates to act quickly in defense of democratic education and peace, lest the enemies of our liberties succeed in their plan to regiment youth and precipitate us again into foreign war. The facts it reveals are but a partial presentation, due to space limitations, of available information on the subject. The questions it asks are vital to the welfare of every student. The campaign it proposes to launch deserves the support of every American student."