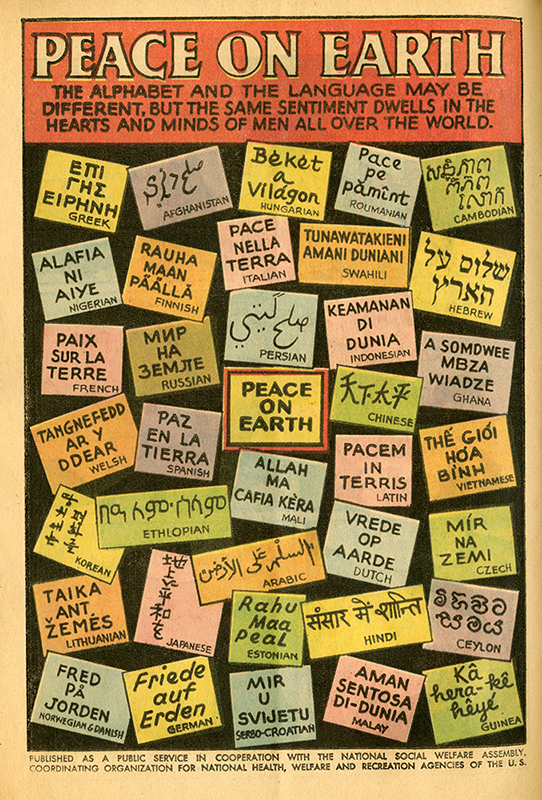 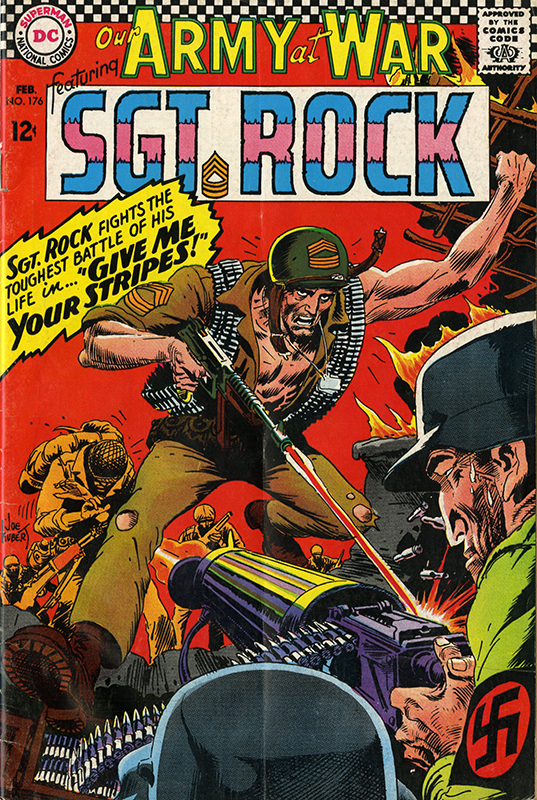 Text:
"Peace on Earth. The alphabet and the language may be different, but the same sentiment dwells in the hearts and minds of men all over the world."

Published in February of 1967, this issue featured Sgt. Rock fighting “the toughest battle of his life.” In real life, public opposition to the war in Vietnam was growing in 1967. Groups like “Another Mother for Peace” wrote Congress, Martin Luther King, Jr. gave a controversial speech against the war, and the National Mobilization Committee to End the War in Vietnam organized a march on the Pentagon where over 600 people were arrested for civil disobedience.