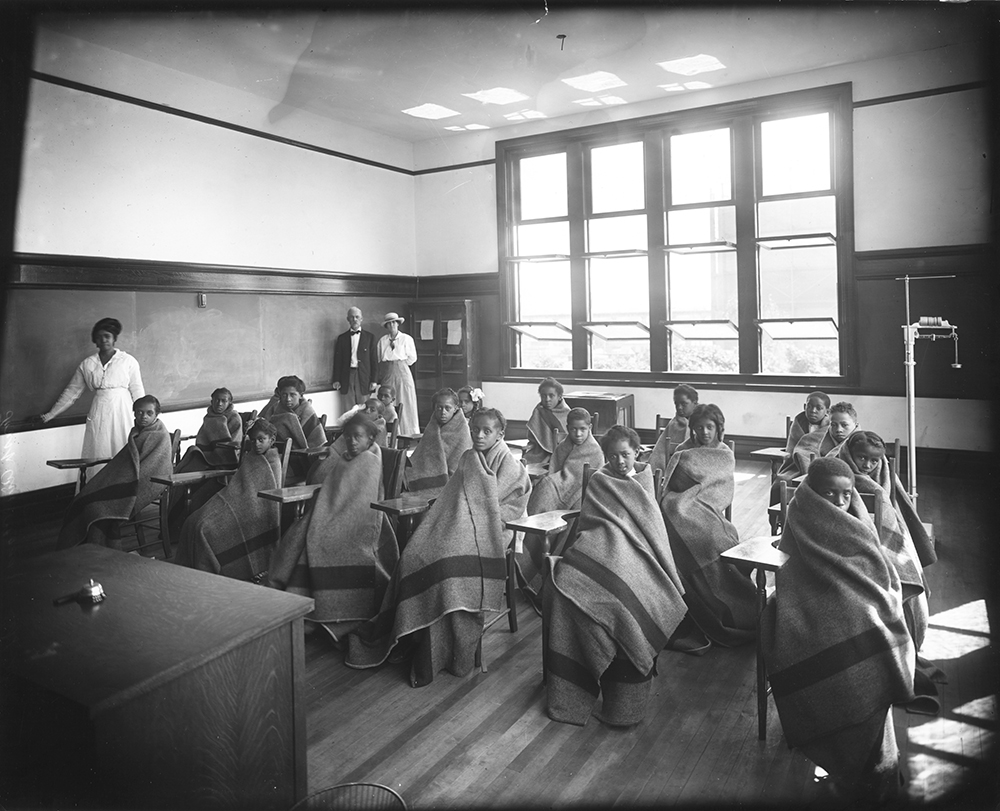 In the May 1917 issue of The Modern City, John H. Ferguson wrote about Richmond’s 16 open air schools: “Each school has a capacity of 20 children; and each one is always crowded, with a long waiting list. The children are selected from the entire public school system of the city by the school physician…Few of these children have tuberculosis even in its non-communicative forms, but they are all below par, physically, just in the right receptive condition to be fertile soil for the development of the disease.”

A Richmond Times-Dispatch notice of March 2, 1915 (p. 7) noted fundraising activities of "prominent society women" in support of the open-air schools. These women served as tearoom hostesses in the palm garden of the Jefferson Hotel. Indoor golf was a popular activity for which "two handsome silver cups" were to be awarded at the conclusion of the season.