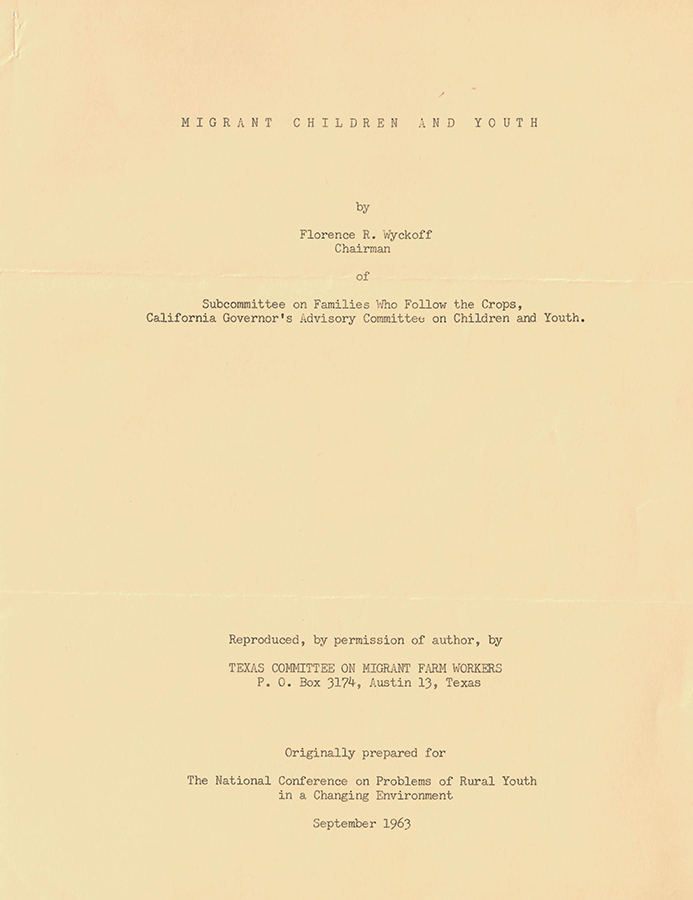 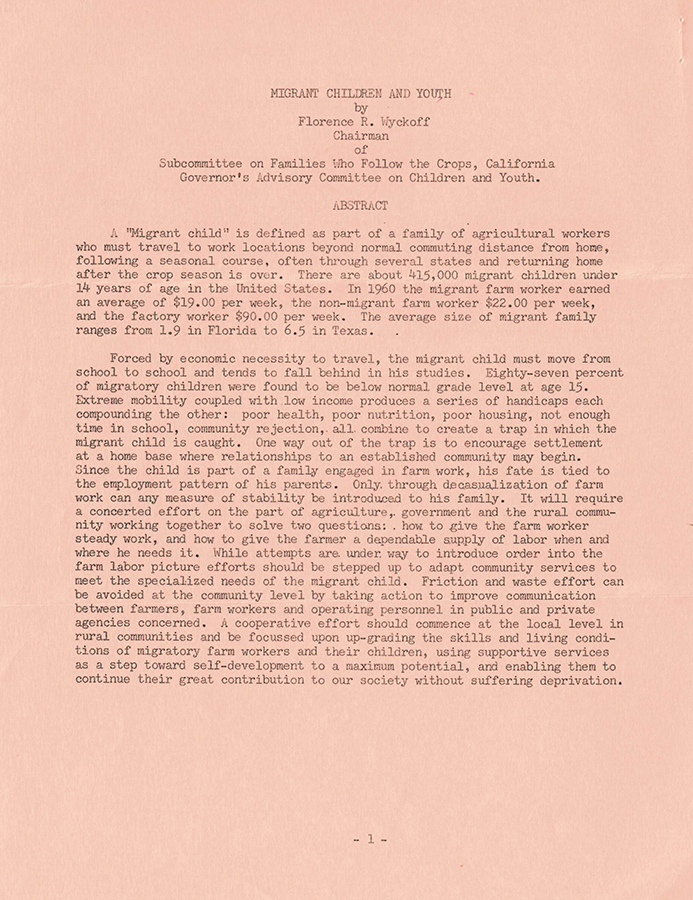 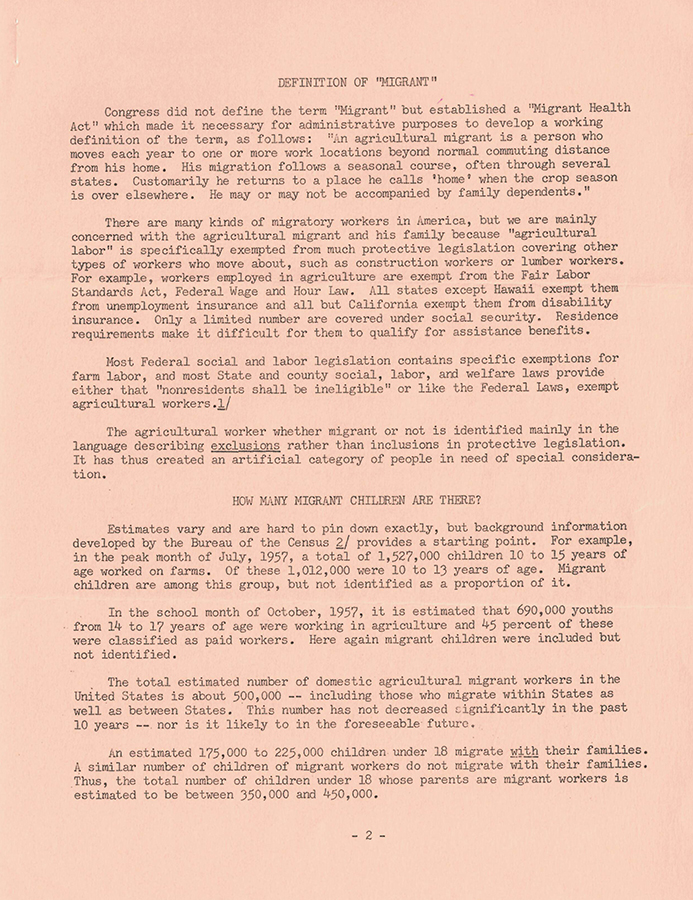 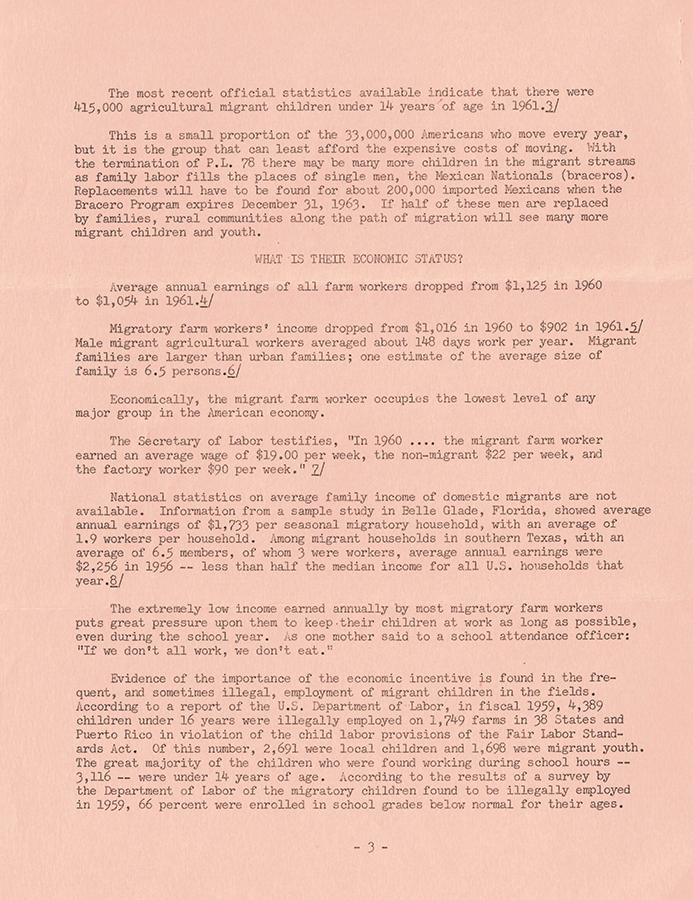 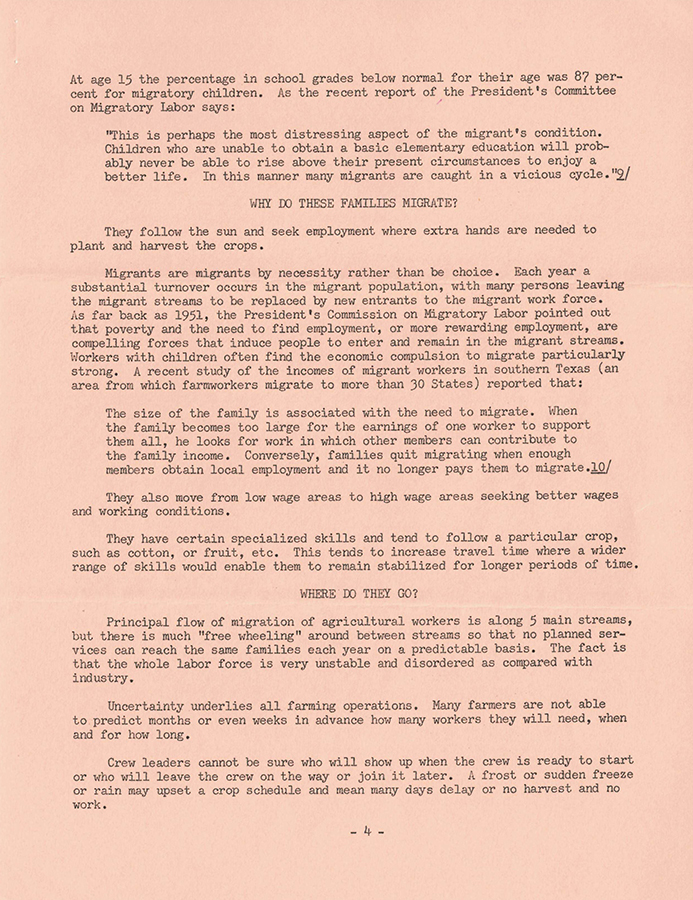 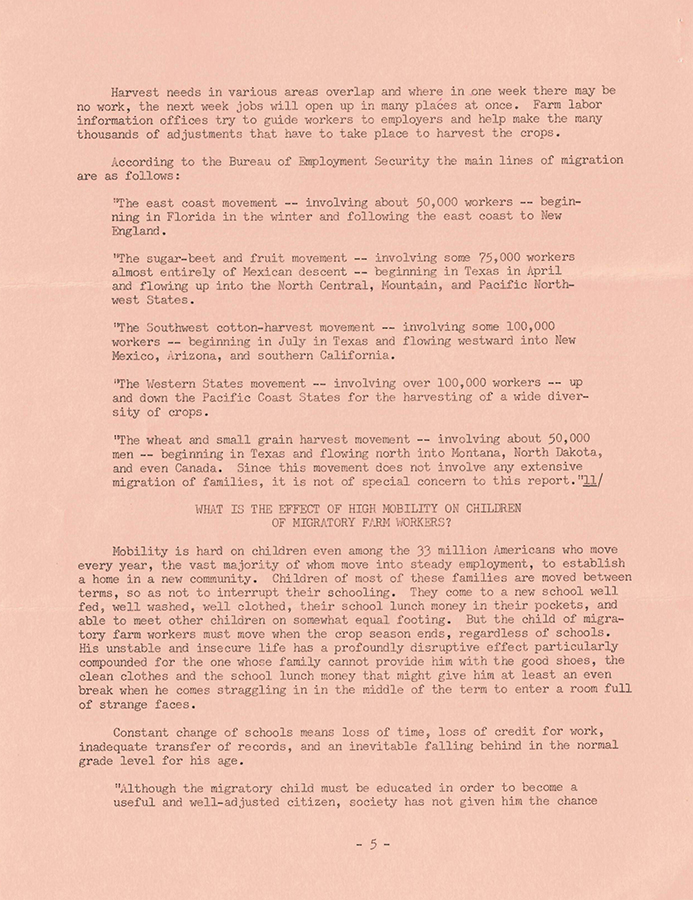 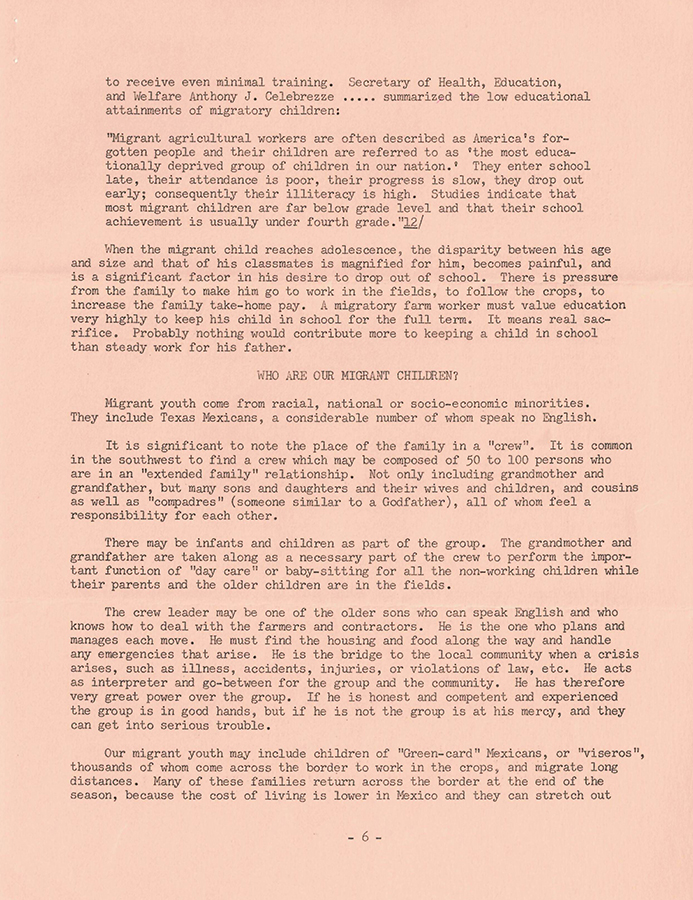 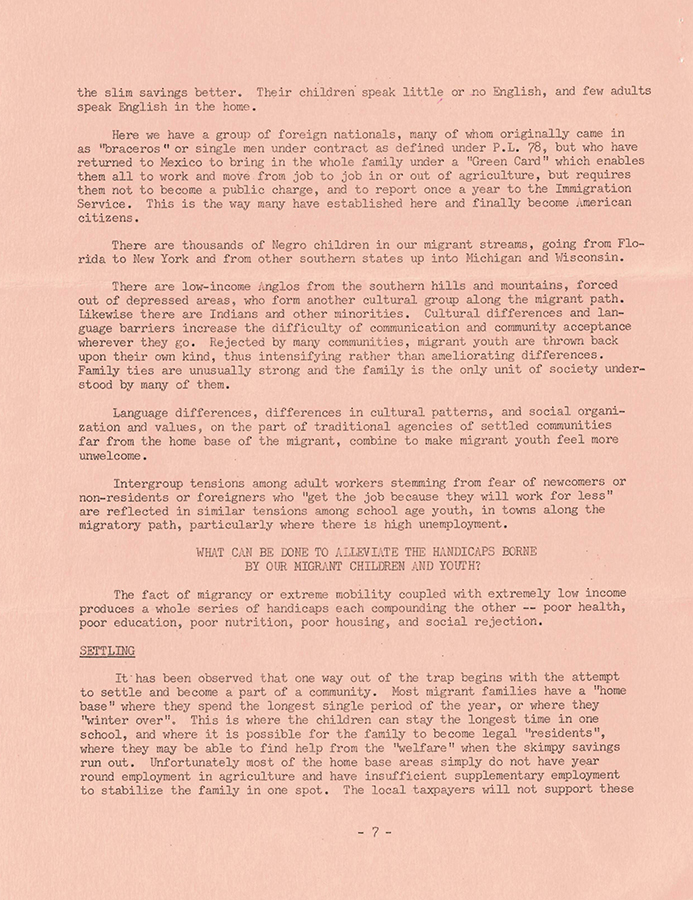 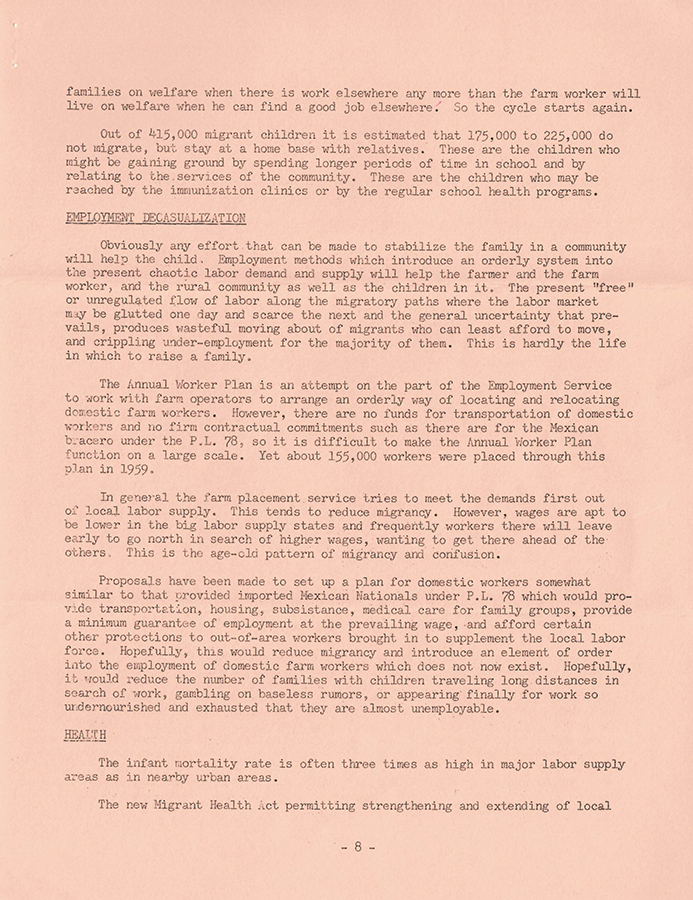 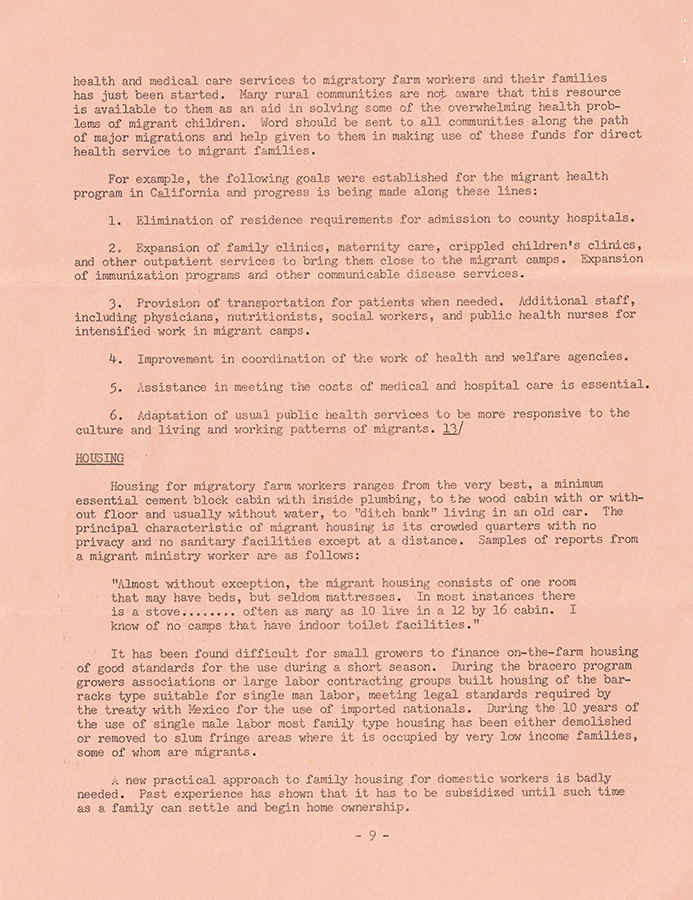 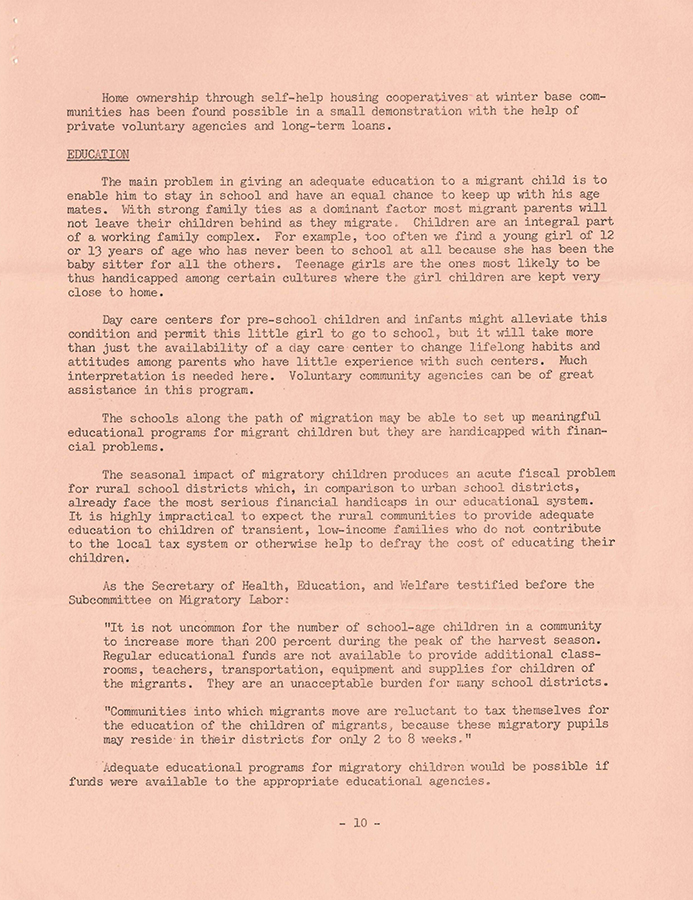 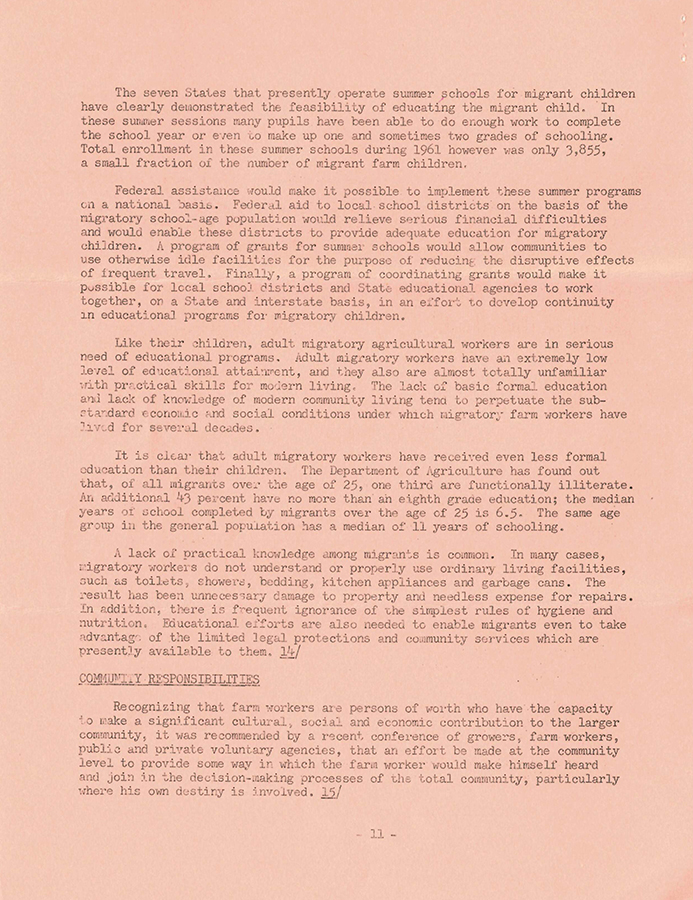 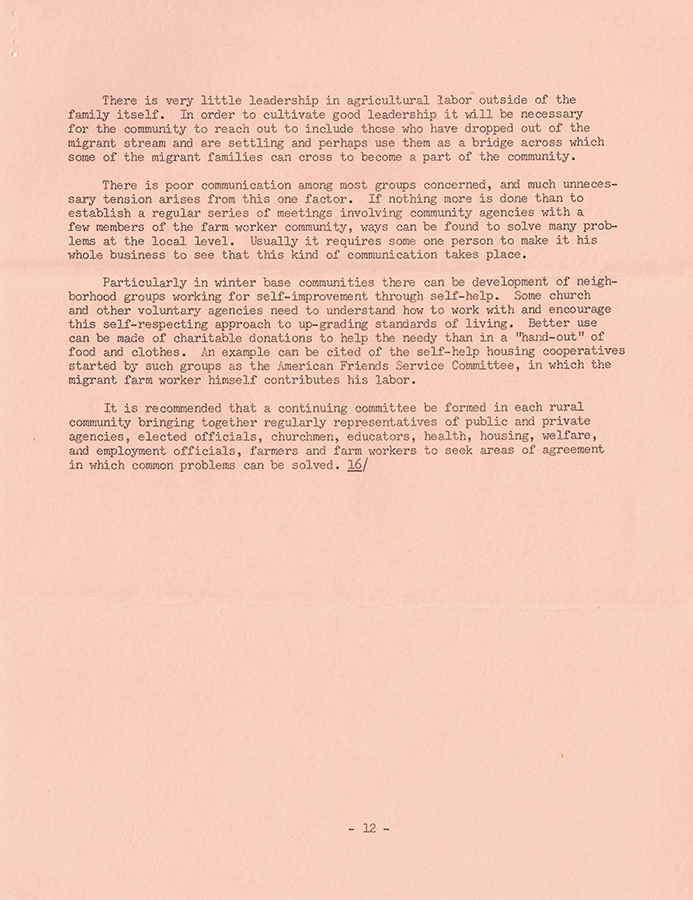 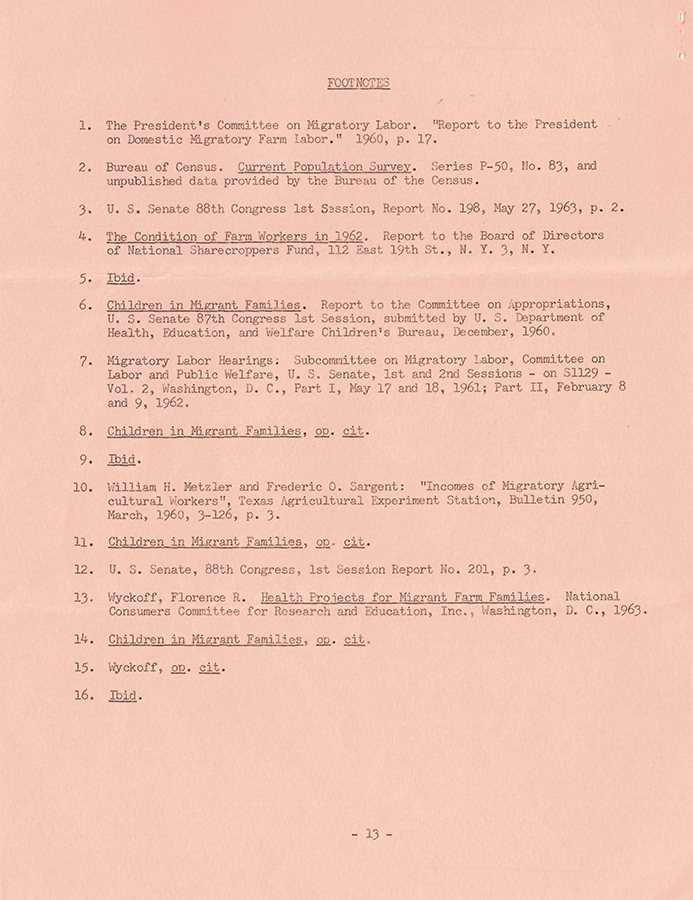 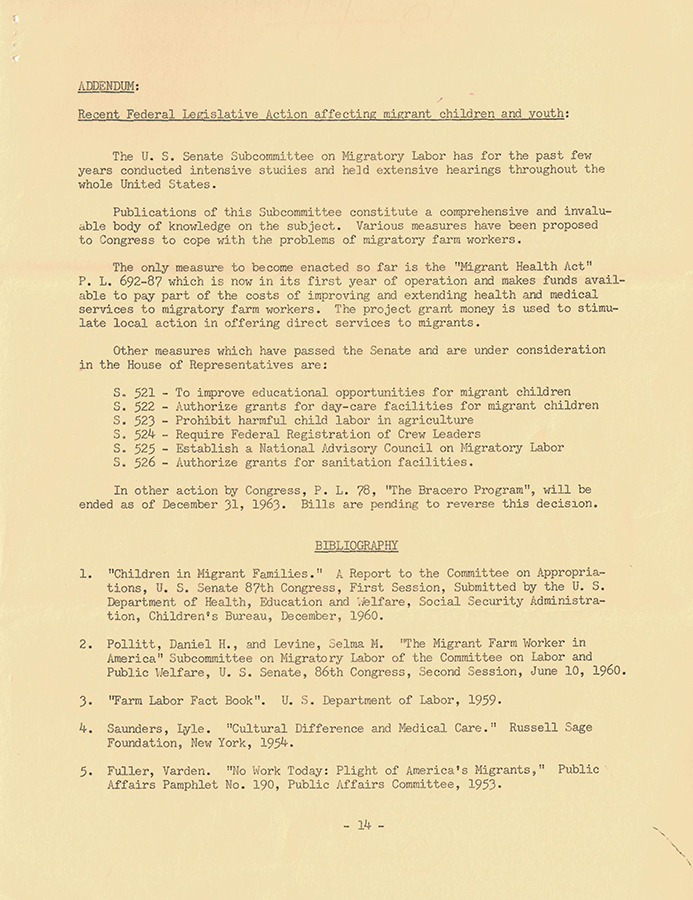 This paper was written by Florence R. Wyckoff, Chairman of the Subcommittee on Families Who Follow the Crops, California Governor's Advisory Committee on Children and Youth. It was originally prepared for The National Conference on Problems of Rural Youth in a Changing Environment held in Stillwater, Oklahoma, on September 22-25, 1963. This copy was reproduced by the Texas Committee on Migrant Farm Workers.

p.2 "There are many kinds of migratory workers in America, but we are mainly concerned with the agricultural migrant and his family because 'agricultural labor' is specifically exempted from much protective legislation covering other types of workers who move about, such as construction workers or lumber workers. For example, workers employed in agriculture are exempt from the Fair Labor Standards Act, Federal Wage and Hour Law. All states except Hawaii exempt them from unemployment insurance and all but California exempt them from disability insurance. Only a limited number are covered under social security. Residence requirements make it difficult for them to qualify for assistance benefits."

p.3 "Economically, the migrant farm worker occupies the lowest level of any major group in the American economy."