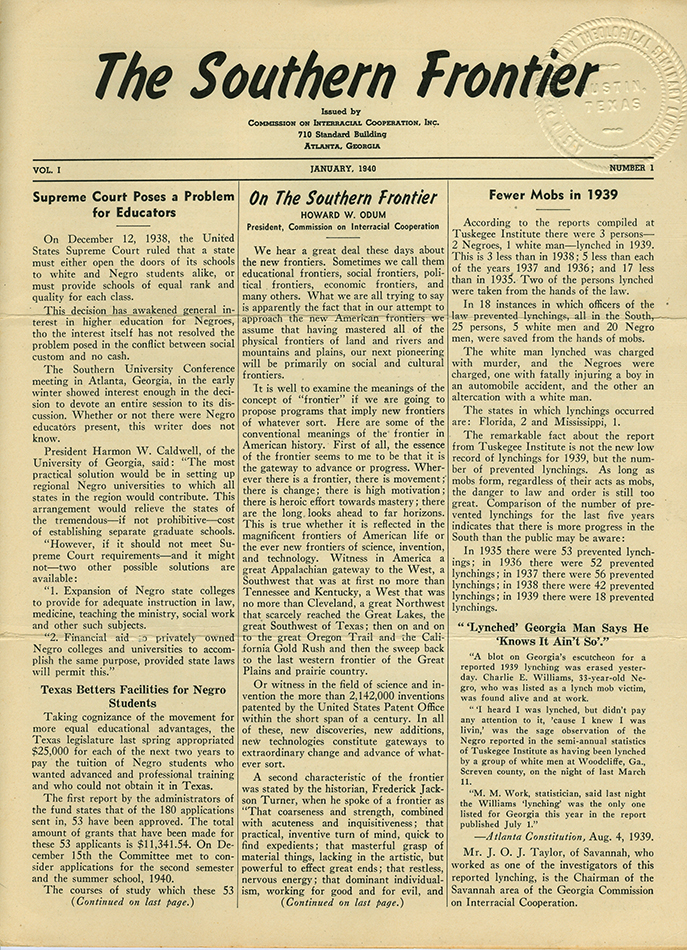 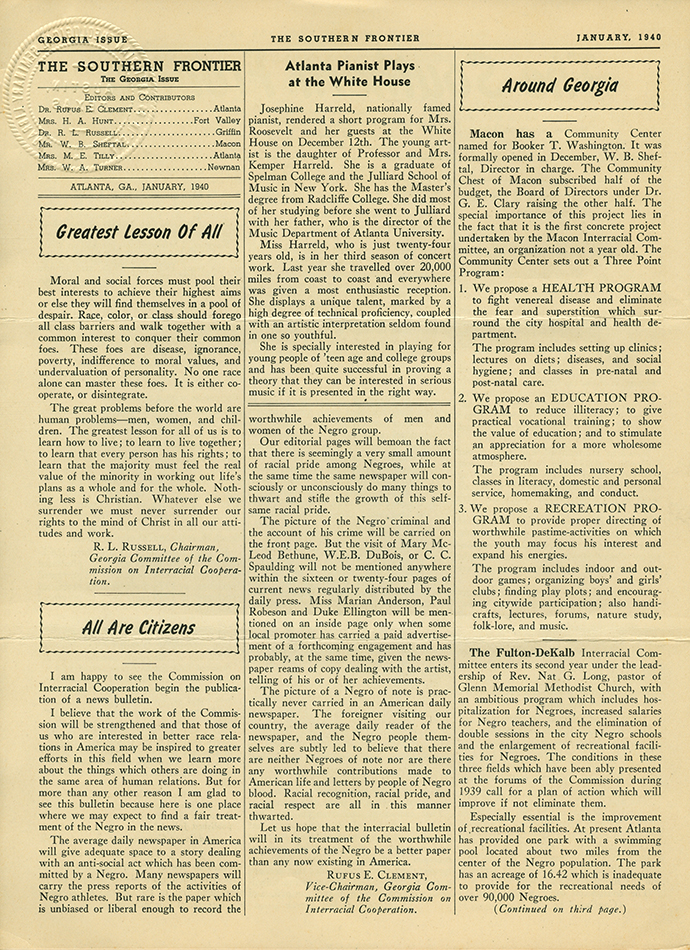 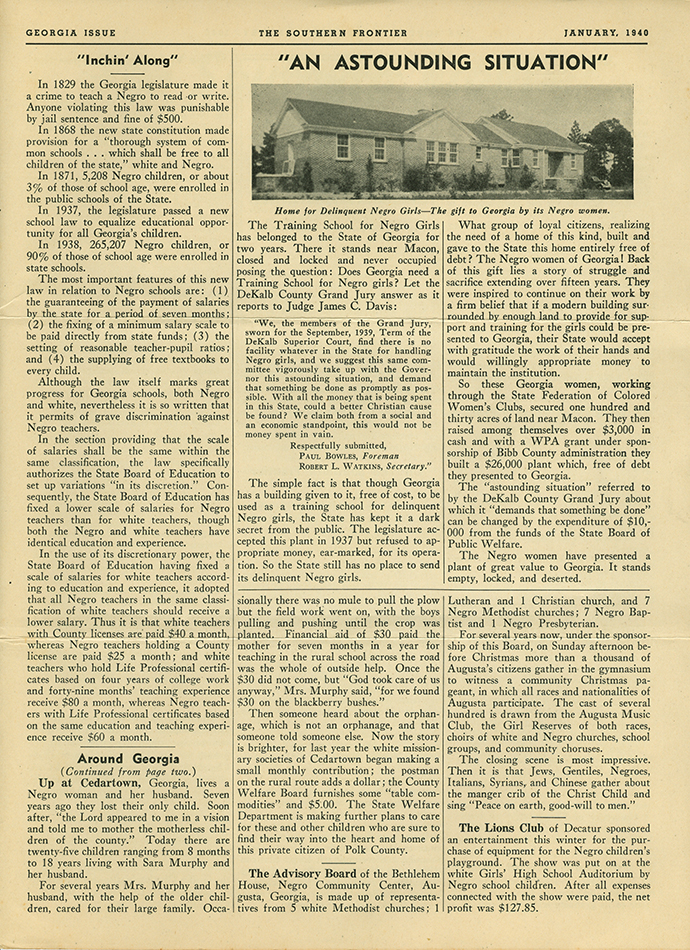 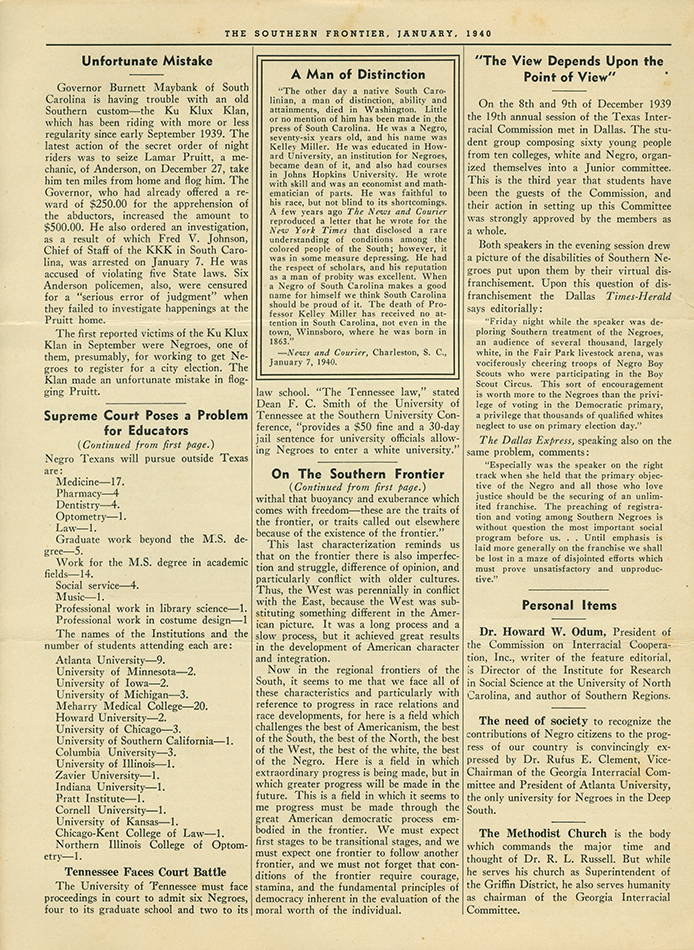 “The Georgia Issue,” contains contributions by:

“An Astounding Situation” – An article about The Training School for Negro Girls, donated to the State of Georgia by the State Federation of Colored Women’s Clubs, and left unused and unappropriated of funding by the Georgia legislature

“Around Georgia” – A column highlighting the opening of the Booker T. Washington Community Center in Macon, the advisory board of the Bethlehem House, Negro Community Center in Augusta Georgia, hosting a multiracial community Christmas pageant, and other regional stories