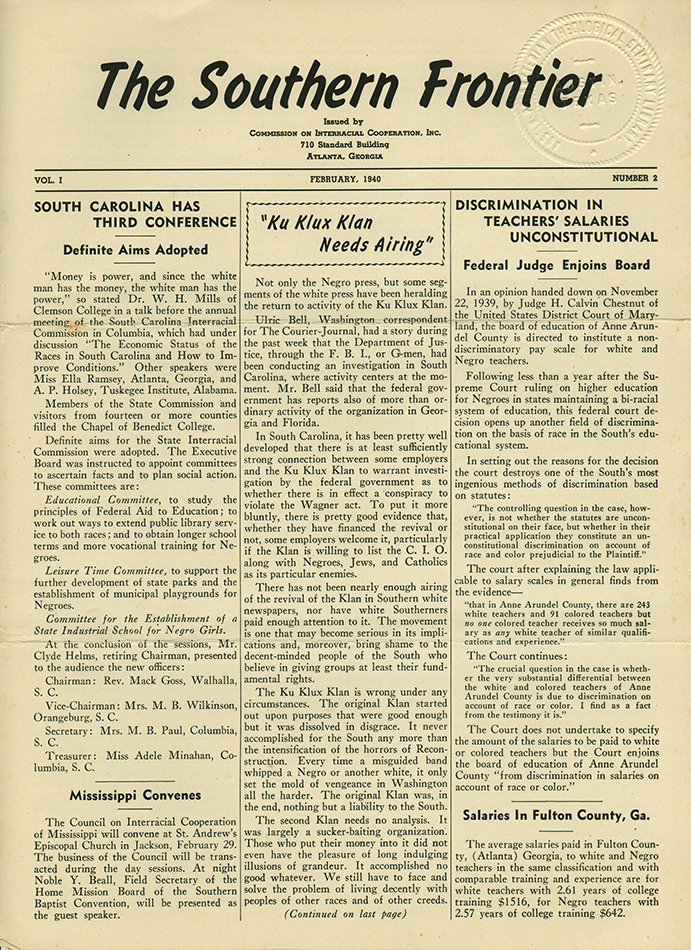 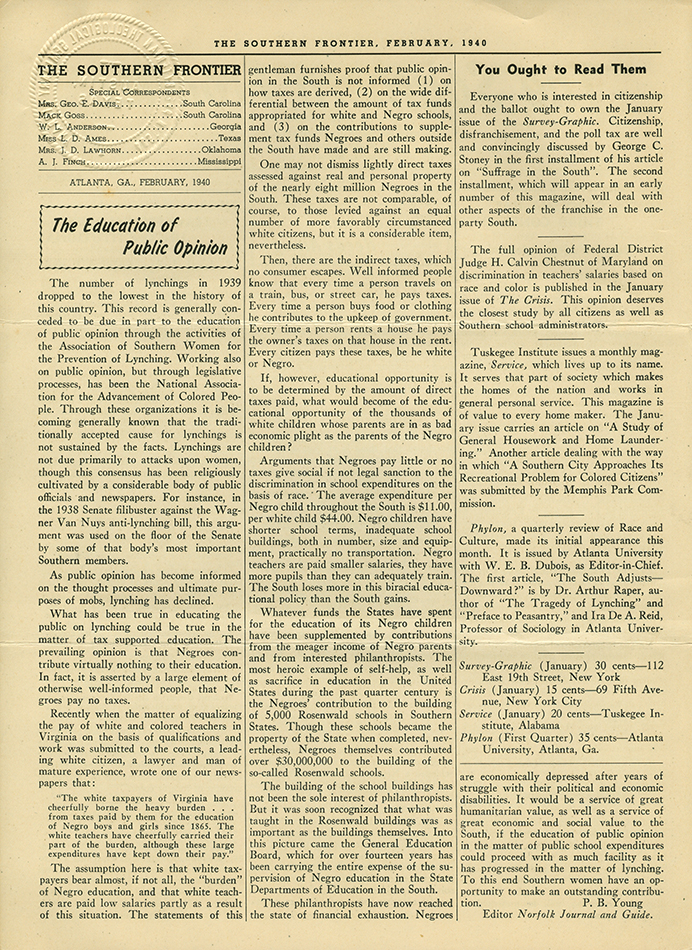 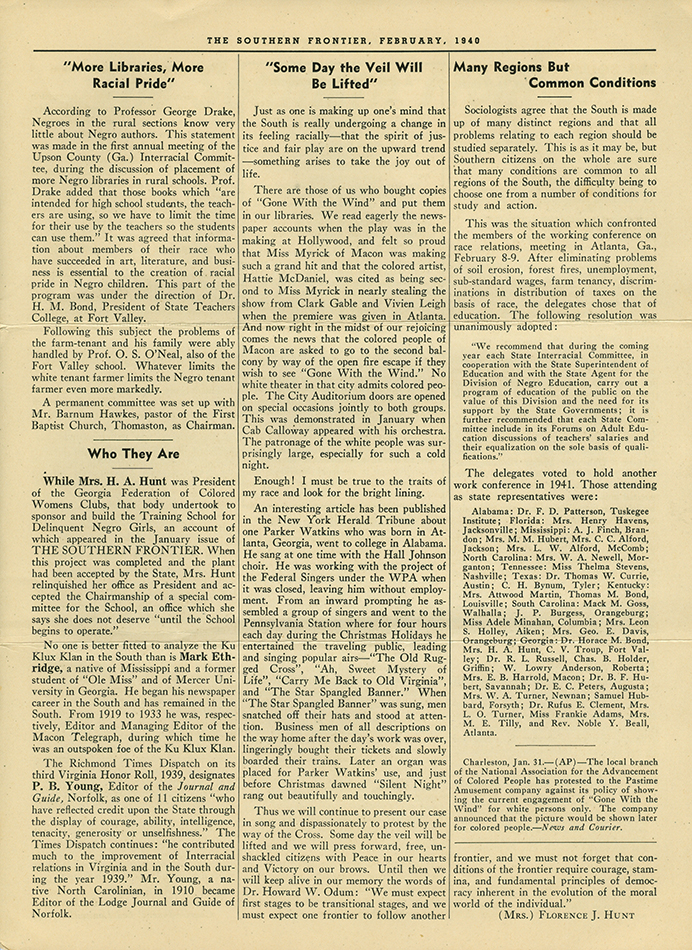 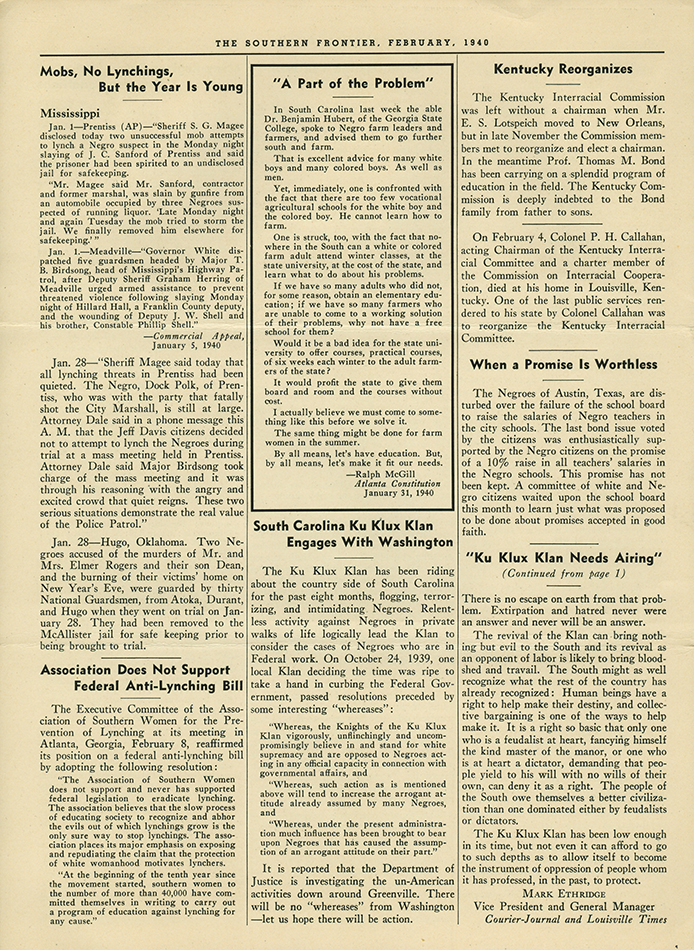 As described by the then President of the CIC Howard W. Odum, the name The Southern Frontier alludes to the need for even greater pioneering and progress in the social and cultural frontiers, the American South being the a turbulent field in reference to race relations and progress at the time.

“Ku Klux Klan Needs Airing” – An article urging more newspapers to alert the public of the return to activity by the Ku Klux Klan.

“The Education of Public Opinion” – An article discussing the education of public opinion by the Association of Southern Women for the Prevention of Lynching, and the National Association for the Advancement of Colored People on the topics of mobs and lynching, and tax-supported education for Negroes. Rosenwald schools are discussed, as well as the public misconception the blacks make no real financial contributions toward their education. (Public education was segregated at this time.)

"'More Libraries, More Racial Pride'" - An article about libraries for African Americans in rural areas. "It was agreed that information about members of their race who succeeded in art, literature, and business is essential to the creation of racial pride in Negro children."