Need of Compulsory Education in the South [NCLC Pamphlet No. 192] 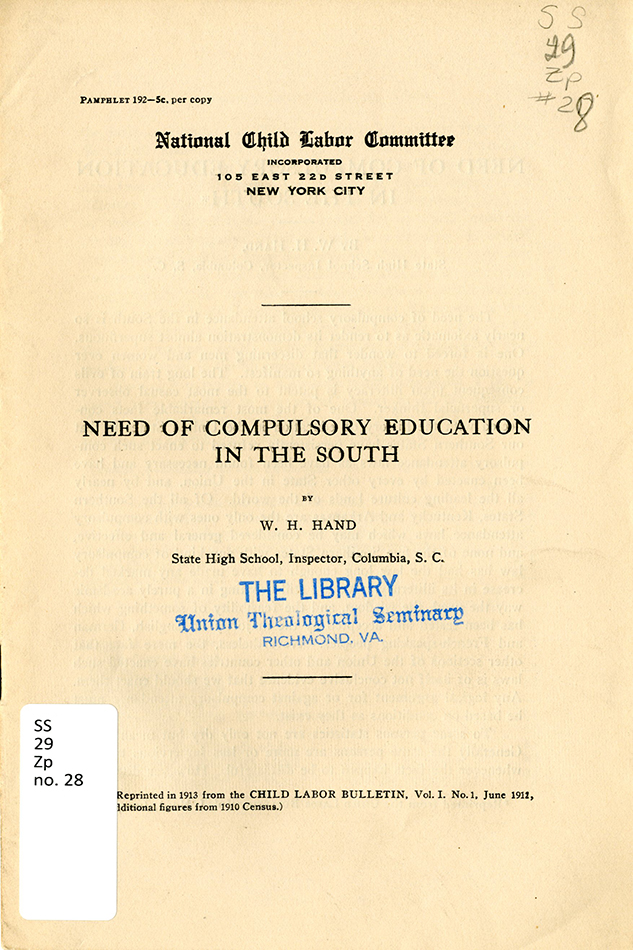 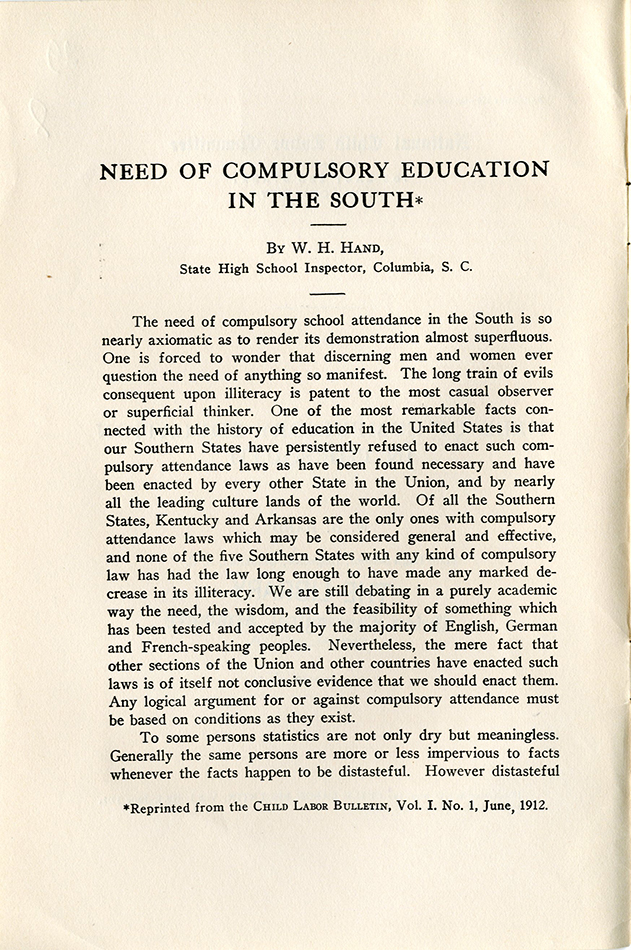 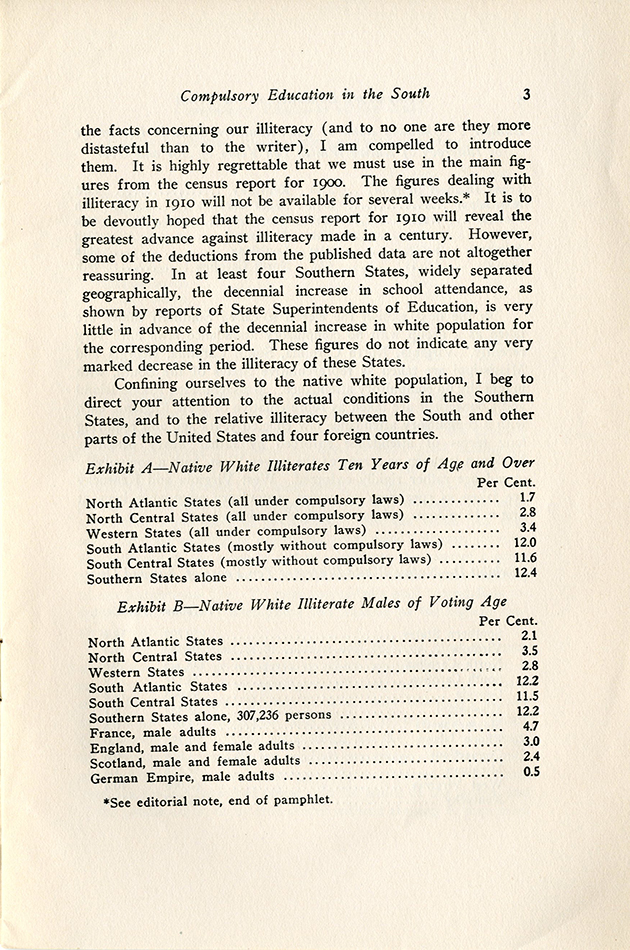 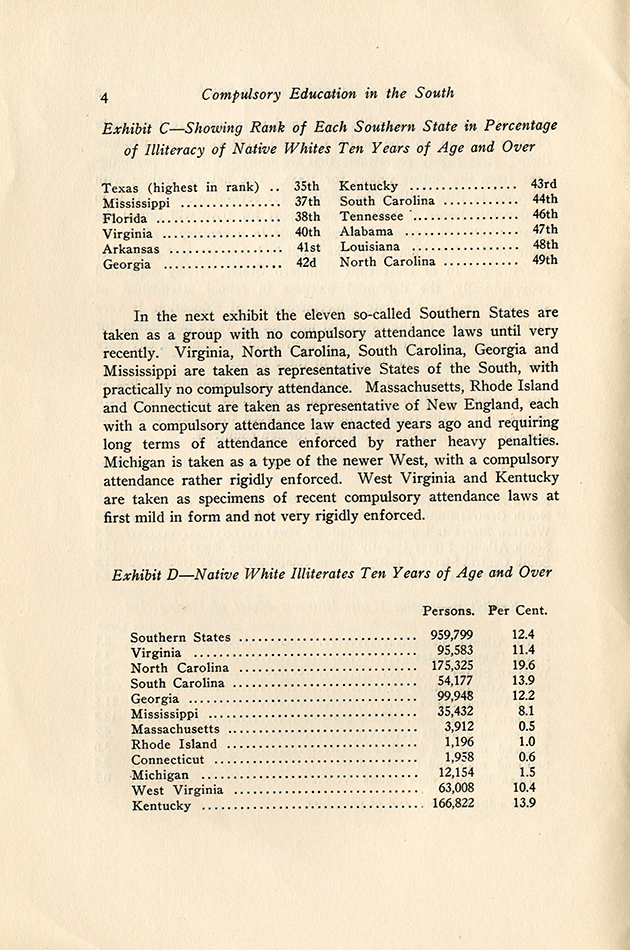 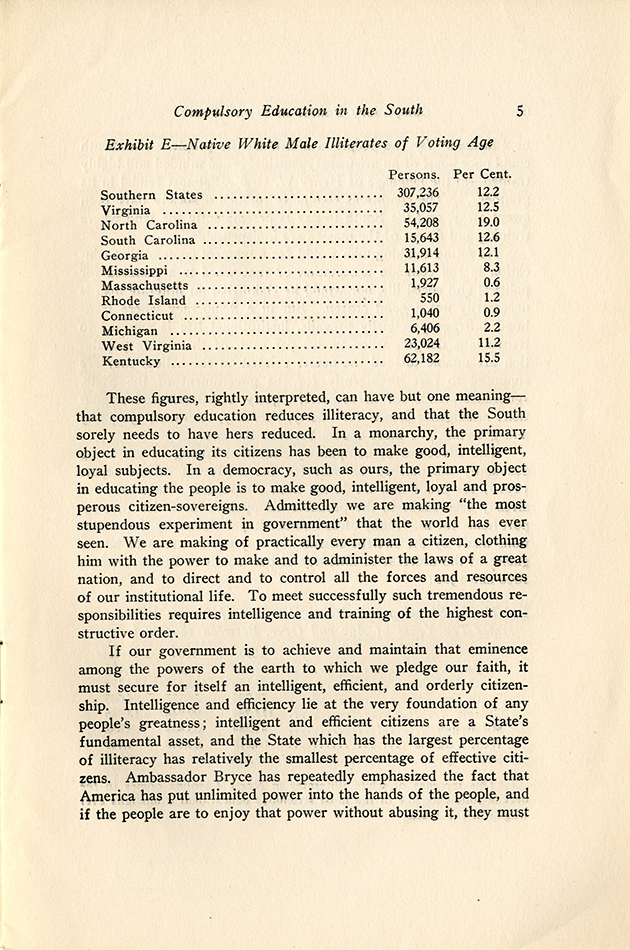 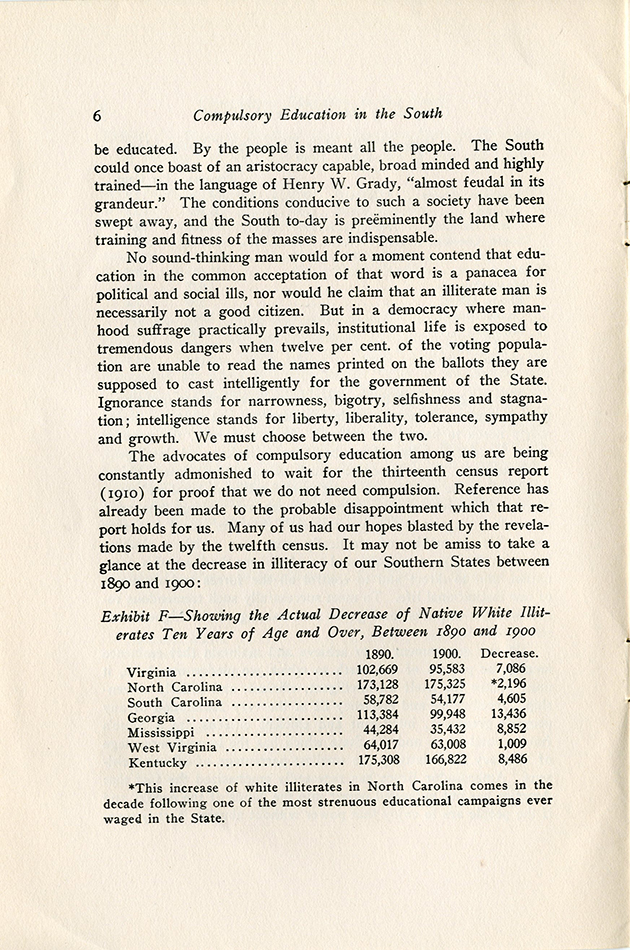 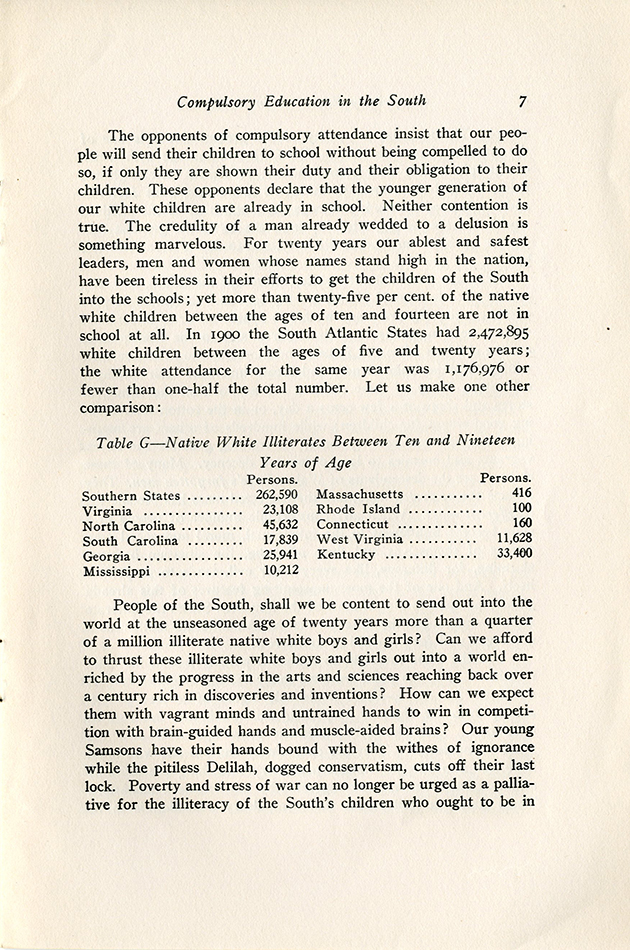 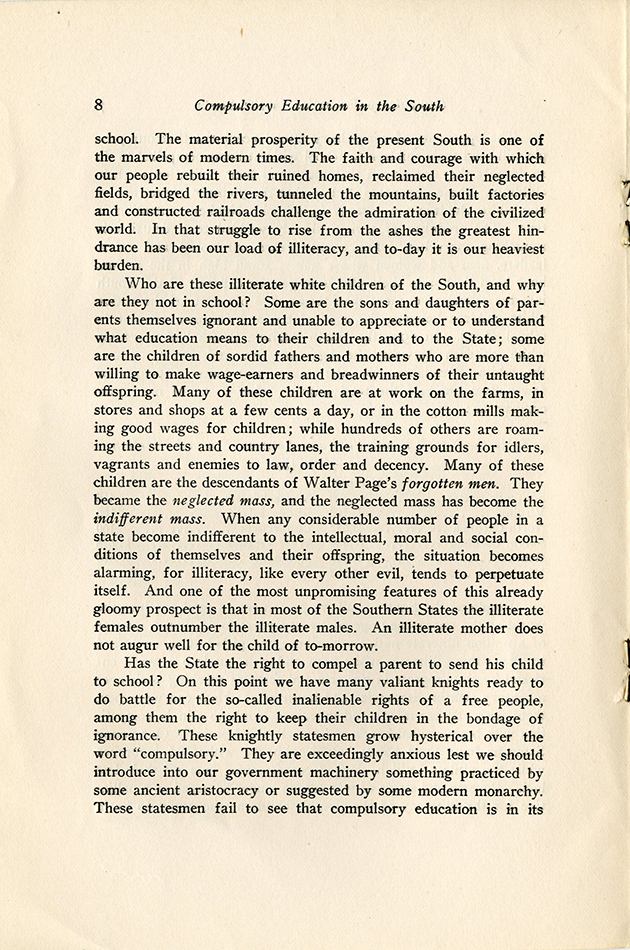 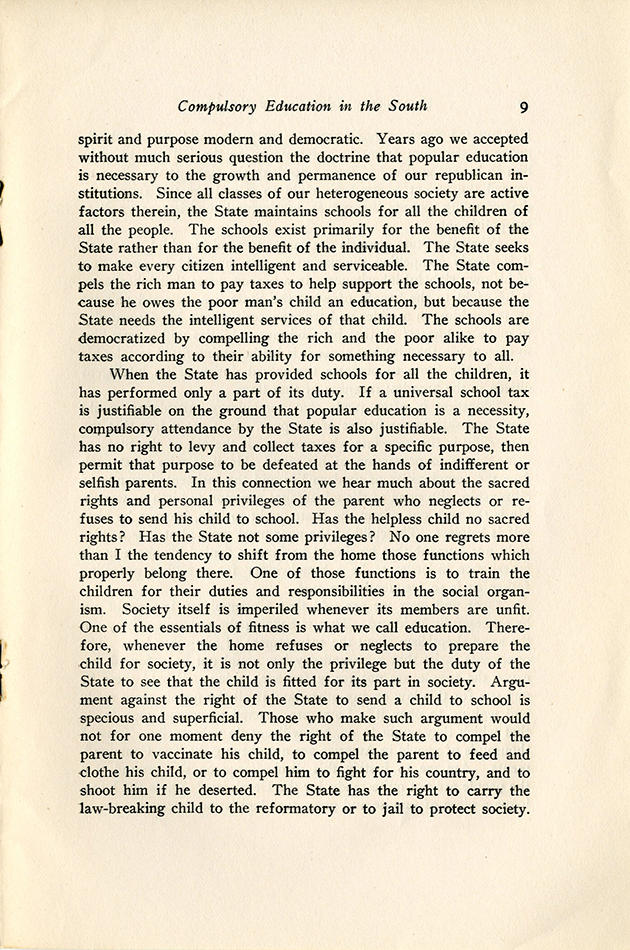 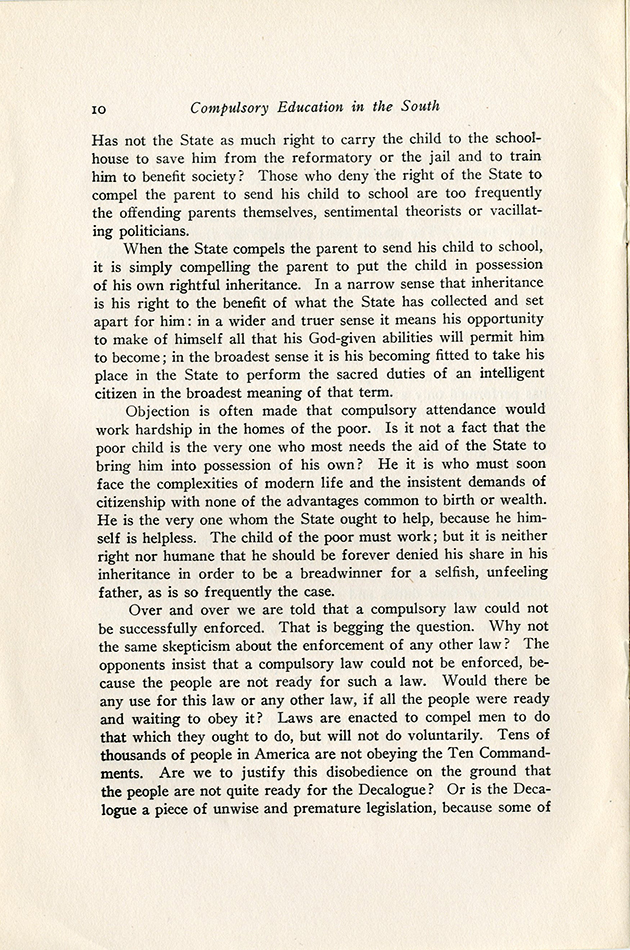 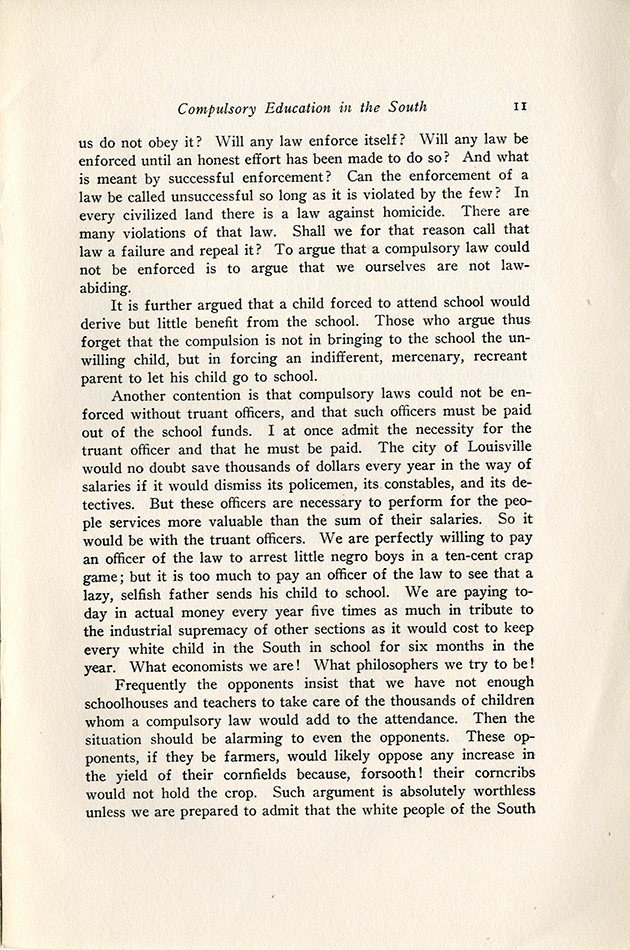 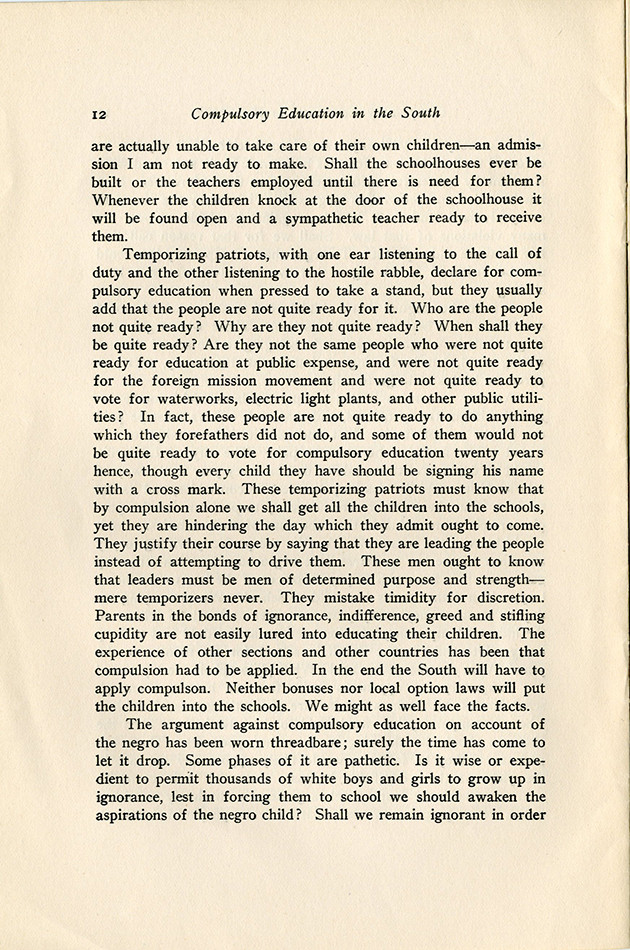 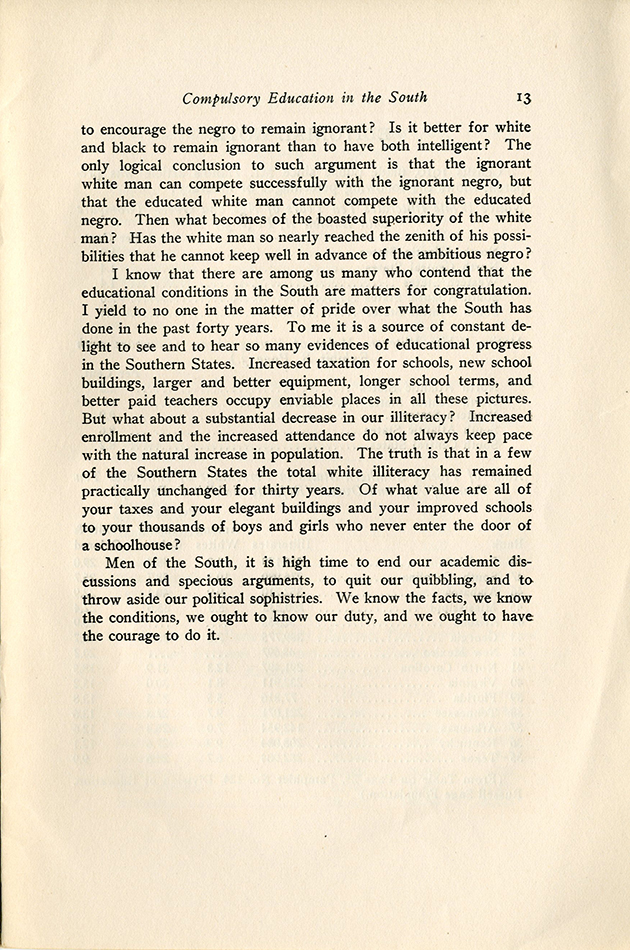 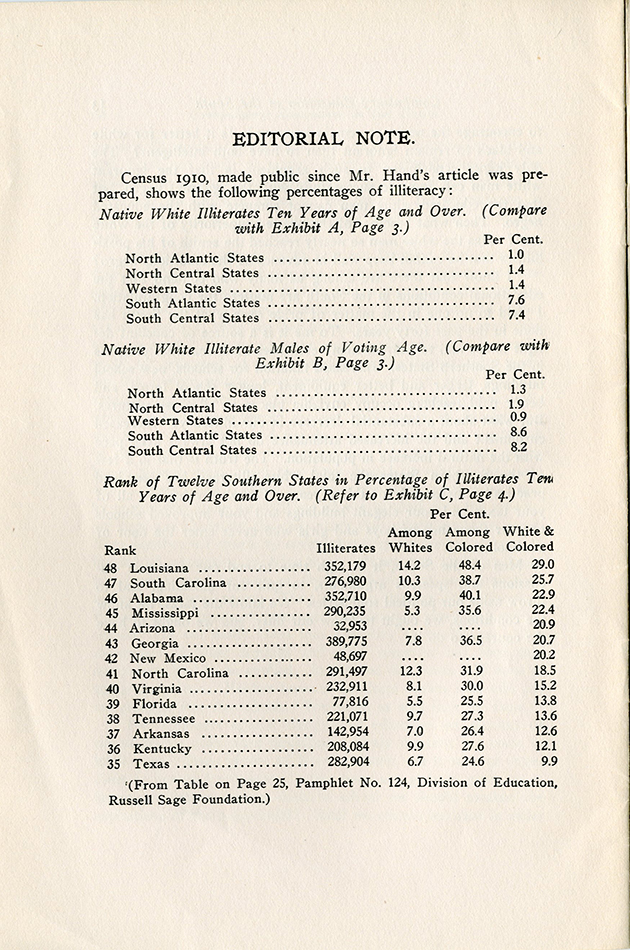 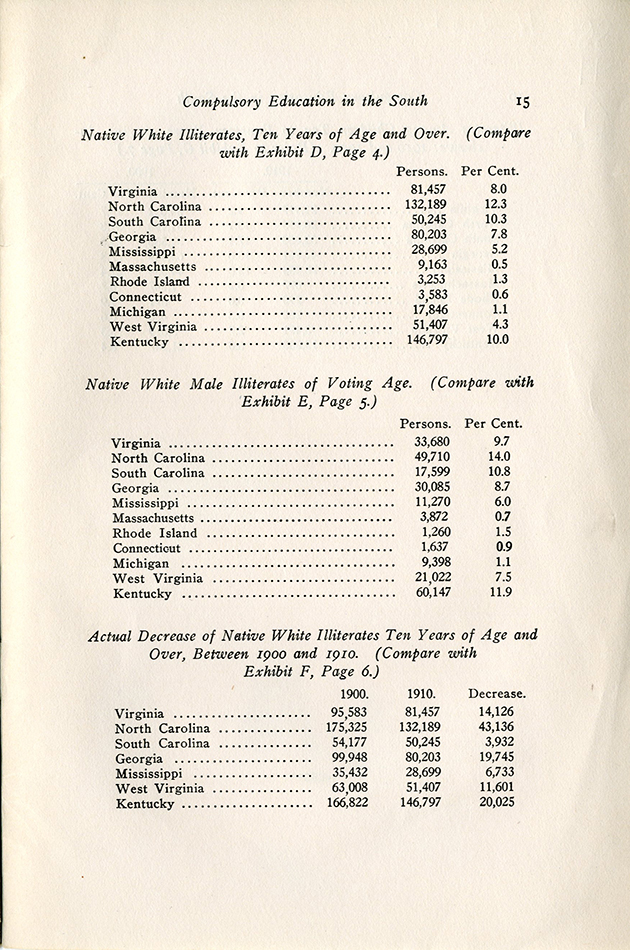 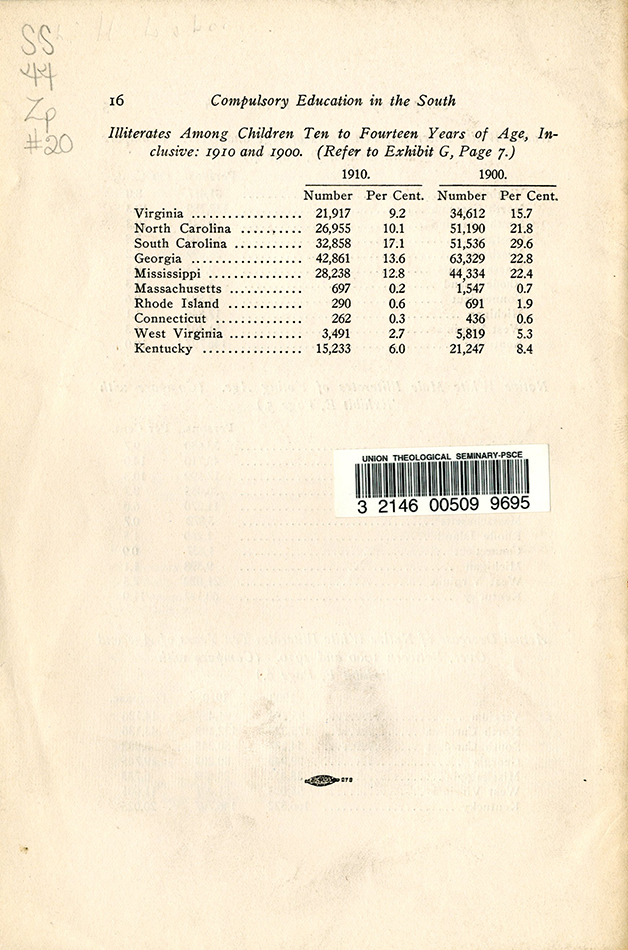 Need of Compulsory Education in the South [NCLC Pamphlet No. 192]

p. 6 "...in a democracy where manhood suffrage practically prevails, institutional life is exposed to tremendous dangers when twelve per cent. of the voting population are unable to read the names printed on the ballots they are supposed to cast intelligently for the government of the State. Ignorance stands for narrowness, bigotry, selfishness and stagnation ; intelligence stands for liberty, liberality, tolerance, sympathy and growth. We must choose between the two."

p. 8 "The material prosperity of the present South is one of the marvels of modern times. The faith and courage with which our people rebuilt their ruined homes, reclaimed their neglected fields, bridged the rivers, tunneled the mountains, built factories and constructed railroads challenge the admiration of the civilized world. In that struggle to rise from the ashes the greatest hindrance has been our load of illiteracy, and to-day it is our heaviest burden."

p. 8 "Who are these illiterate white children of the South, and why are they not in school?"

p. 9 "Argument against the right of the State to send a chld to school is specious and superficial. Those who make such argument would not for one moment deny the right of the State to compel the parent to vaccinate his child, to compel the parent to feed and clothe his child, or to compel him to fight for his country, and to shoot him if he deserted. The State has the right to carry the law-breaking child to the reformatory or to jail to protect society. Has not the State as much right to carry the child to the schoolhouse to save him from the reformatory or the jail and to train him to benefit society?"

p. 12 "Temporizing patriots, with one ear listening to the call of duty and the other listening to the hostile rabble, declare for compulsory education when pressed to take a stand, but they usually add that the people are not quite ready for it."

p. 12 "The argument against compulsory education on account of the negro has been worn threadbare ; surely the time has come to let it drop....Is it wise or expedient to permit thousands of white boys and girls to grow up in ignorance, lest in forcing them to school we should awaken the aspirations of the negro child? Shall we remain ignorant in order to encourage the negro to remain ignorant? Is it better for white and black to remain ignorant than to have both intelligent? The only logical conclusion to such argument is that the ignorant white man can compete successfully with the ignorant negro, but that the educated white man cannot compete with the educated negro. Then what becomes of the boasted superiority of the white man? Has the white man so nearly reached the zenith of his possibilities that he cannot keep well in advance of the ambitious negro?"
(For similar arguments with regard to woman suffrage, see The Negro Vote in the South.)