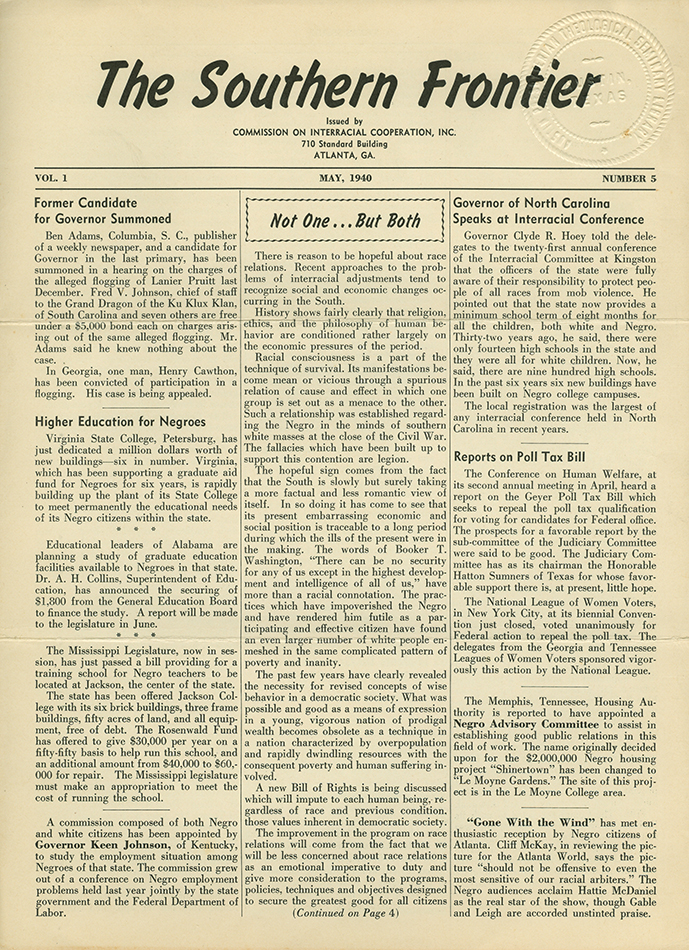 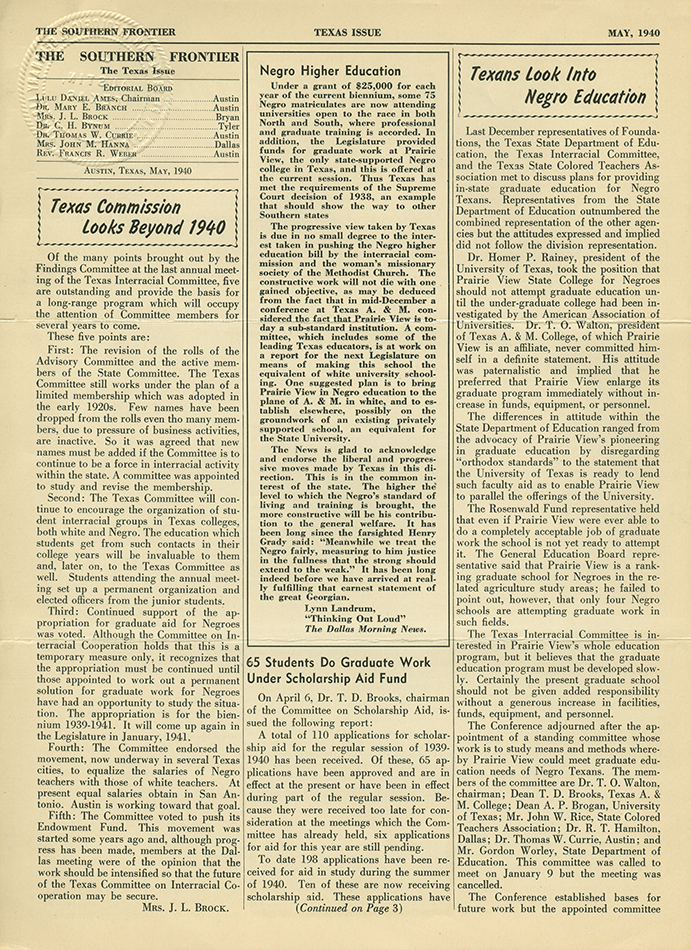 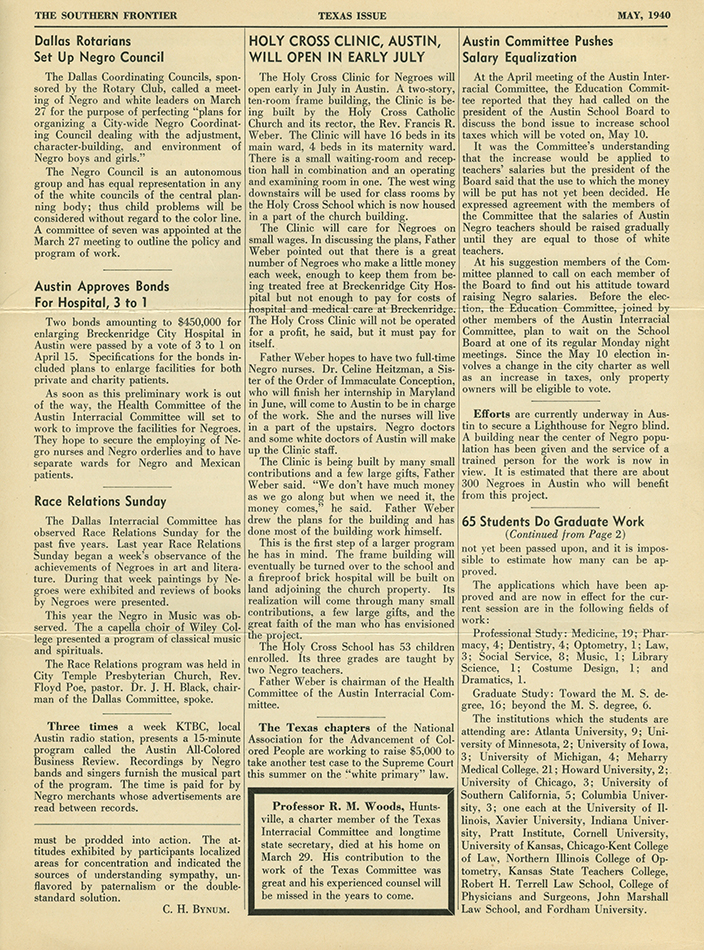 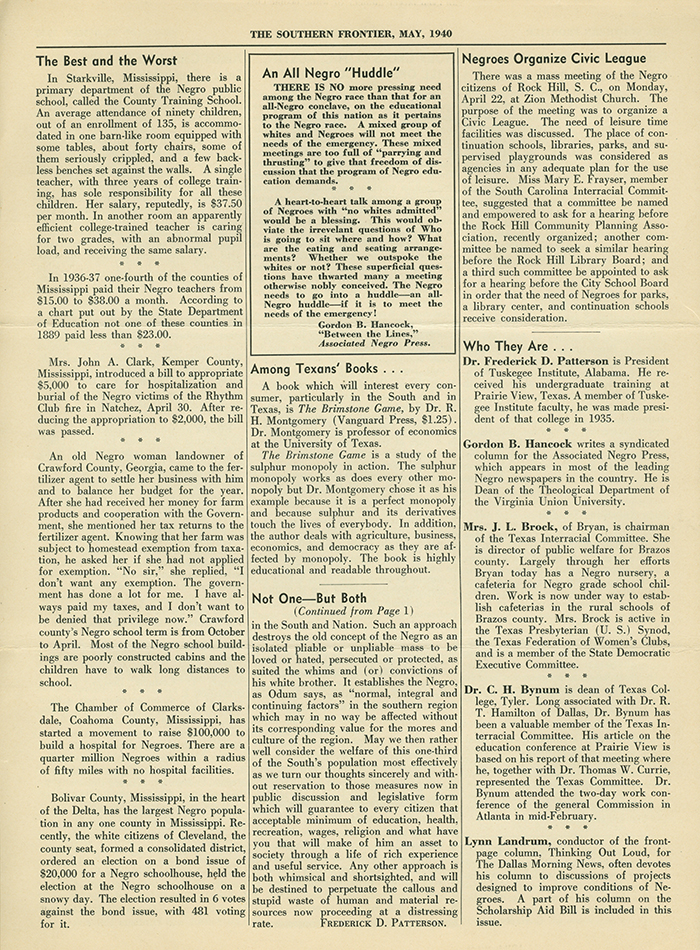 “The Texas Issue” contains contributions by:

Articles include: “Texans Look Into Negro Education” – An article detailing the meeting of the Texas State Department of Education, the Texas Interracial Committee, and the Texas State Colored Teachers Association to discuss plans to provide in-state graduate education for African American Texans.