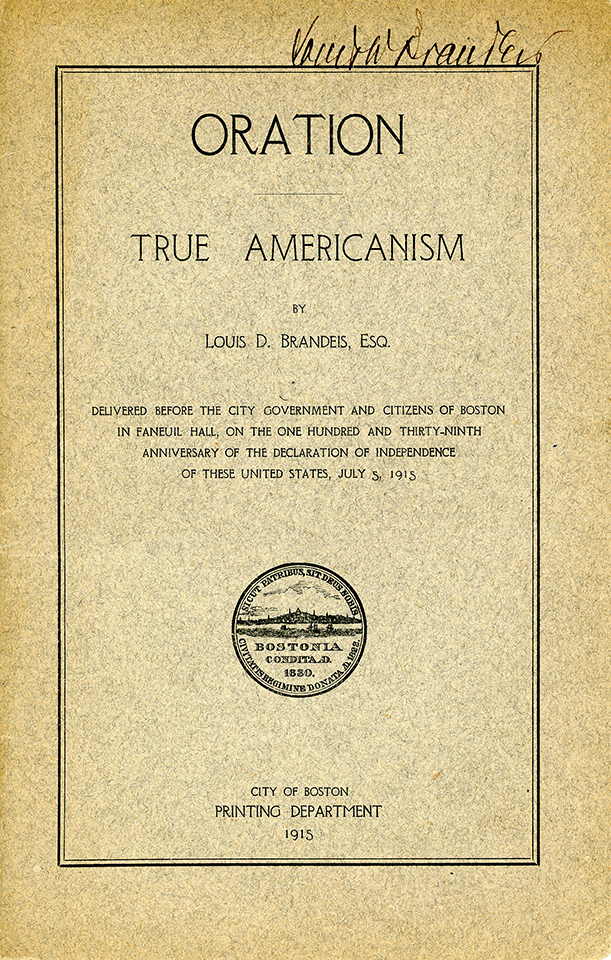 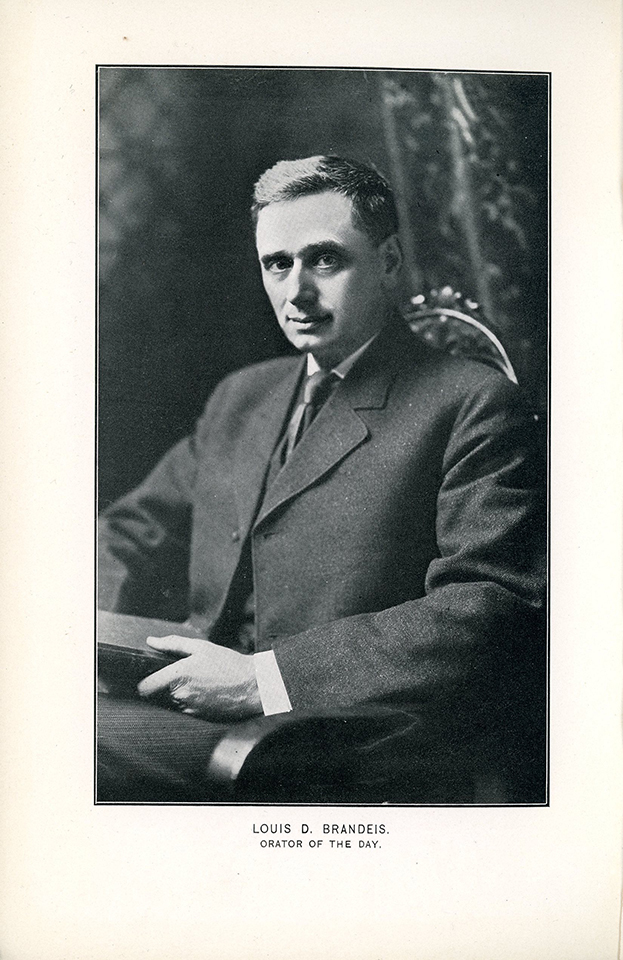 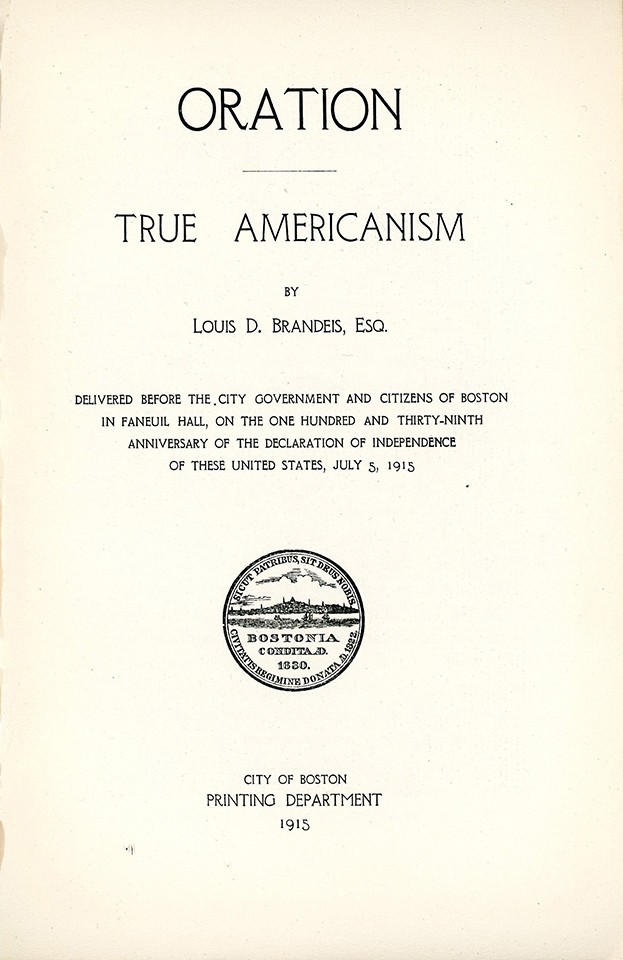 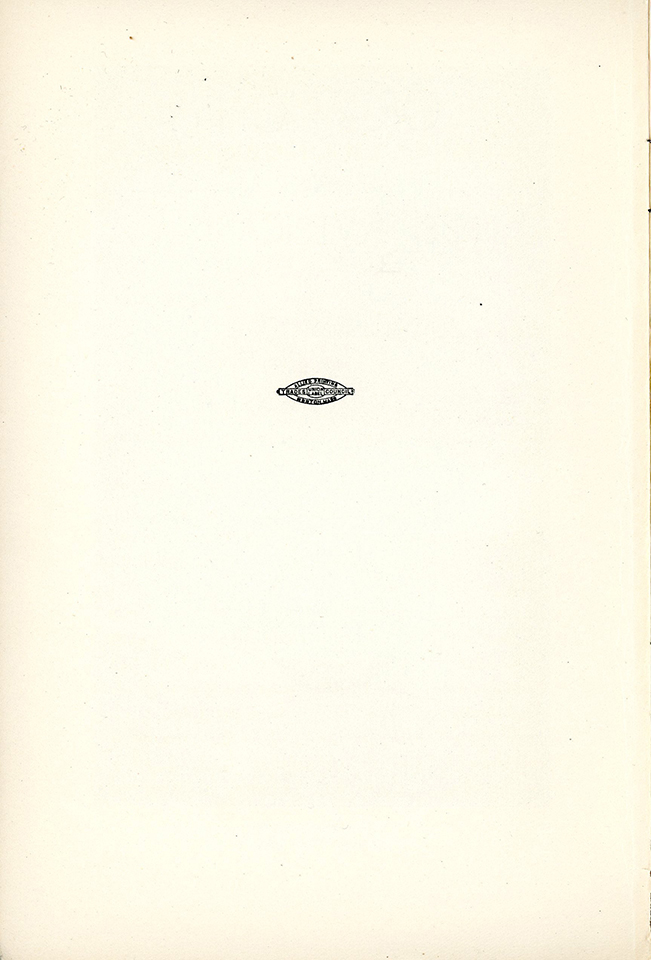 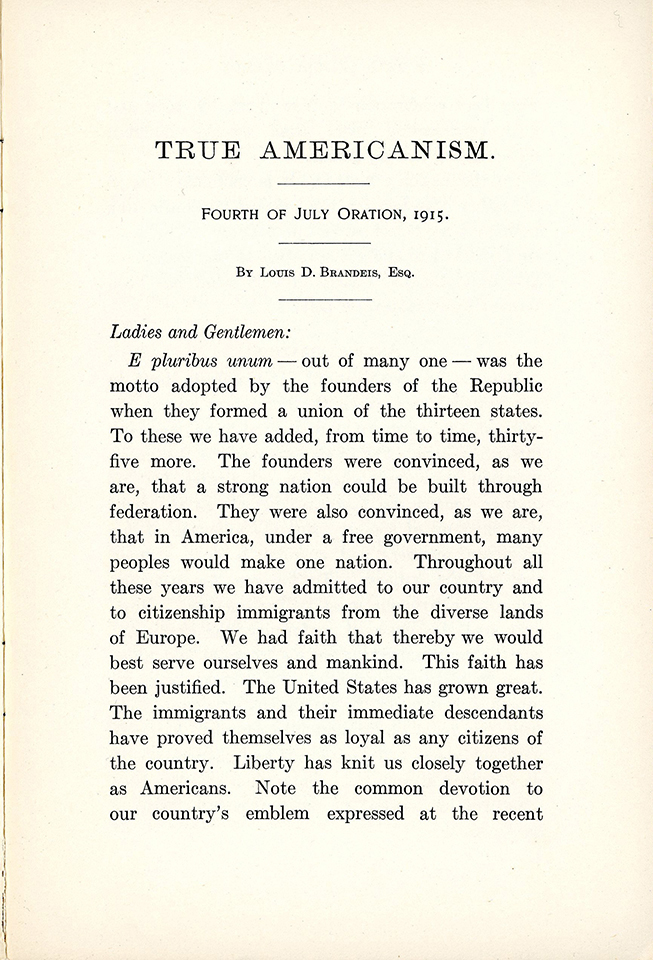 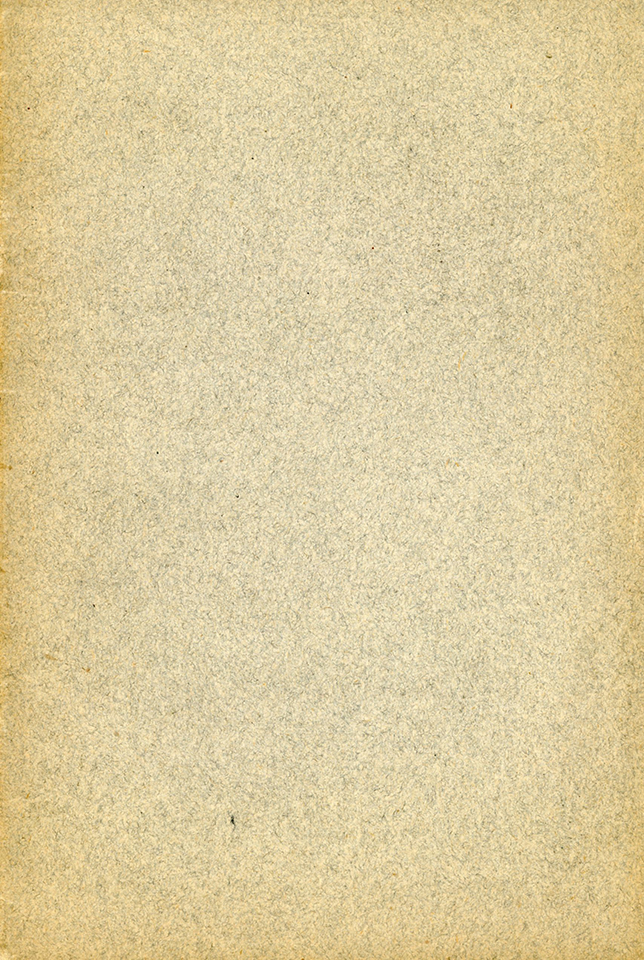 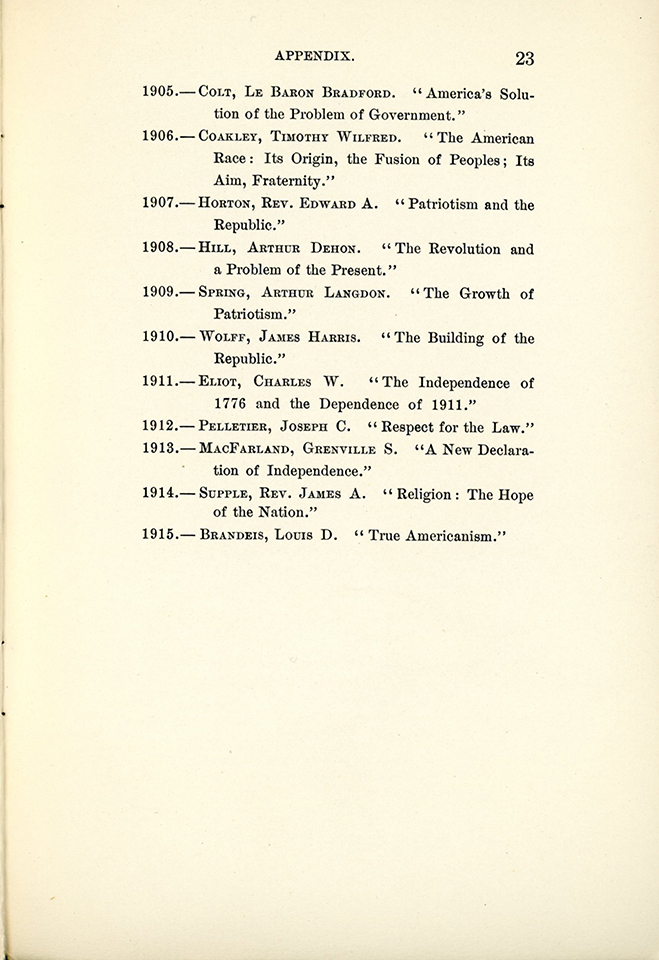 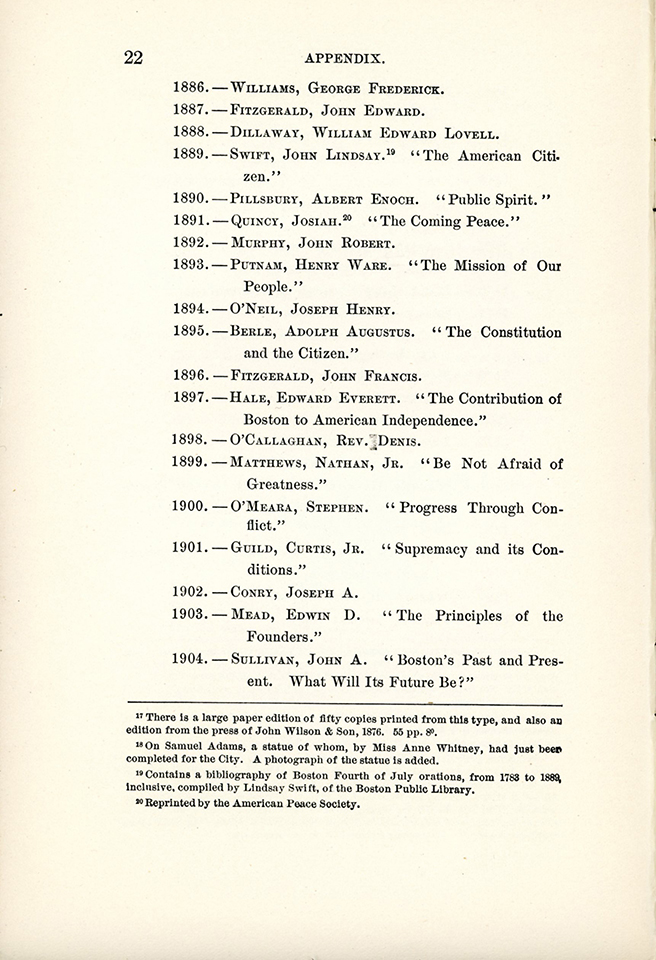 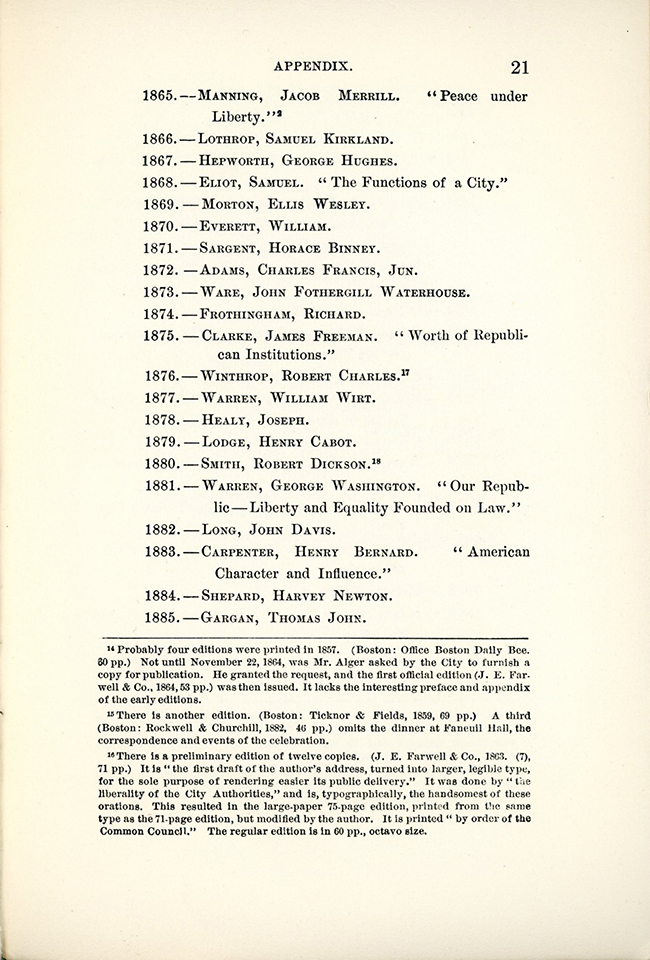 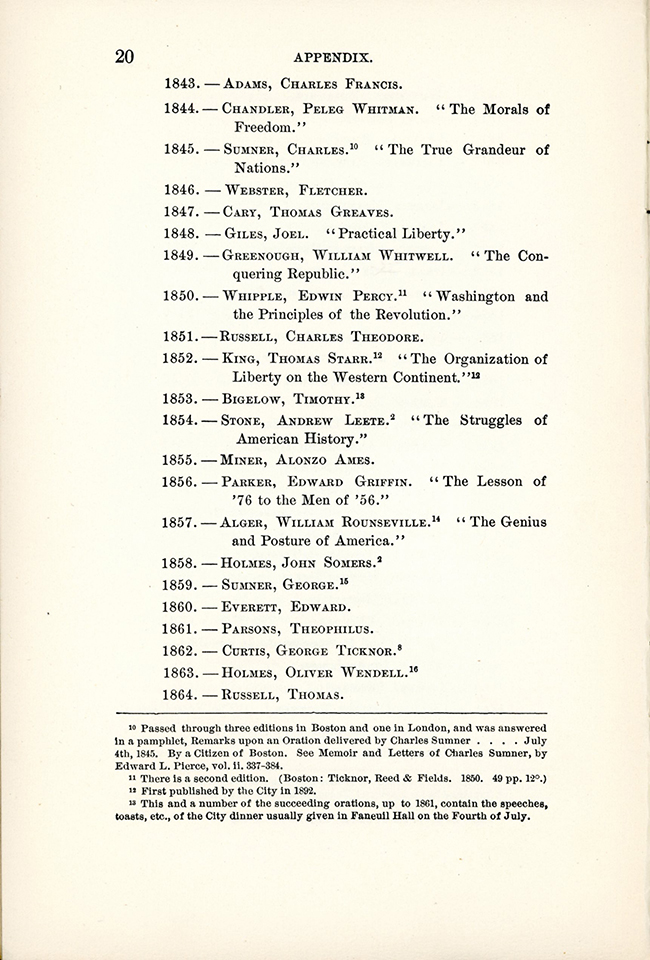 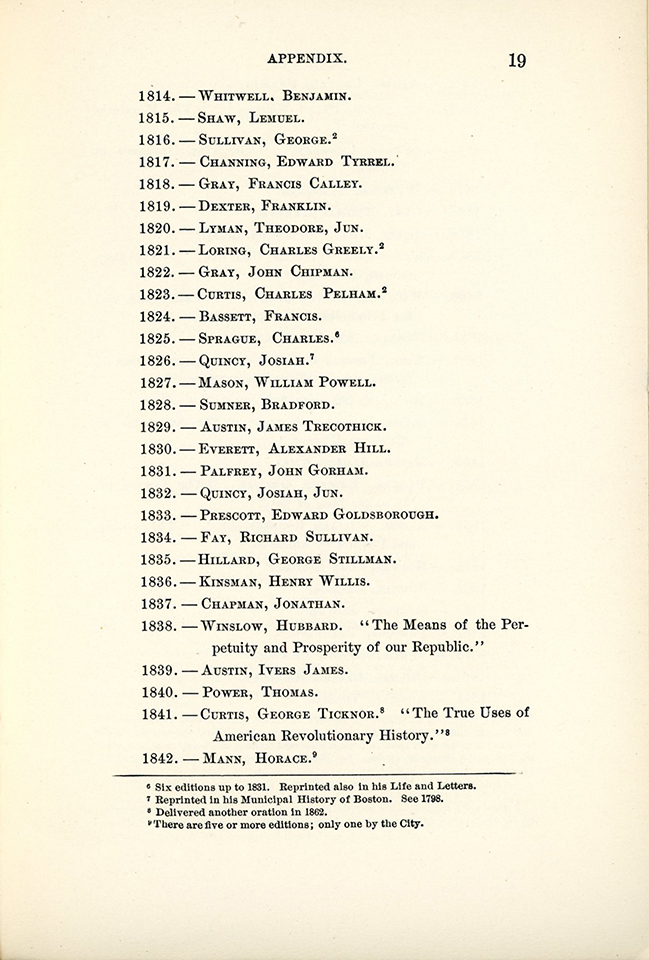 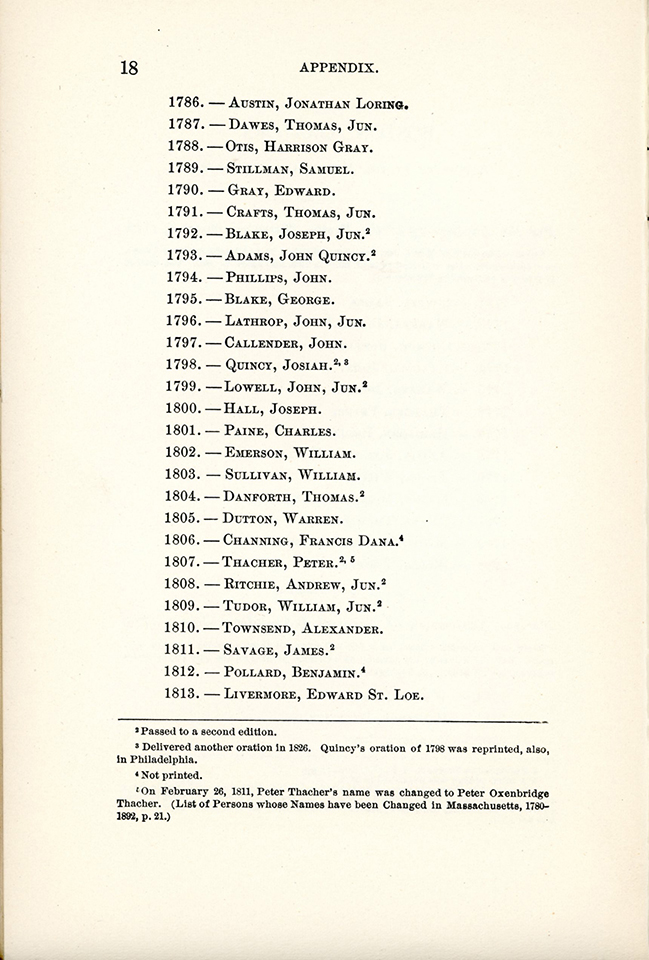 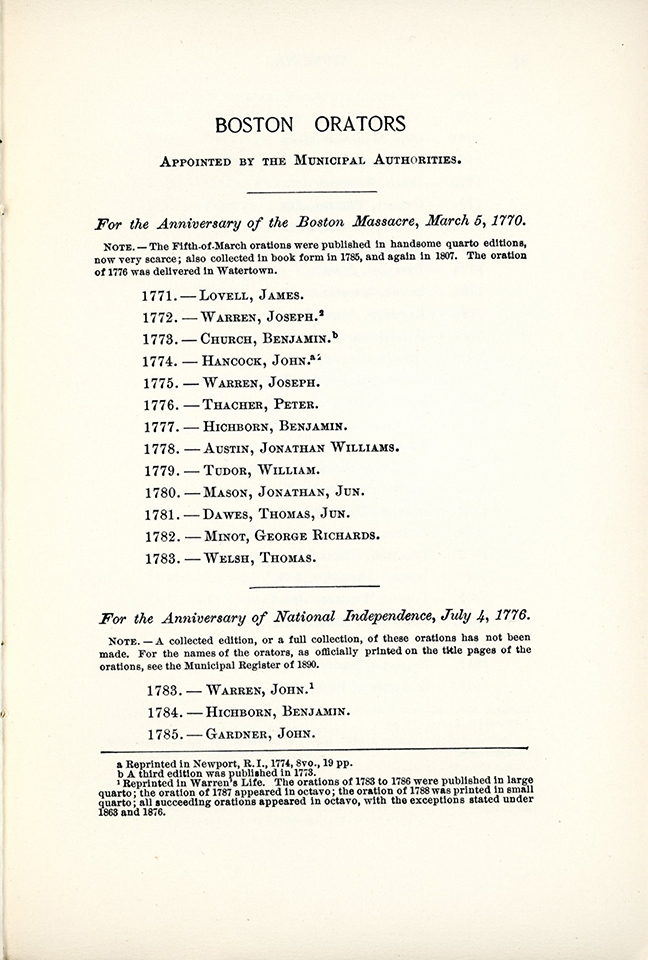 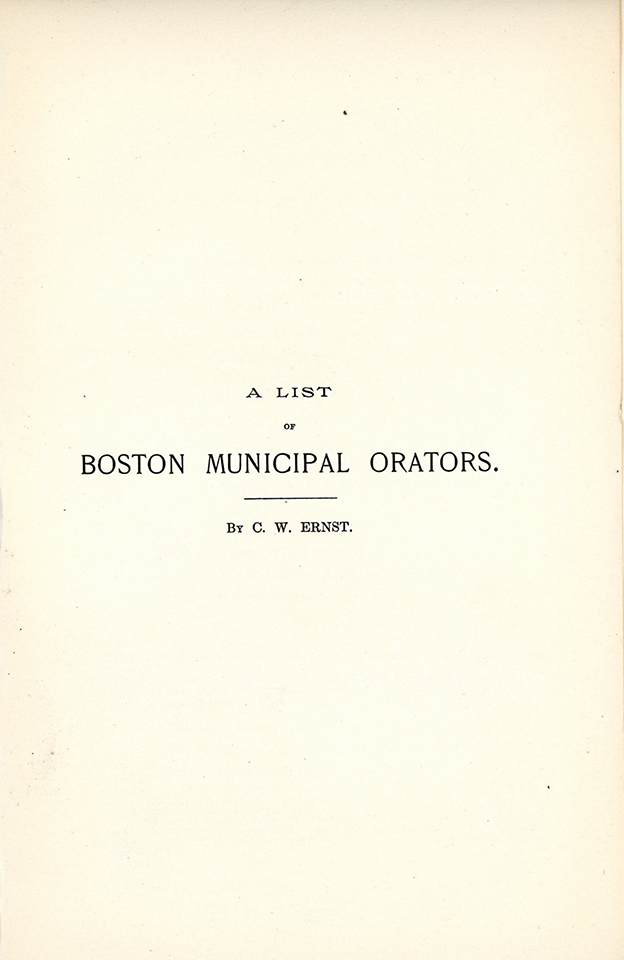 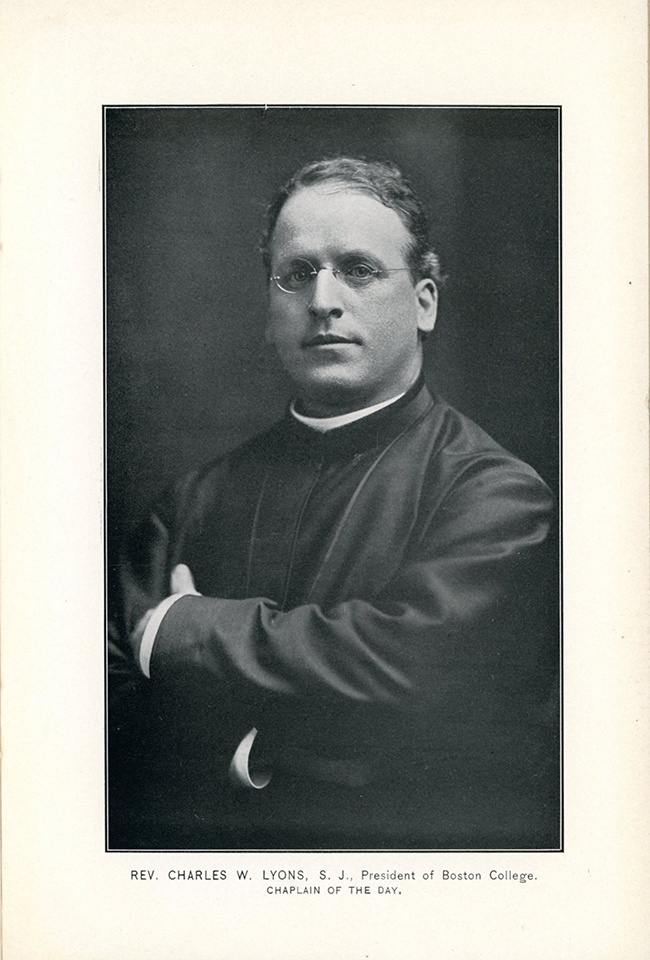 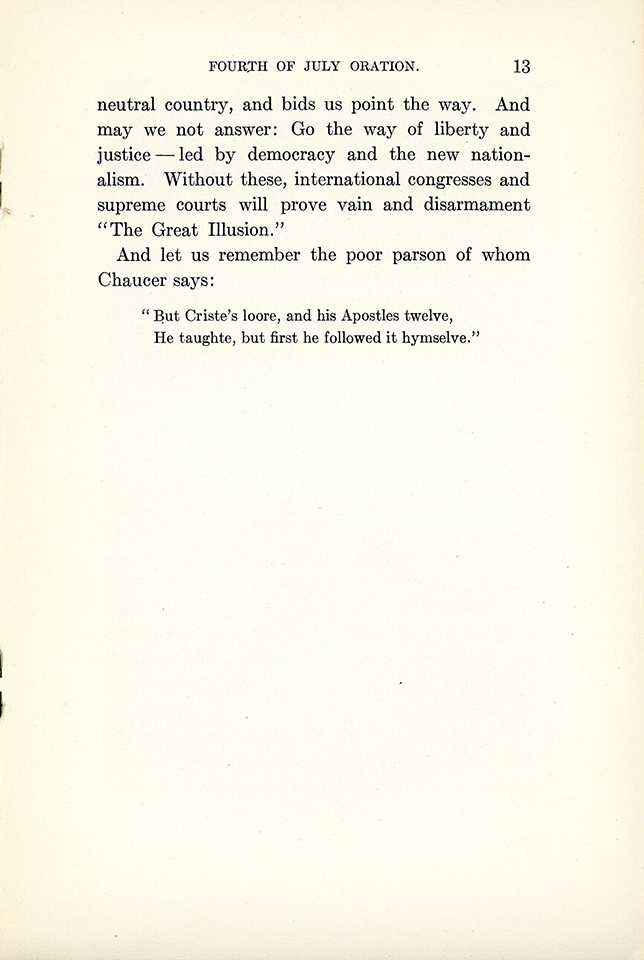 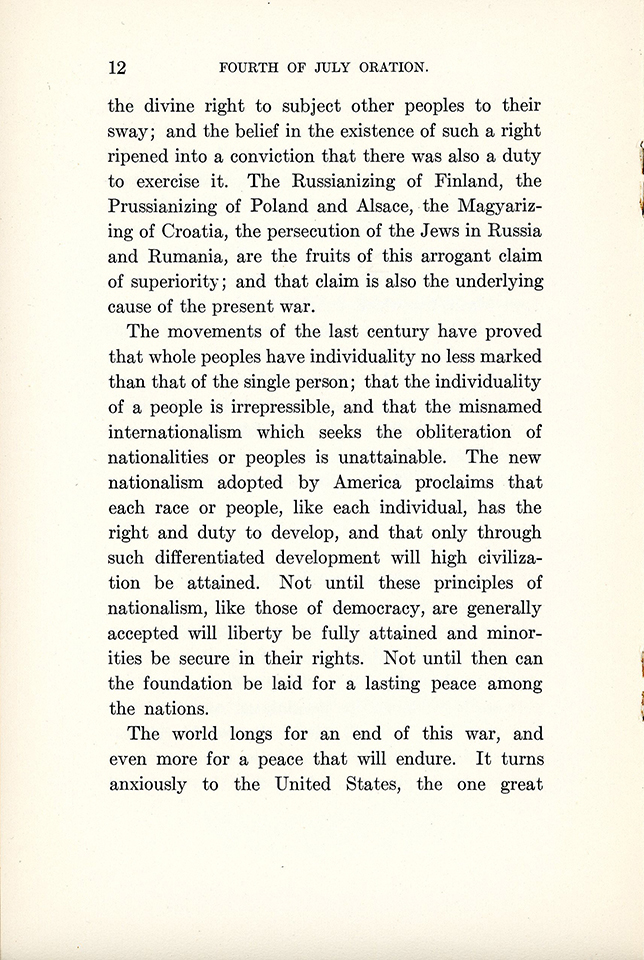 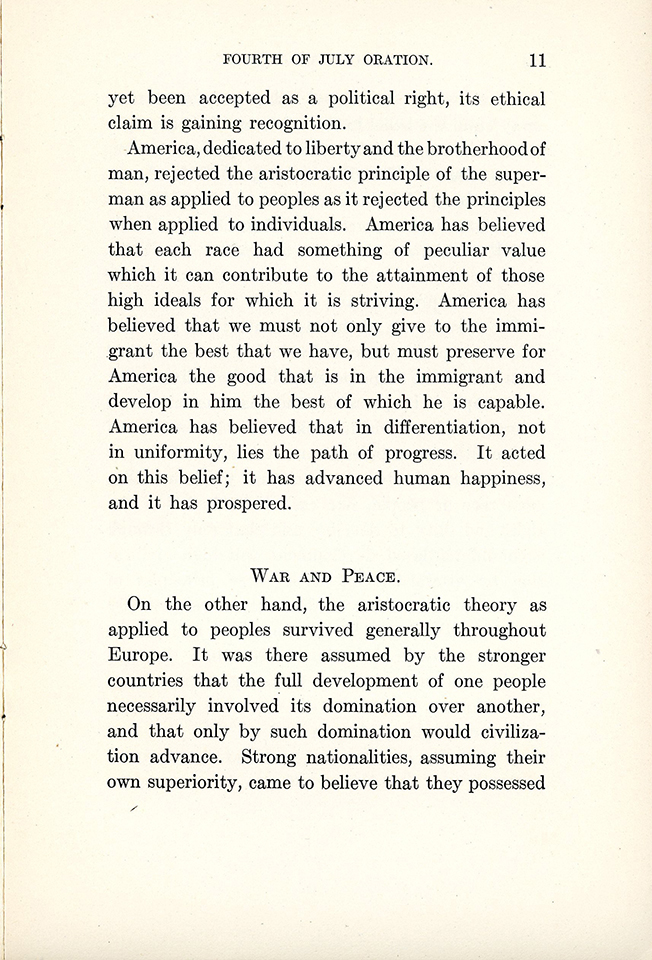 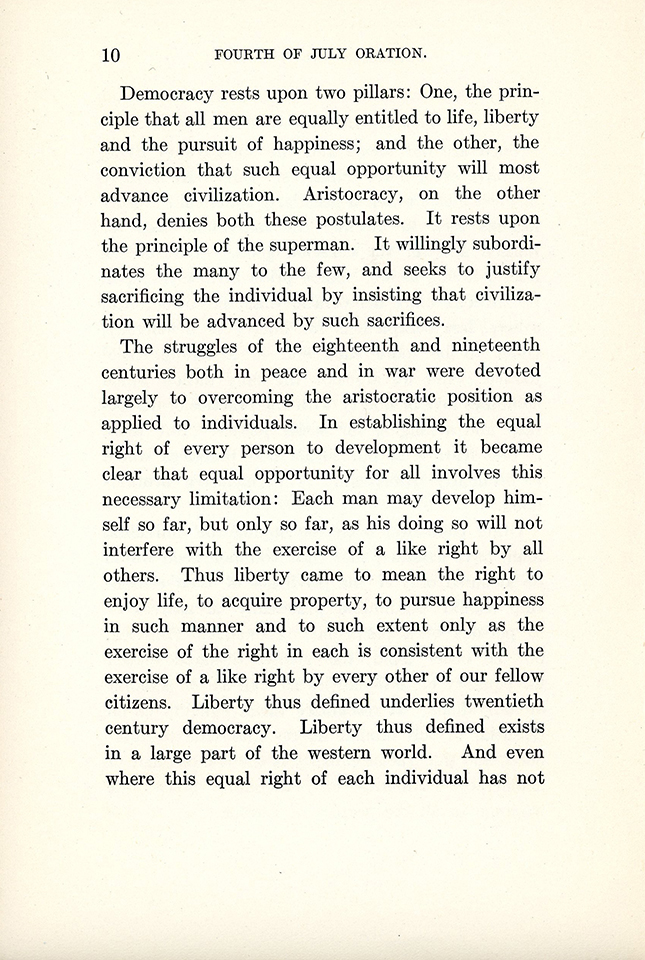 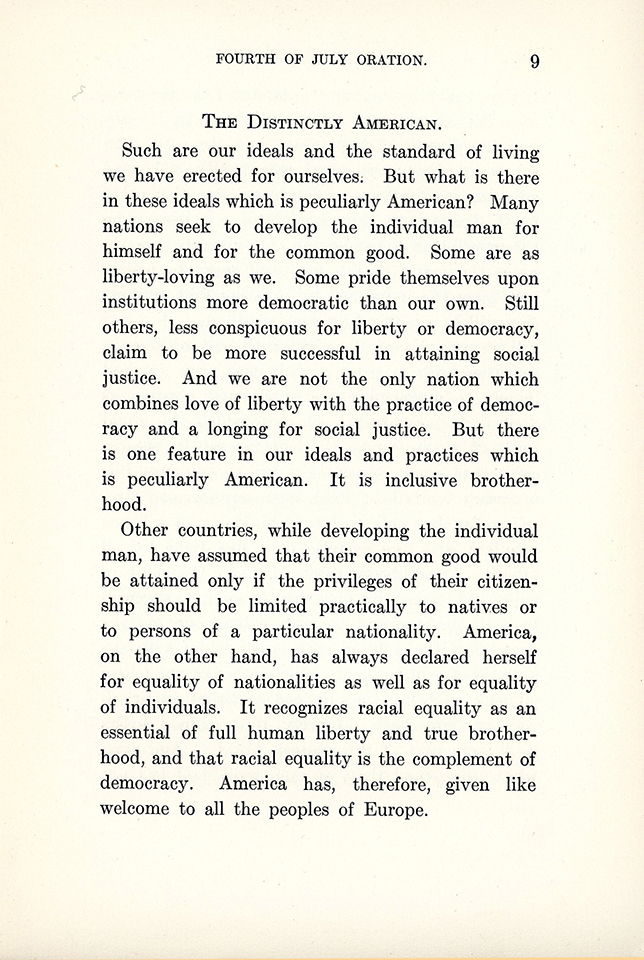 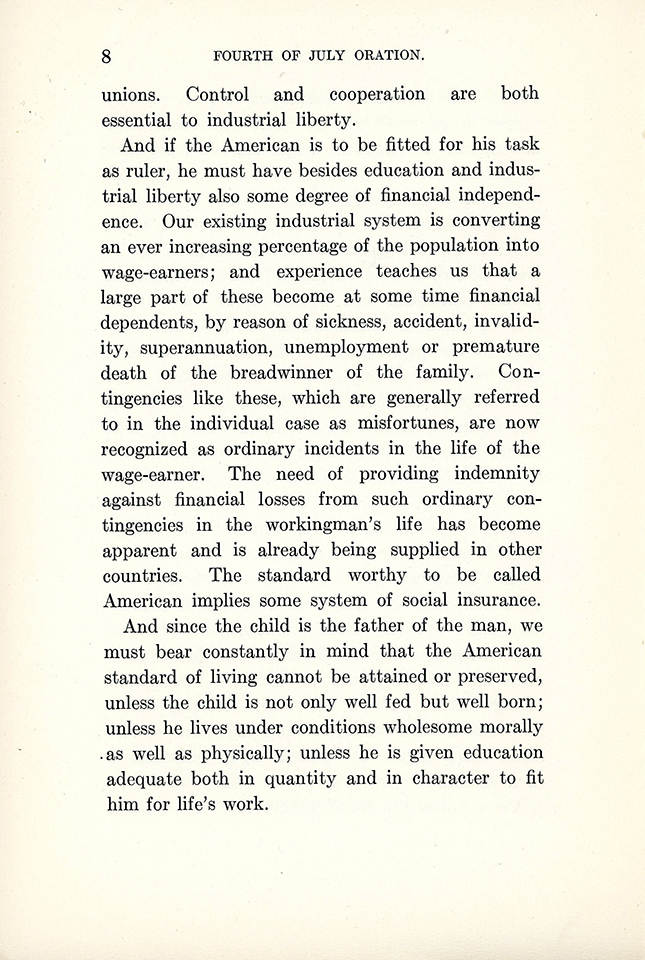 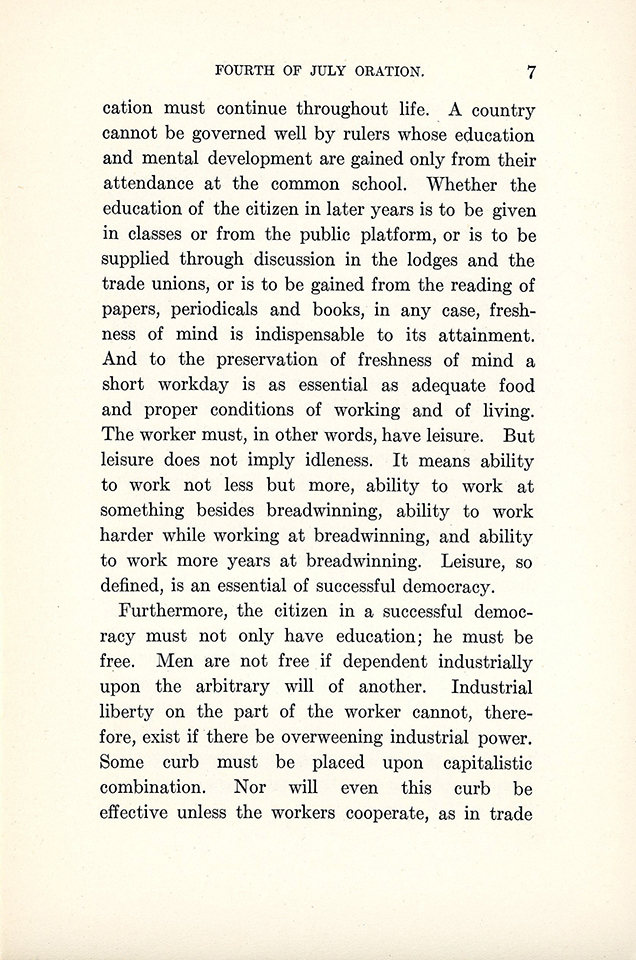 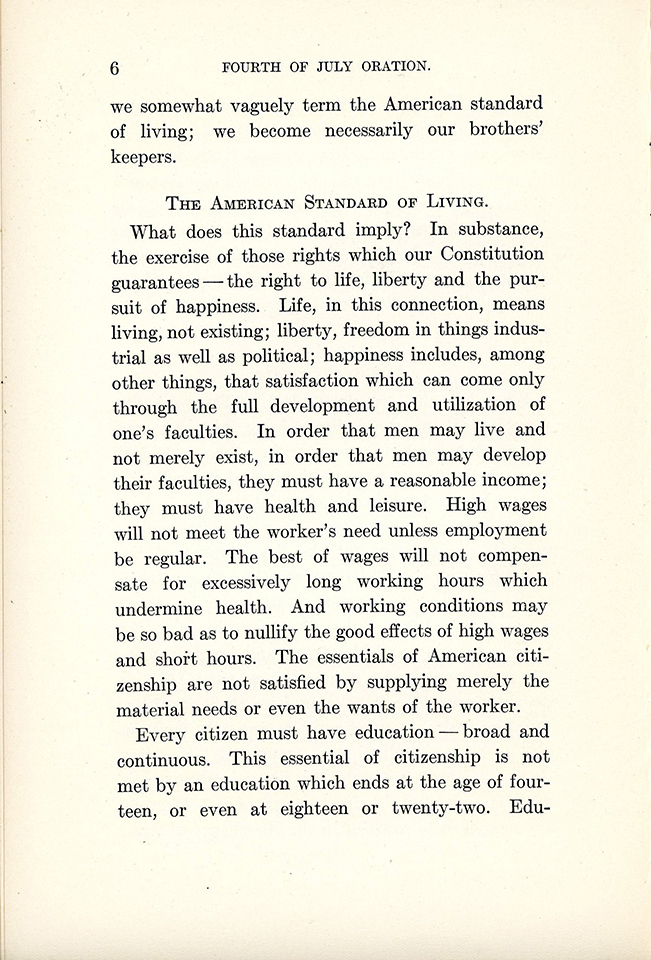 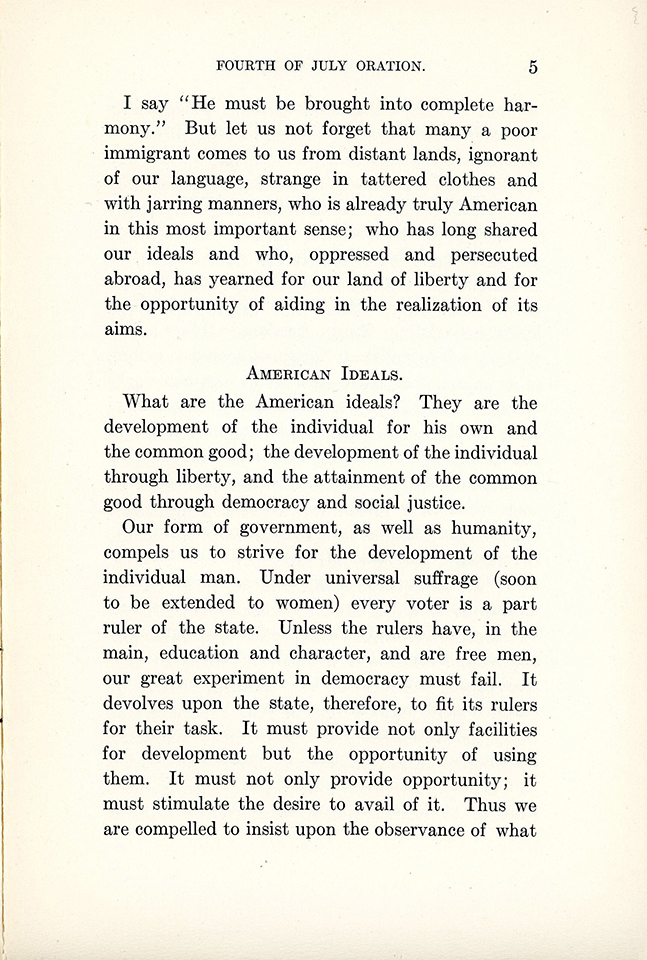 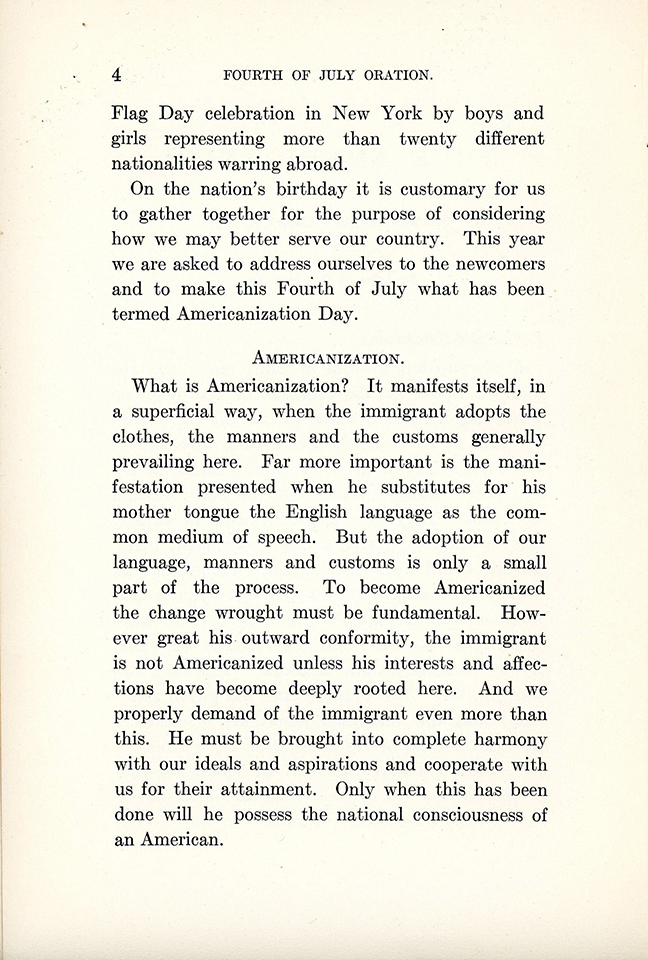 Pamphlet of speech delivered by Louis Brandeis at Fanueil Hall, Boston on July 5, 1915 in which he addresses the ideals and traditions he views as distinctly "American," such as liberty, democracy, social justice and a standard of living that includes fair working conditions, decent wages, education and financial independence. Brandeis names "inclusive brotherhood" - the welcoming of immigrants, racial equality and diversity - as the feature in these ideals that is "peculiarly American" and has led to America's prosperity. He concludes by suggesting the principles of Americanism could bring about lasting peace abroad.

Along with the text of Brandeis' oration, the pamphlet includes a photograph of Rev. Charles W. Lyons, S. J., President of Boston College, Chaplain of the Day. An appendix, "A List of Boston Municipal Orators" by C. W. Ernst, lists Boston orators appointed by the Municipal Authorities beginning in 1771.

p. 3 "The United States has grown great. The immigrants and their immediate descendants have proved themselves as loyal as any citizens of the country. Liberty has knit us closely together as Americans."

p. 4 "But the adoption of our language, manners and customs is only a small part of the process. To become Americanized the change wrought must be fundamental."

p. 5 "But let us not forget that many a poor immigrant comes to us from distant lands, ignorant of our language, strange in tattered clothes and with jarring manners, who is already truly American in this important sense; who has long shared our ideals and who, oppressed and persecuted abroad, has yearned for our land of liberty and for the opportunity of aiding in the realization of its aims."

NO COPYRIGHT - NON-COMMERCIAL USE ONLY
This Work has been digitized in a public-private partnership. As part of this partnership, the partners have agreed to limit commercial uses of this digital representation of the Work by third parties. You can, without permission, copy, modify, distribute, display, or perform the Item, for non-commercial uses. For any other permissible uses, please review the terms and conditions of the organization that has made the Item available.
http://rightsstatements.org/vocab/NoC-NC/1.0/