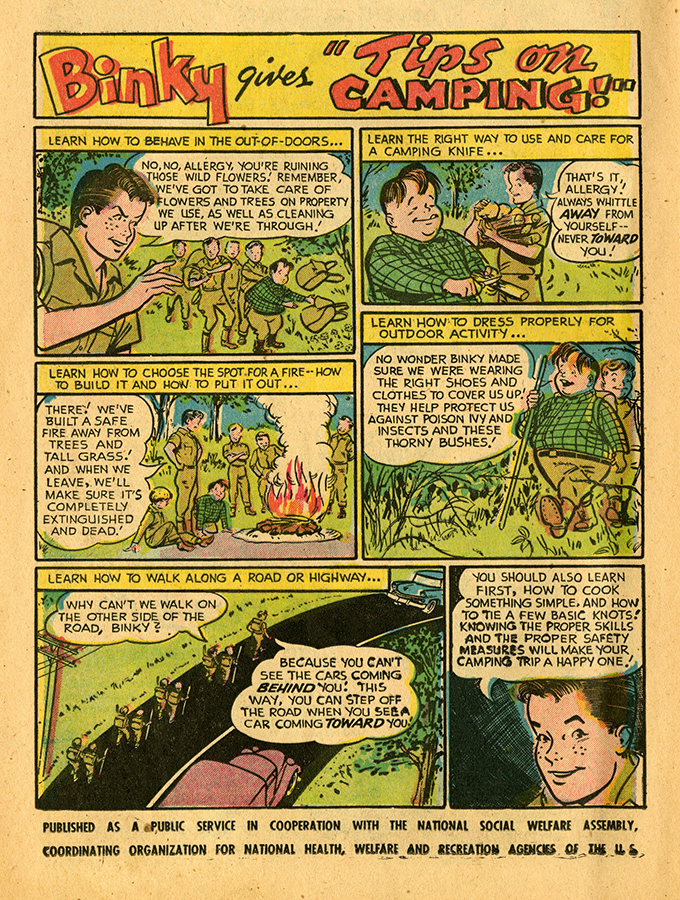 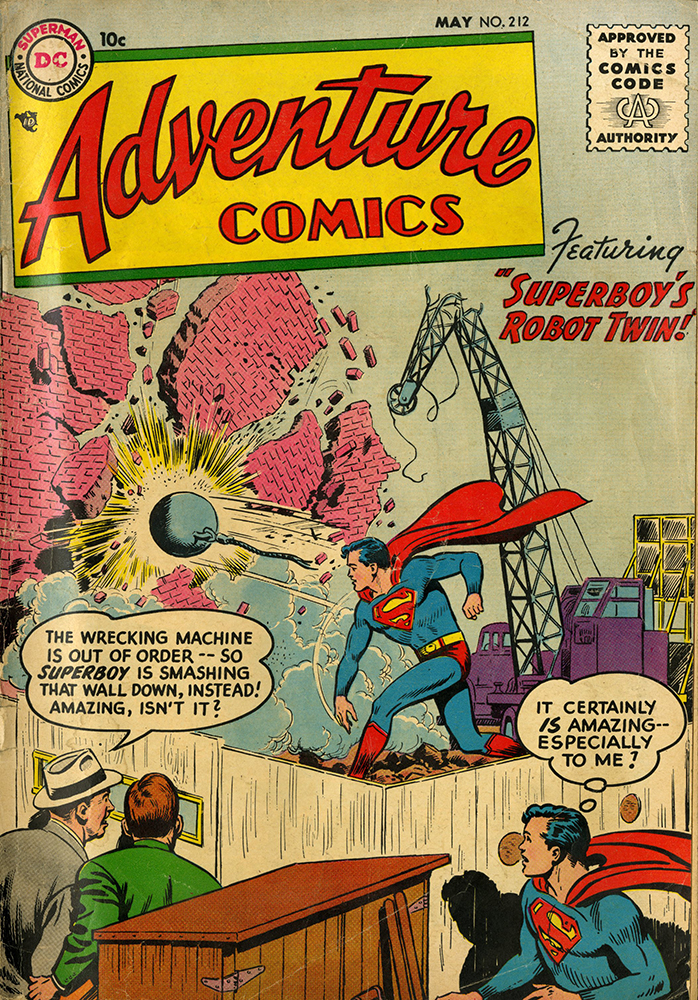 Comic description: Binky gives Allergy camping tip including: how to behave out-of-doors, how to take care of a camping knife, how to build a fire, and how to dress properly. Binky says, "Knowing the proper skills and the proper saftey measures will make your camping trip a happy one".

[Image description: Comic book cover shows Superboy's twin throwing a wrecking ball at a brick wall. Two men watch him and one says, "The wrecking machine is out or order -- so Supserboy is smashing that wall down, instead! Amazing, isn't it?". The real Superboy watches the robot Superboy with astonishment and thinks, "It certainly is amazing, Especially to me!"]