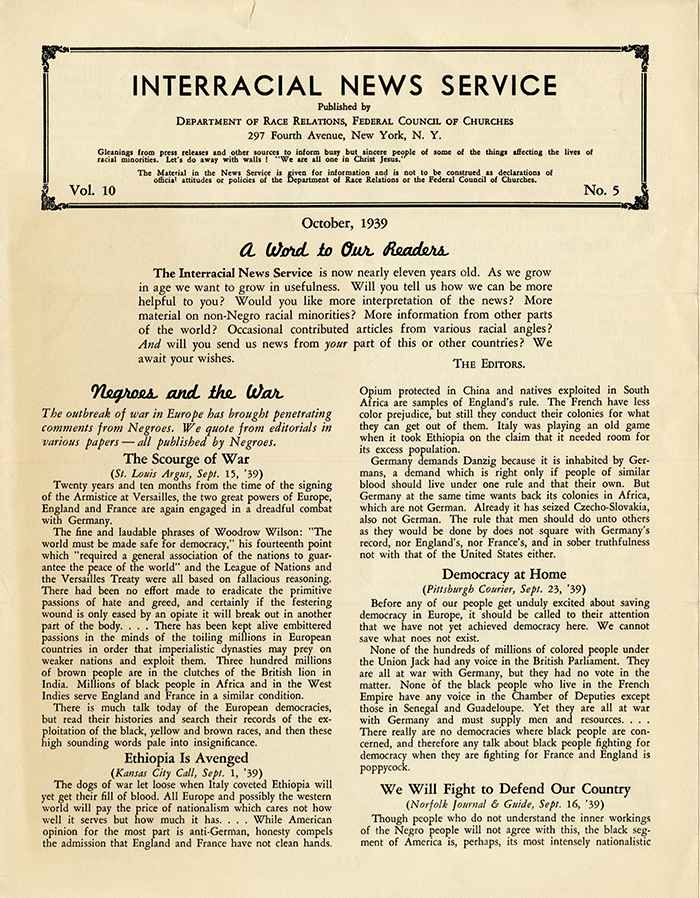 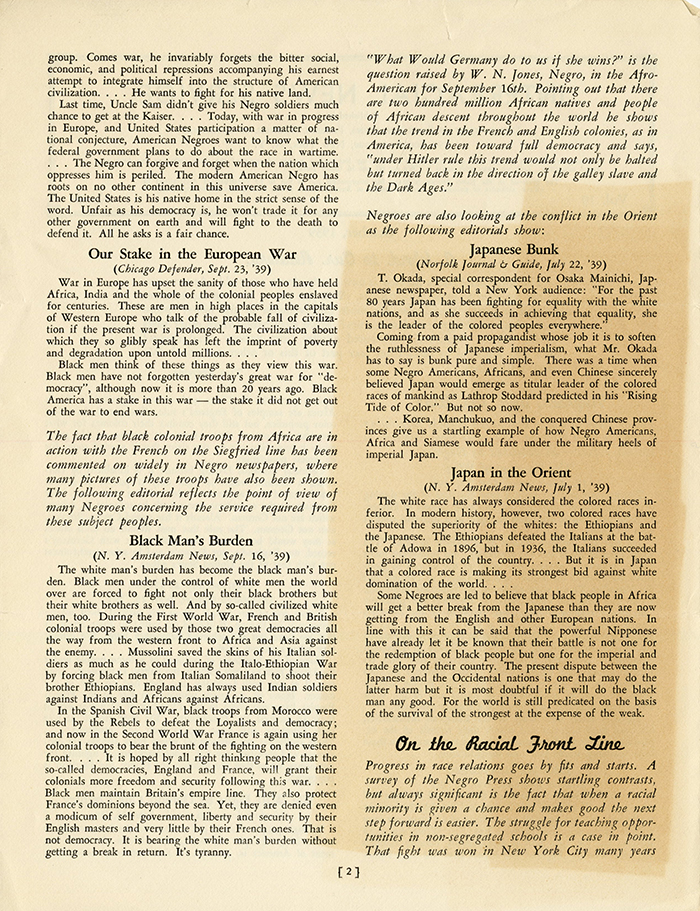 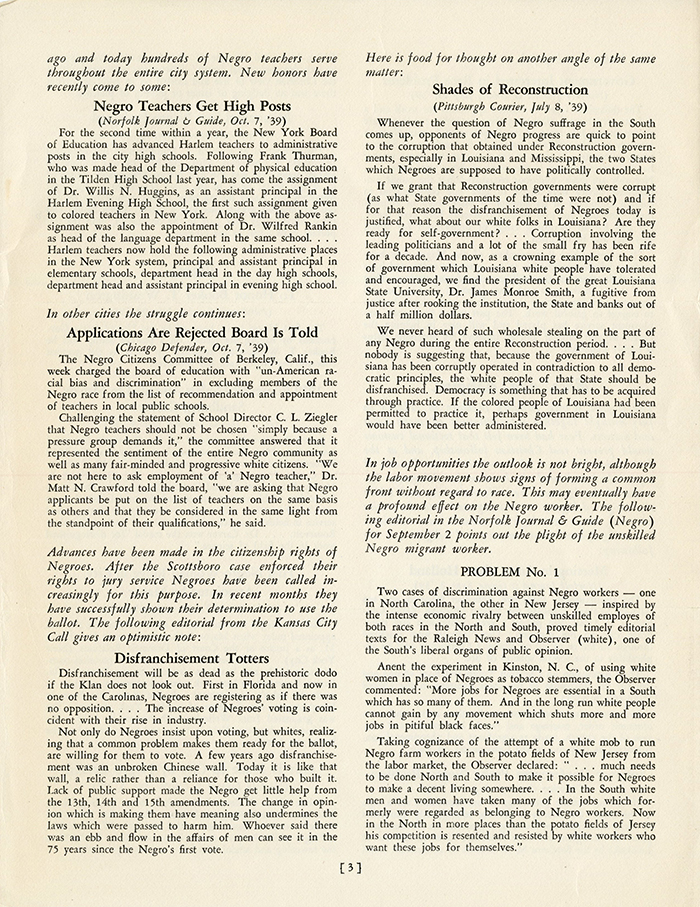 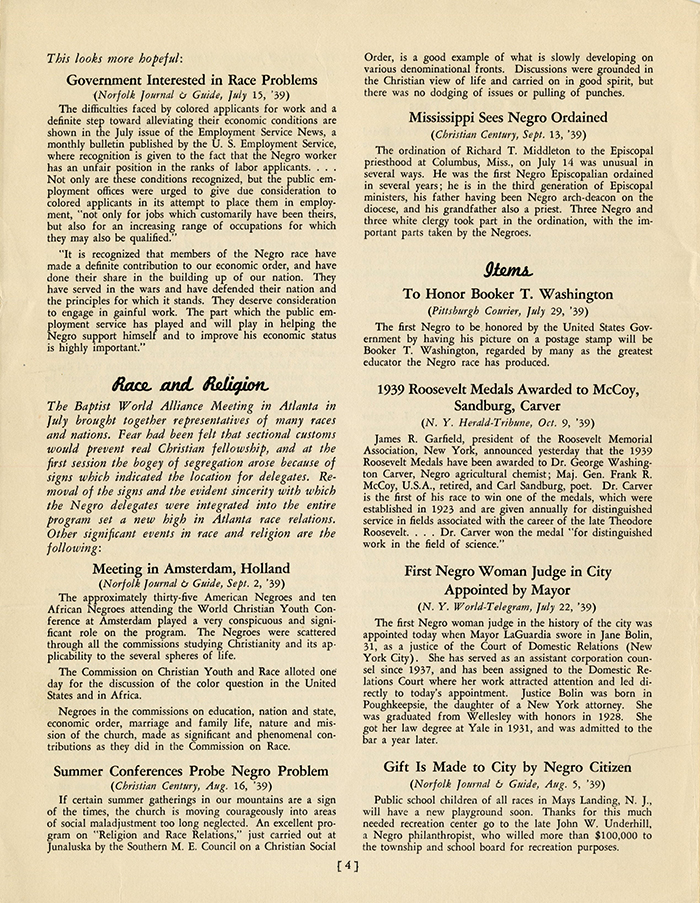 Masthead: "Gleanings from press releases and other sources to inform busy but sincere people of some of the things affecting the lives of racial minorities. Let's do away with walls ! 'We are all one in Christ Jesus.'
The Material in the News Service is given for information and is not to be construed as declarations of official attitudes or policies of the Department of Race Relations or the Federal Council of Churches."

This issue begins with the section "Negroes and the War." "The outbreak of war in Europt has brought penetrating comments from Negroes. We quote from editorials in various papers--all published by Negroes." The use of black troops by colonial powers is denounced.

Other items include a notice that Booker T. Washington is to be the first black American honored by the U. S. Government with his face on a postage stamp; the appointment of Jane Bolin as the first African American woman judge; and the significant bequest of John W. Underhill to Mays Landing, N.J.