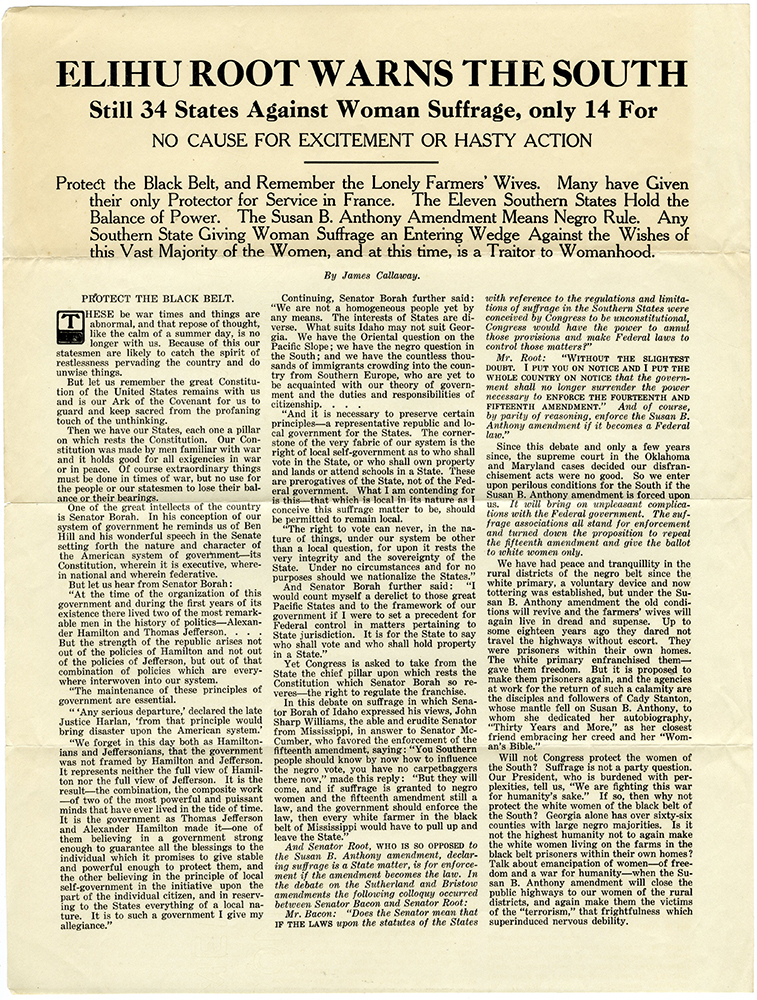 Broadside publishing an essay by James Callaway, editor of the Macon Telegraph and an ardent anti-suffragist.

"The cornerstone of the very fabric of our system is the right of local self-government as to who shall vote in the State, or who shall own property and lands or attend schools in a State. These are prerogatives of the State, not of the Federal government. What I am contending for is this--that which is local in  its nature as I conceive this suffrage matter to be, should be permitted to remain local.

The right to vote can never, in the nature of things, under our system be other than a local question, for upon it rests the very integrity and the sovereignty of the State."

Callaway discusses "complications" with the Federal government (including the Supreme Court that had decided against disenfranchisement laws) brought about when States cannot decide who gets to vote. He declares that the white primary was important for protecting white rural women in the black belt and making it safe for them to leave their homes without escort.

"Talk about emancipation of women--of freedom and a war for humanity--when the Susan B. Anthony amendment will close the public highways to our women of the rural districts, and again make them the victims of the 'terrorism,' that frightfulness which superinduced nervous debility."