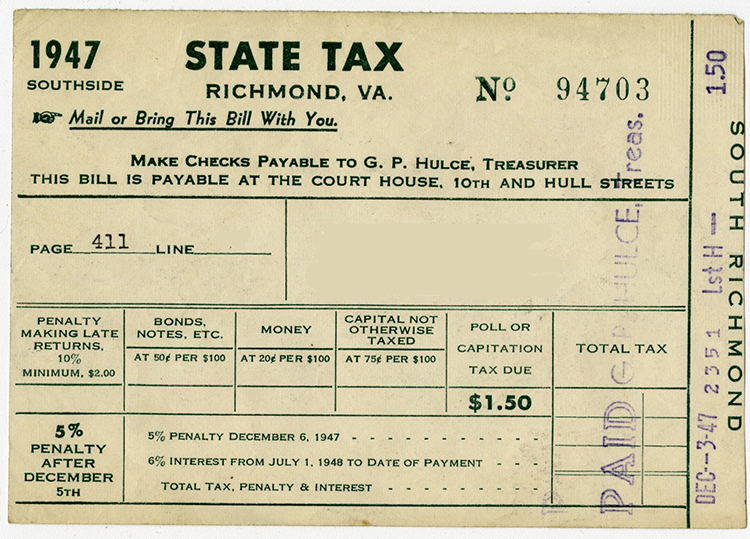 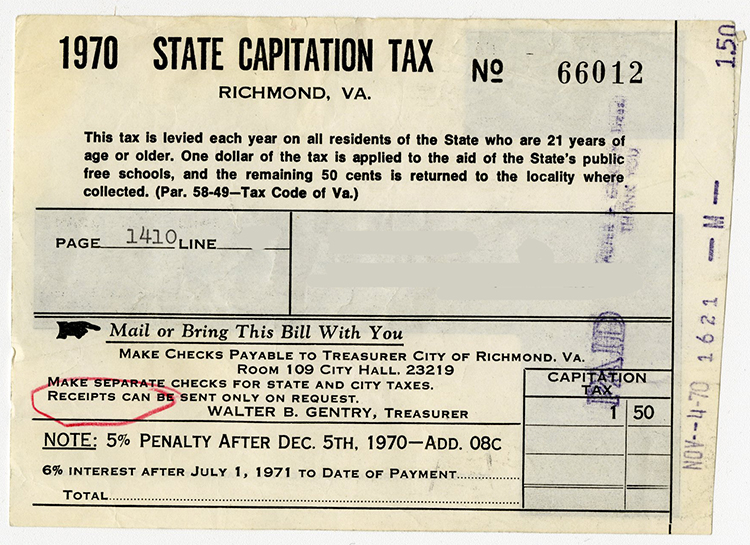 Note: Names and addresses have been removed from these receipts.

Poll taxes have a long and contentious history in the Commonwealth of Virginia. Payment of the tax first became a requirement for voting in 1876, as part of an effort to make it more difficult for African Americans and poor whites to participate in elections. Beginning in 1904, Virginians could not register to vote without presenting proof of having paid the poll tax for each of the three years preceding an election.

In March of 1966, in the case of Harper v. Virginia State Board of Elections, the U.S. Supreme Court ruled that the poll tax was unconstitutional. In 1970, the Virginia Constitution omitted authorization of the General Assembly to make payment of a poll tax a prerequisite for voting.