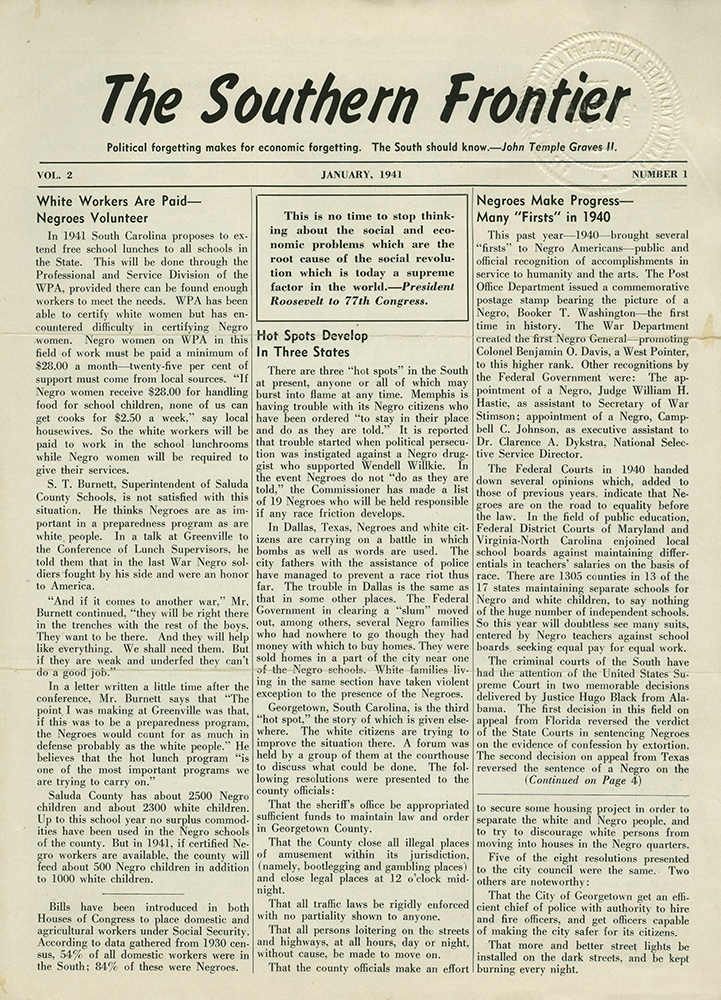 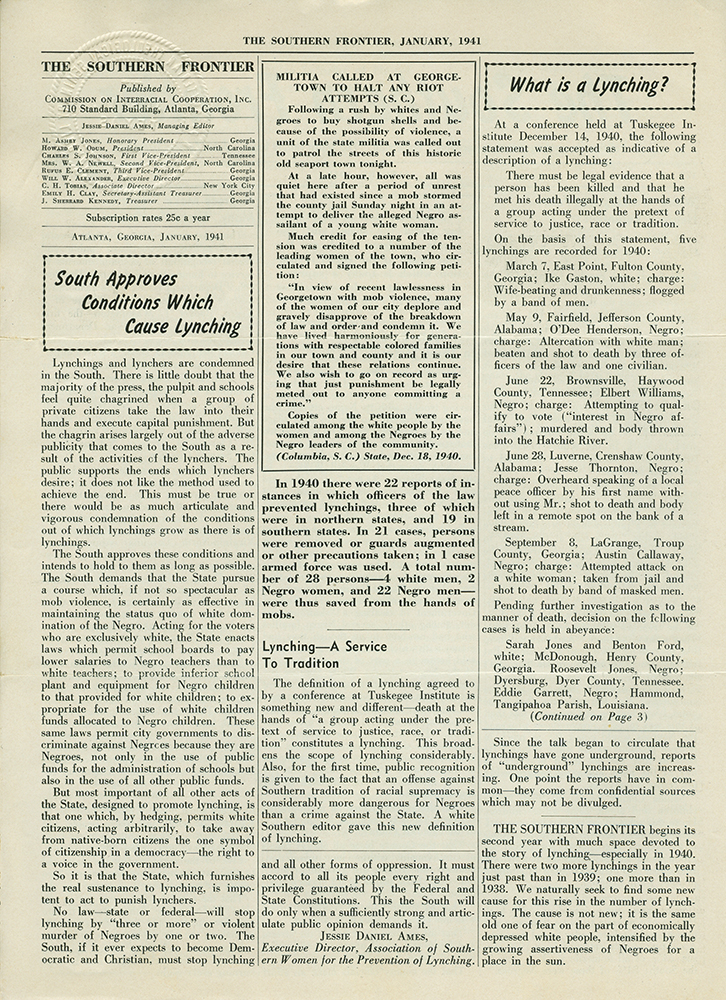 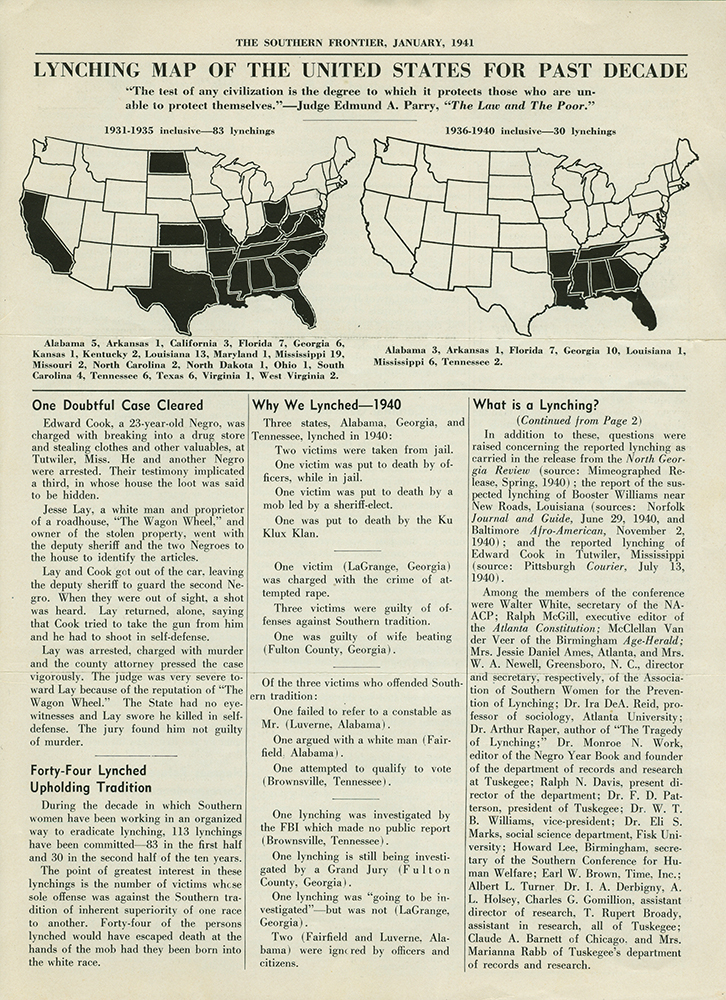 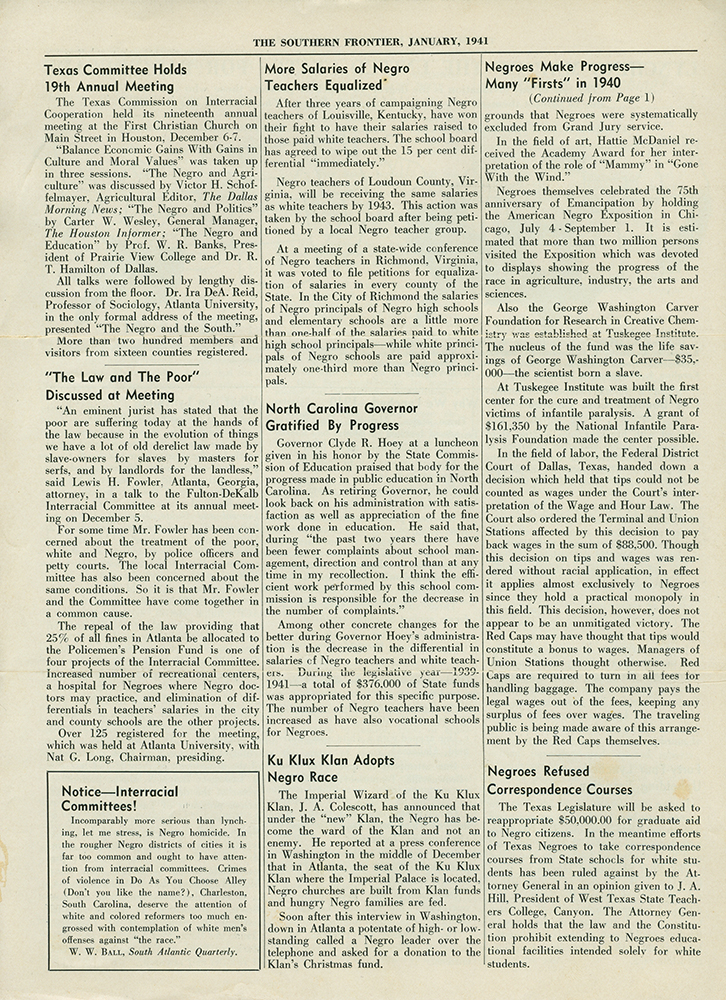 As described by then President of the CIC Howard W. Odum, the name The Southern Frontier alludes to the need for even greater pioneering and progress in the social and cultural frontiers, the American South being the most turbulent field in reference to race relations and progress at the time.

“Hot Spots Develop In Three States” – An article about high racial tensions in Memphis, TN; Dallas, TX; and Georgetown, SC, and how the general public, city governments, and police departments are responding.

“What is a Lynching?” – An article describing a December 14, 1940 conference held at Tuskegee Institute in which a definition of lynching was accepted as needing “legal evidence that a person has been killed and that he met his death illegally at the hands of a group acting under the pretext of service to justice, race or tradition.”

"Lynching Map of the United States for the Past Decade"

"Why We Lynched--1940" notes the reasons for various lynchings in the South.