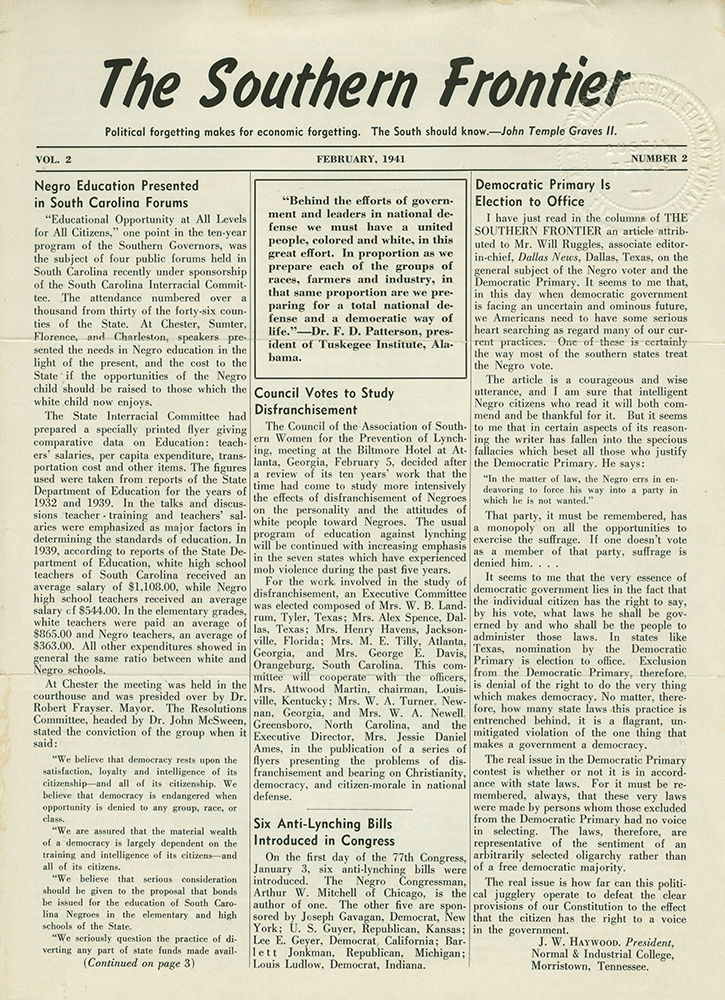 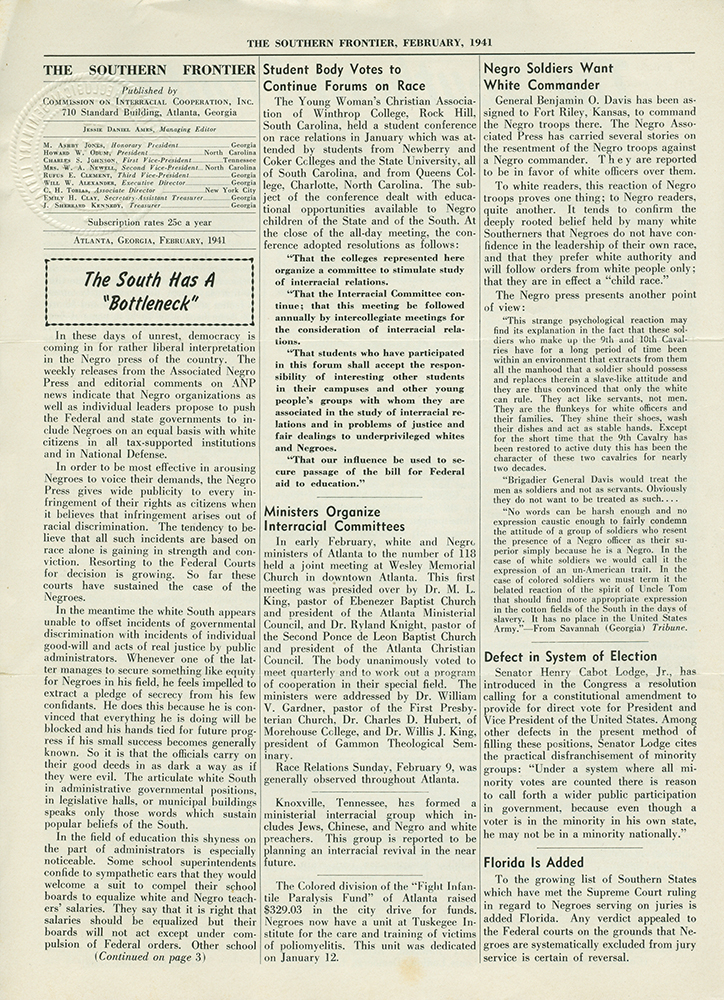 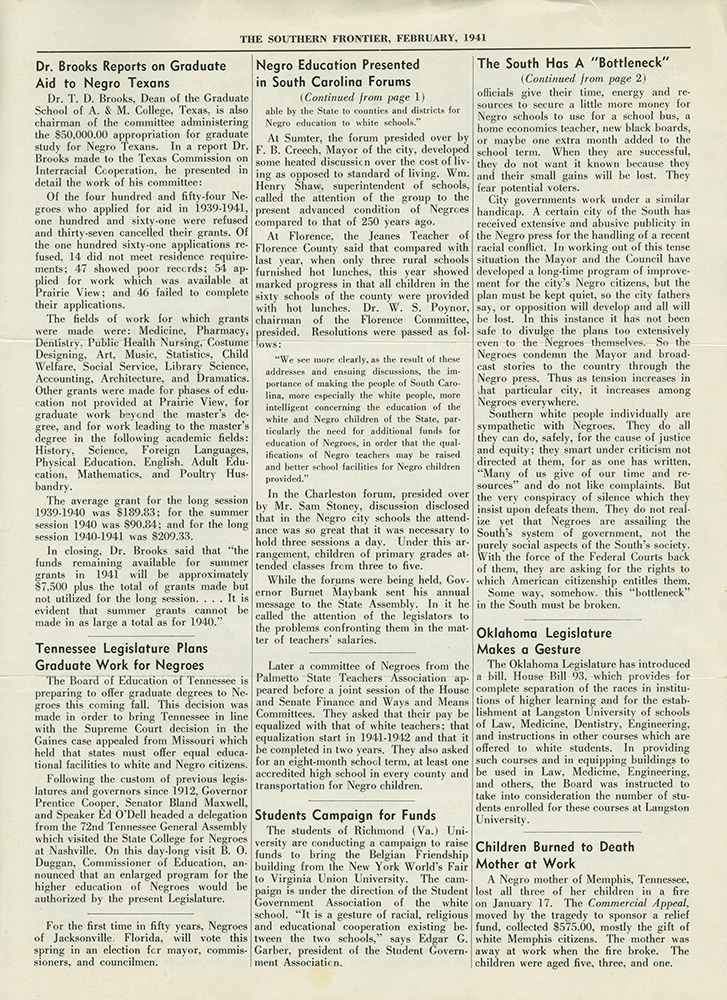 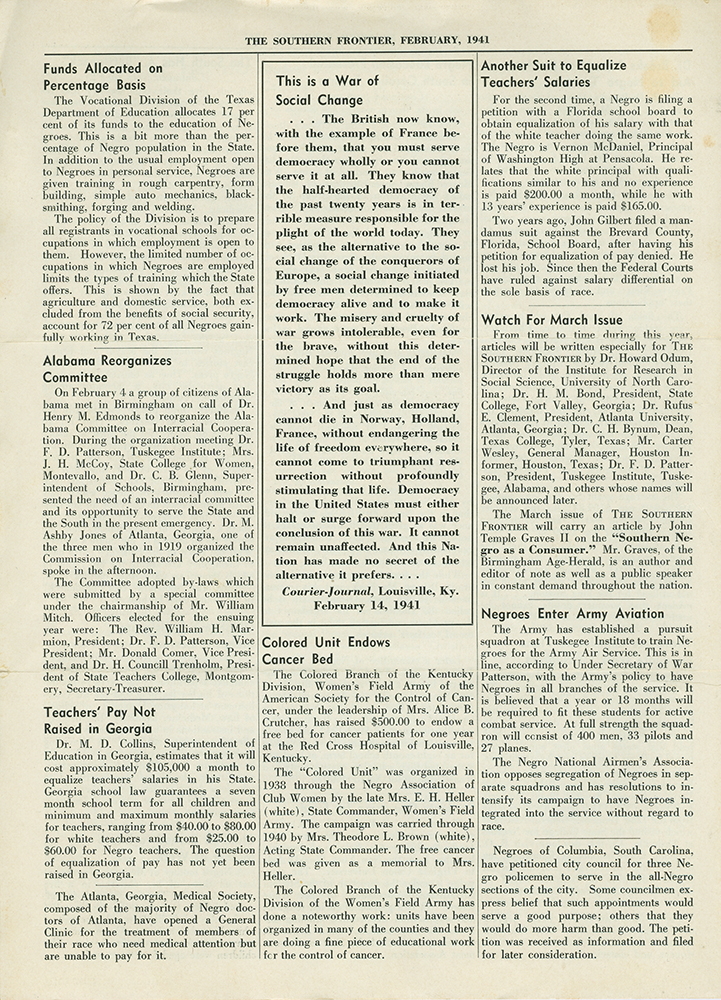 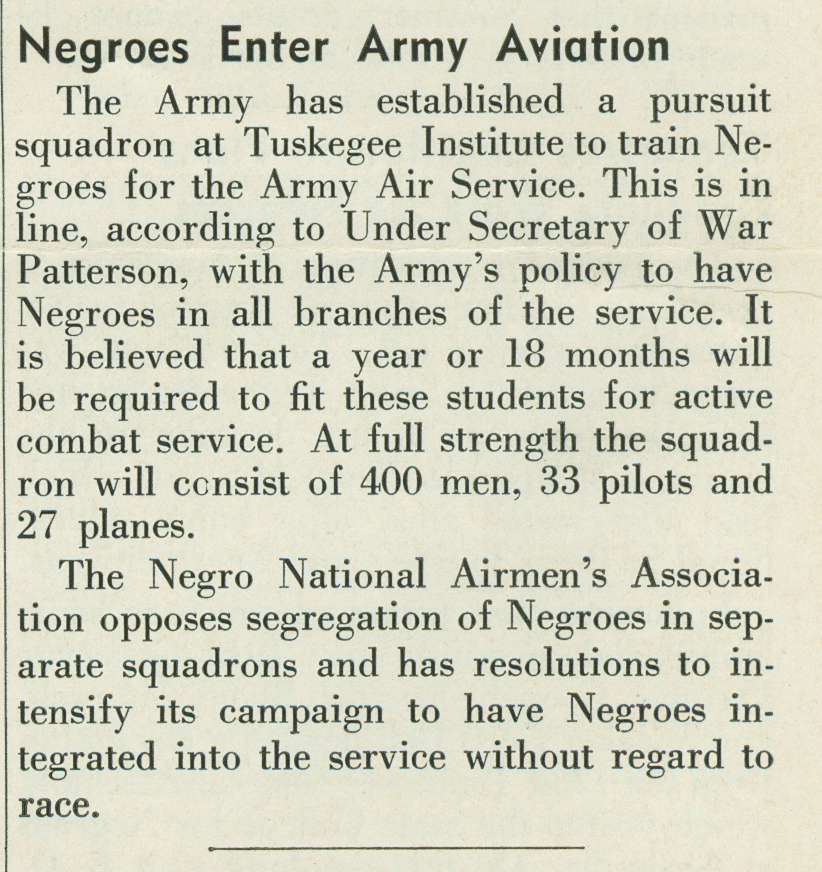 As described by then President of the CIC Howard W. Odum, the name The Southern Frontier alludes to the need for even greater pioneering and progress in the social and cultural frontiers, the American South being the most turbulent field in reference to race relations and progress at the time.

“The South Has a `Bottleneck’” – An article describing the South as an environment common with incidents of governmental discrimination towards black citizens, as well as acts of goodwill on the parts of individual white citizens, but that are in turn done in silence or in secrecy to avoid backlash from governing or administrating entities.

“Negro Soldiers Want White Commander” – An article describing a case in which a platoon of black soldiers holding resentment over being assigned a black commander. The article provides analysis of this story, one from a white southerner perspective, the other from a black southerner perspective.

"Negroes Enter Army Aviation" discusses the formation of the Tuskegee Airmen. The article notes that the (Negro) National Airmen's Association opposes segregation in the military.