Why Should Women Vote? An Appeal to Gallant Men. [suffrage pamphlet] 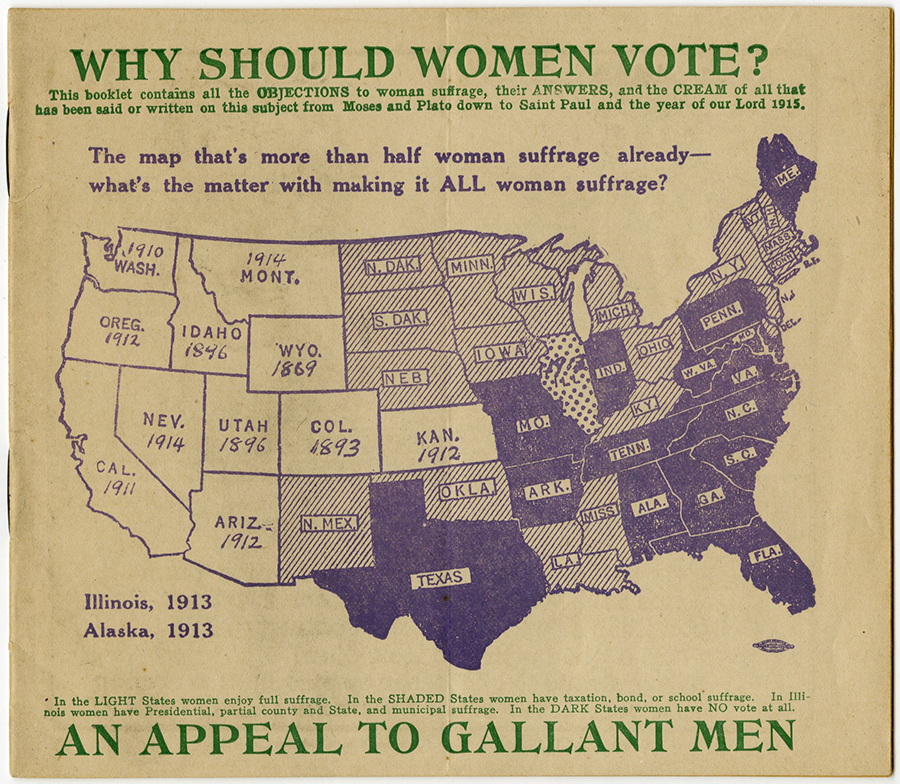 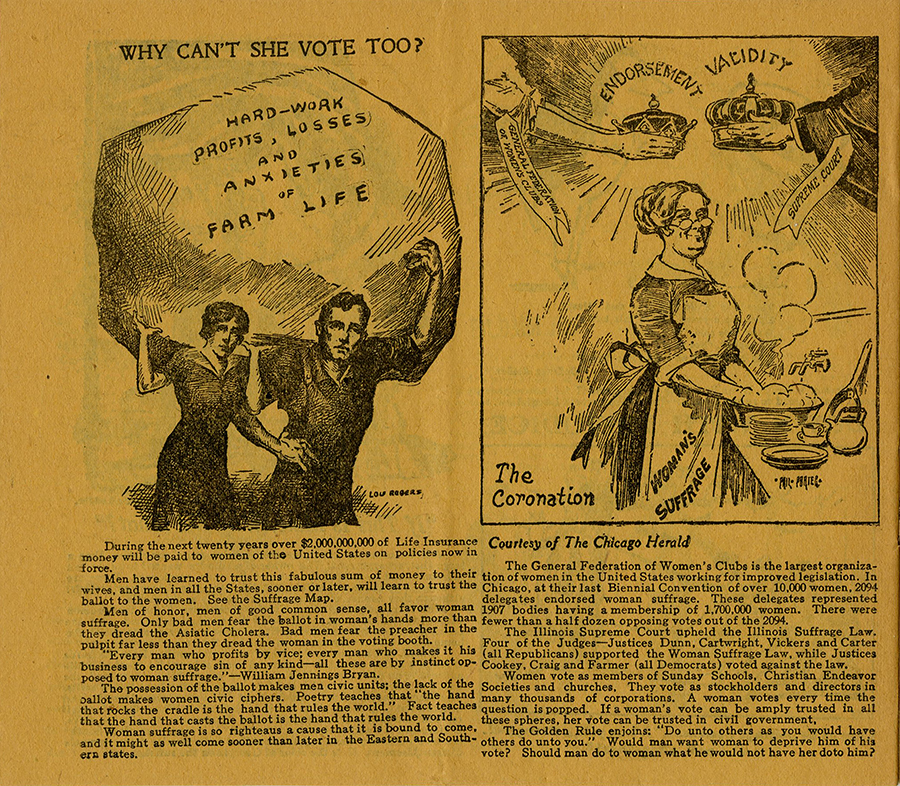 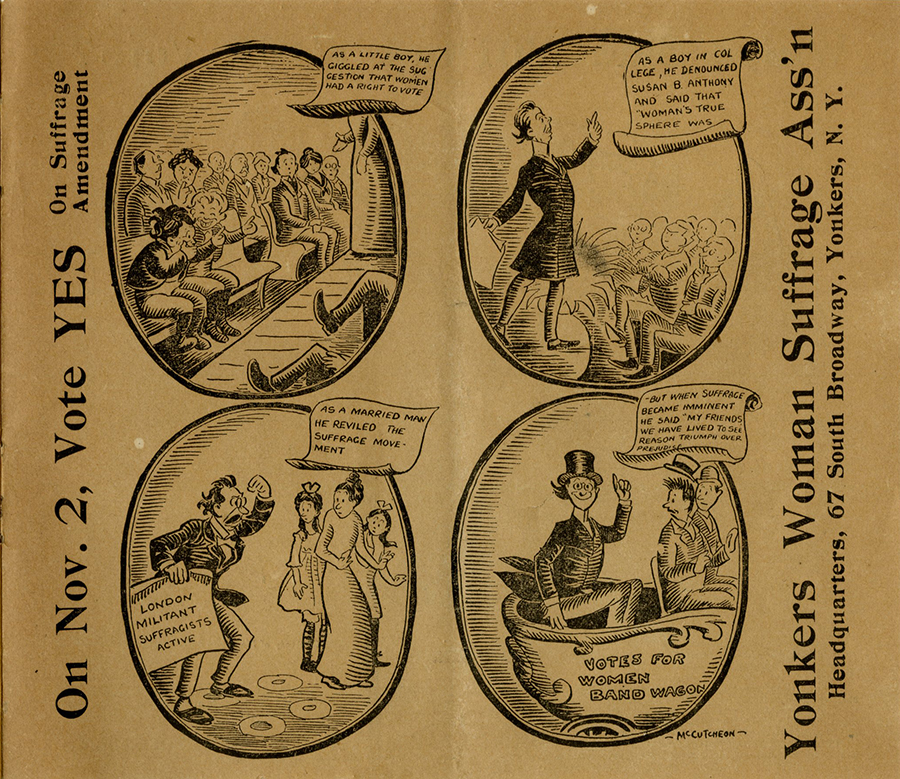 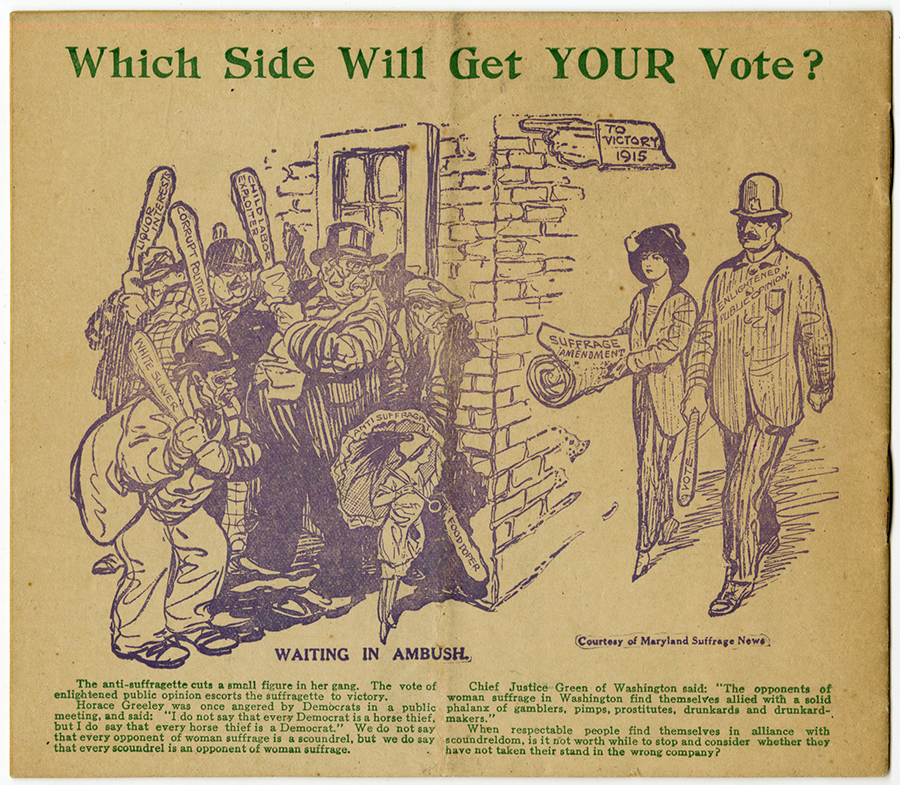 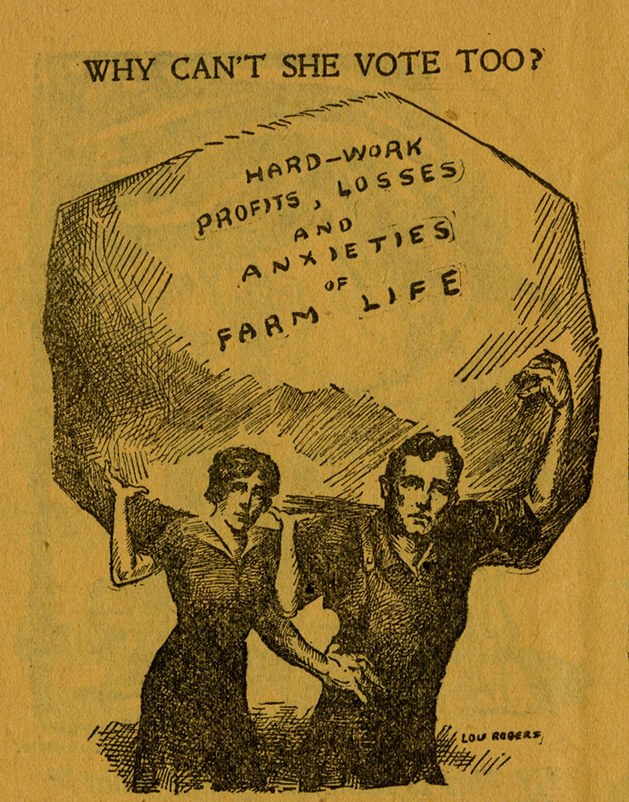 Why Should Women Vote? An Appeal to Gallant Men. [suffrage pamphlet]

Pro-suffrage pamphlet containing editorial cartoons by Lou Rogers, Phil Porter, and John T. McCutcheon, along with a map showing where women can vote.

p.1 (cover) "WHY SHOULD WOMEN VOTE?
This booklet contains all the OBJECTIONS to woman suffrage, their ANSWERS, and the CREAM of all that has been said or written on this subject from Moses and Plato down to Saint Paul and the year of our Lord, 1915.

AN APPEAL TO GALLANT MEN."

Chief Justice Green said, 'The opponents of woman suffrage in Washington find themselves allied with a solid phalanx of gamblers, pimps, prostitutes, drunkards and drunkard-makers.'

When respectable people find themselves in alliance with scoundreldom, is it not worth while to stop and consider whether they have not taken their stand in the wrong company?"