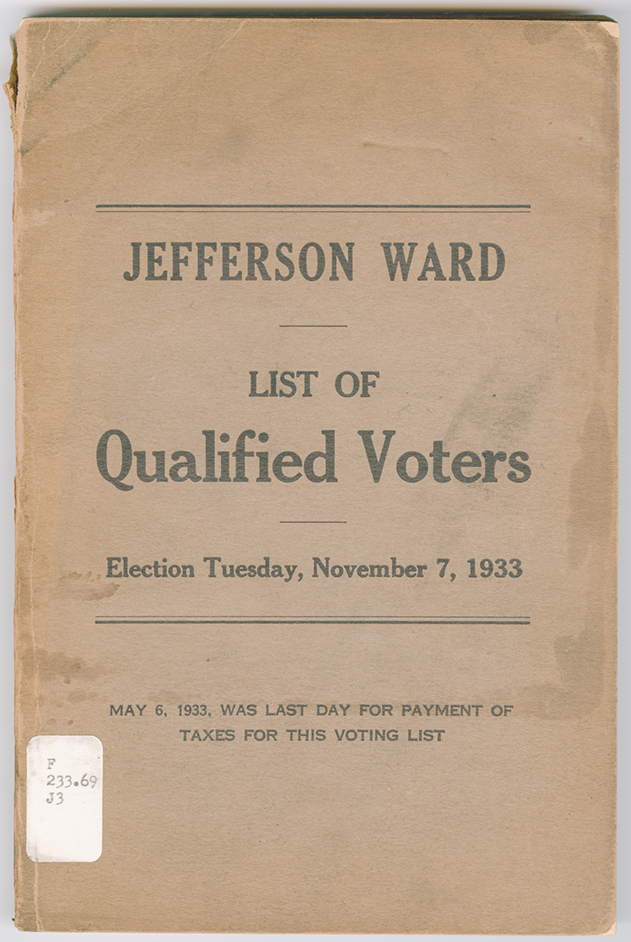 This 1933 booklet provides “a list of persons in Jefferson Ward in the City of Richmond, who have paid their State Poll Taxes.” Poll taxes were enacted by many southern states after Reconstruction to suppress African American voting. Such taxes were a precondition for voting and thus disenfranchised those who could not pay the fee.

Use of the poll tax in federal elections was abolished with the passage of the Twenty-fourth Amendment in 1964, and in state-level elections by the 1966 Supreme Court decision in Harper v. Virginia Board of Elections.

Unknown, but presumably “H. L. Hulce, Treasurer of the City of Richmond, Virginia,” who swore “that the foregoing is a true list,” as described on page 305.