Nobody Knows How Dry They Are [1932 Presidential Election handbill] 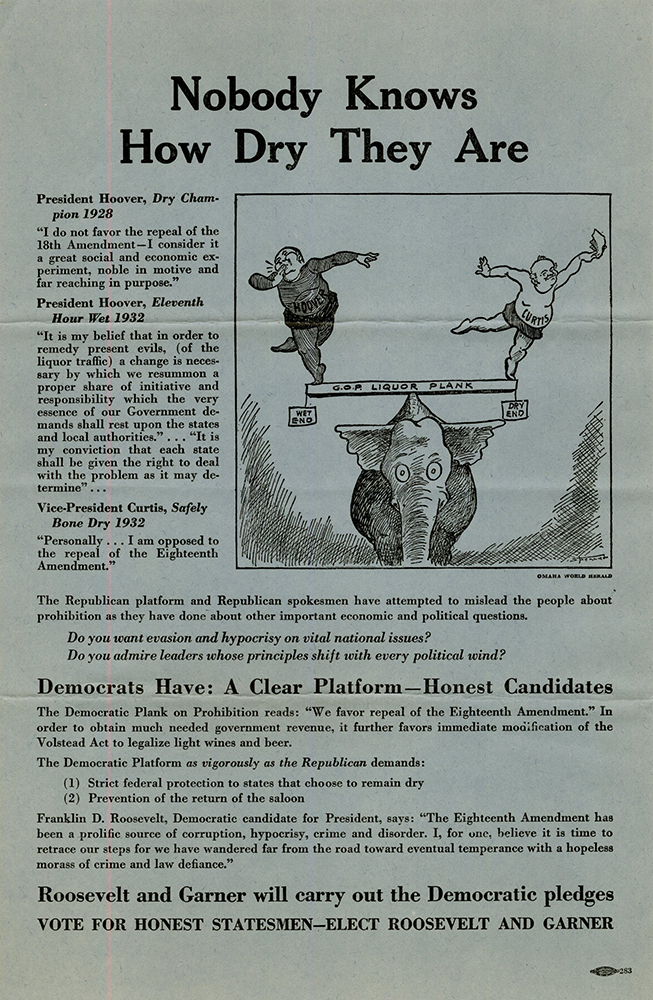 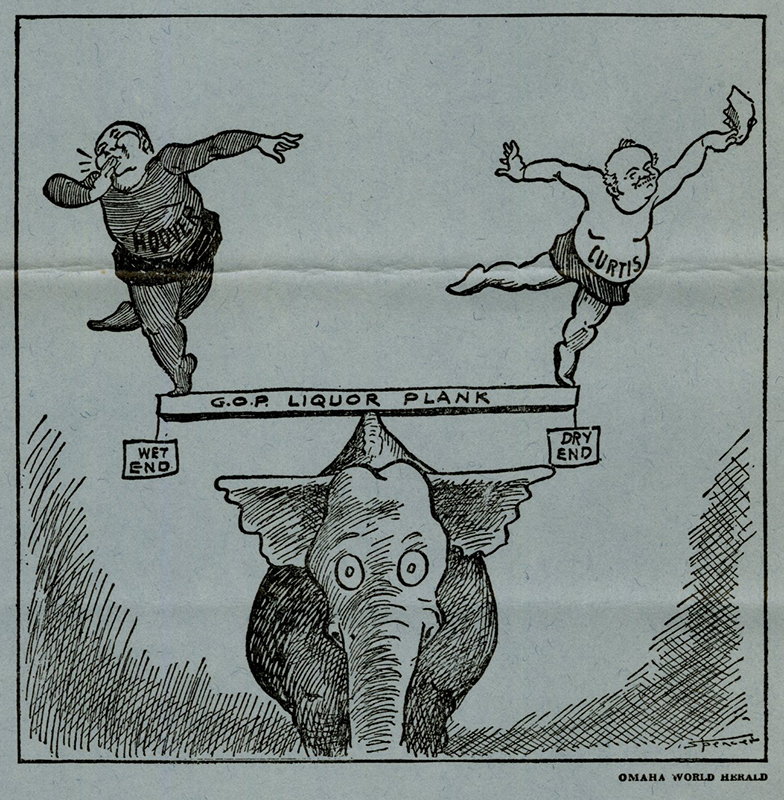 Nobody Knows How Dry They Are [1932 Presidential Election handbill]

This handbill advocates for the election of Democratic presidential candidate Franklin D. Roosevelt and his running mate John Nance Garner, and for the repeal of the Eighteenth Amendment. The handbill title calls to mind a popular refrain, "How Dry I Am."

An editorial cartoon by Guy Spencer (reprinted from the Omaha World Herald) points out that Republican Herbert Hoover and his running mate, Charles Curtis, hold opposing positions on the issue of repeal.

"The Republican platform and Republican spokesmen have attempted to mislead the people about prohibition as they have done about other important economic and political questions.

Do you want evasion and hypocrisy on vital national issues?
Do you admire leaders whose principles shift with every political wind?

Democrats Have: A Clear Platform--Honest Candidates
The Democratic Plank on Prohibition reads: 'We favor repeal of the Eighteenth Amendment.' In order to obtain much needed government revenue, it further favors immediate modification of the Volstead Act to legalize light wines and beer.

The Democratic Platform as vigorously as the Republican demands:
(1) Strict federal protection to states that choose to remain dry
(2) Prevention of the return of the saloon"