Anti-Allies and the Dog [editorial cartoon by Blanche Ames Ames] 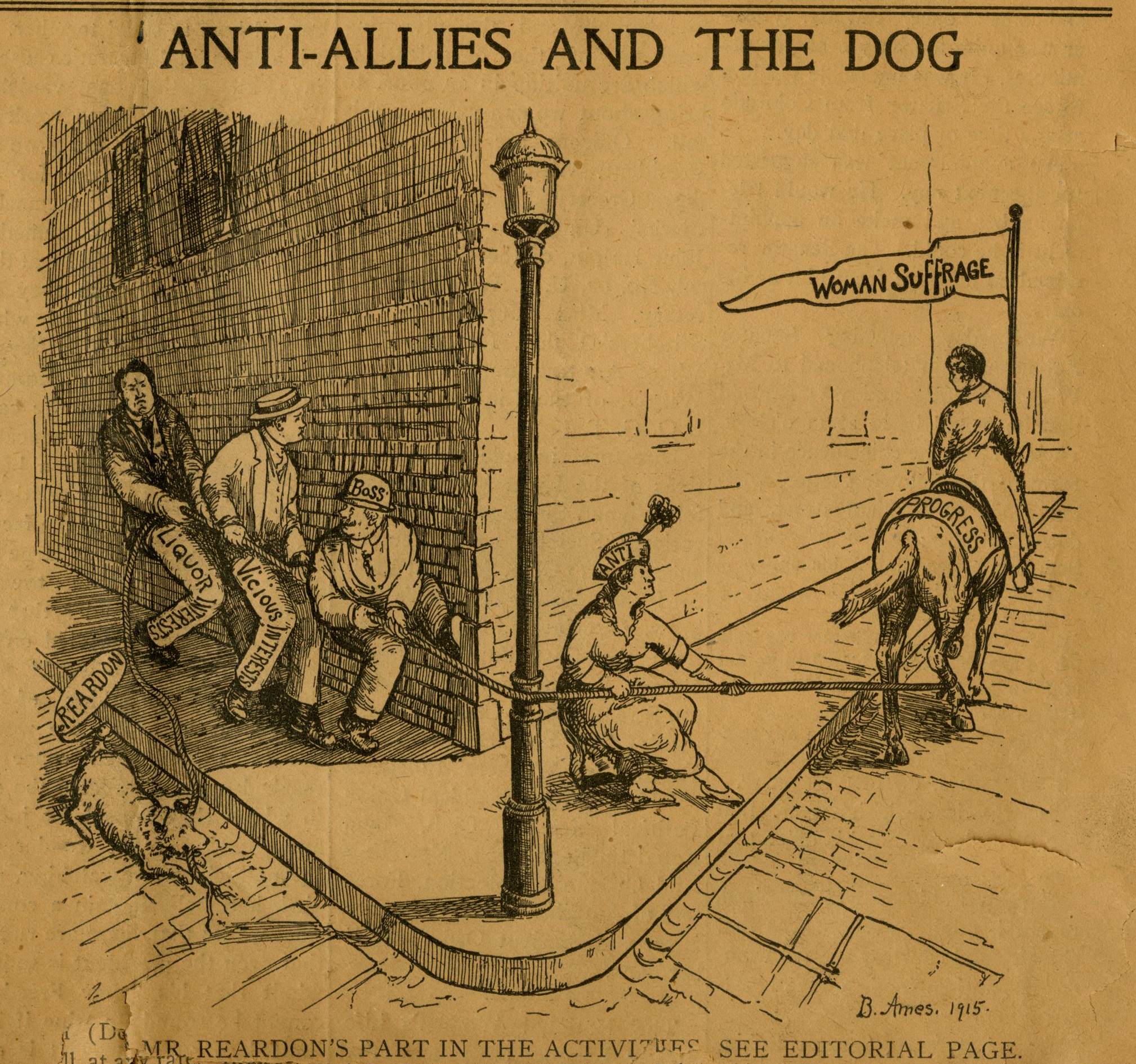 Anti-Allies and the Dog [editorial cartoon by Blanche Ames Ames]

Editorial cartoon by Blanche Ames Ames from the front page of Woman's Journal and Suffrage News, vol. 46, no. 40 (Saturday, October 2, 1915).

"Anti-Allies and the Dog" shows a woman wearing a hat marked "Anti" impeding the progress of a woman on horseback who carries the banner Woman Suffrage. The Anti has tied a rope to one of the horse's elgs.

Hidden behind a wall are other forces helping to slow the progress of Woman suffrage: "Bo$$," "Vicious Interests," "Liquor Interests," and a dog with "Reardon" tied to his tail. Reardon may refer to Representative Dennis F. Reardon of Boston, who voted against woman suffrage and founded a Voters Anti-Suffrage League.

Acknowledgment of Virginia Commonwealth University Libraries as a source is requested.